The first race of Dunlop Cup Gymkhana tournament will be held on March 13 (Sunday).

It is a debut of CBR 600 F who bought in September of last year and steadily raised the potential.

It's perfect! It is a place I'd like to say but as I am still in a state of changing the setting every day
It is not a satisfactory condition. 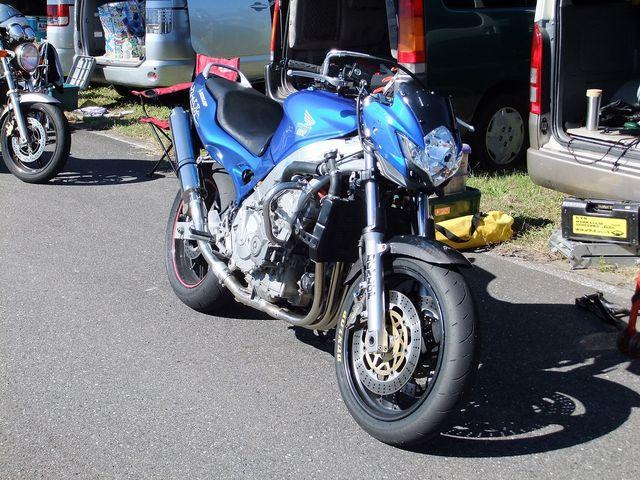 In order to match the spring of F = 1.0 kg tested in the previous Dunlop skill, the oil level changed from 115 mm to 125 mm is set as the oil level
I will bring down the setting by participating in the JAGE training tomorrow Saturday to test.

Is the goal of the first race called A class podium?

If we can attack it, will we be able to be on the podium? Because I think that it is coming up to say
I would like to do my best as a challenger.

Well what results are waiting? I am looking forward to it.