Preliminary preparation is difficult for touring from the first week of the week.
I almost finished preparations on Thursday and I let you leave immediately on Friday.
Well the long Friday is over and we are leaving at last (^ ^) / 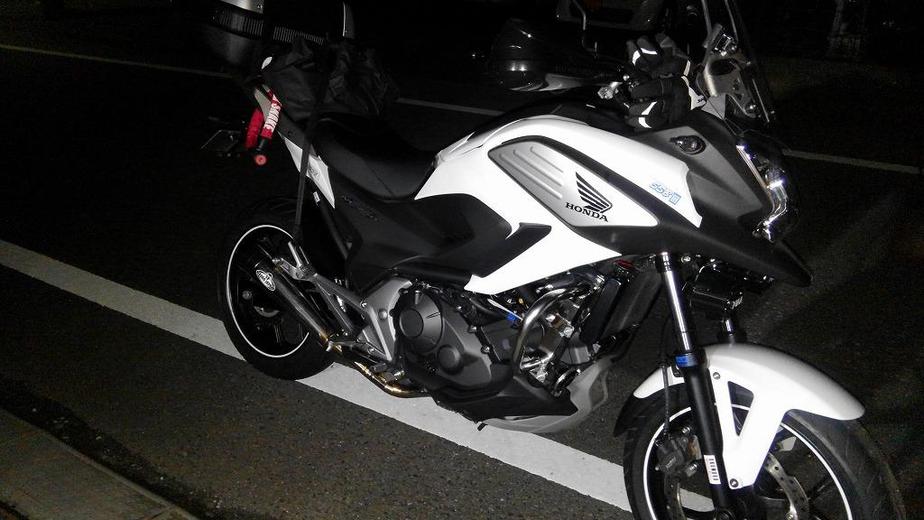 Since I was ready, I leave before 6 o'clock.
But this time it overlaps with the time I got home from work I'm crowded ~
If I thought I hated it, change the route at any moment past past Gofuka
I left the Kobu tunnel and got on the central road from Uenohara.
Suddenly darkness Pass road way! However, if there is a super bright light of NC, it can comfortably escape.
I got dinner at Futaba SA on the way after I entered the high speed.
Because it is the first dinner for touring – I put on a spirit and made it as a pork cutlet. 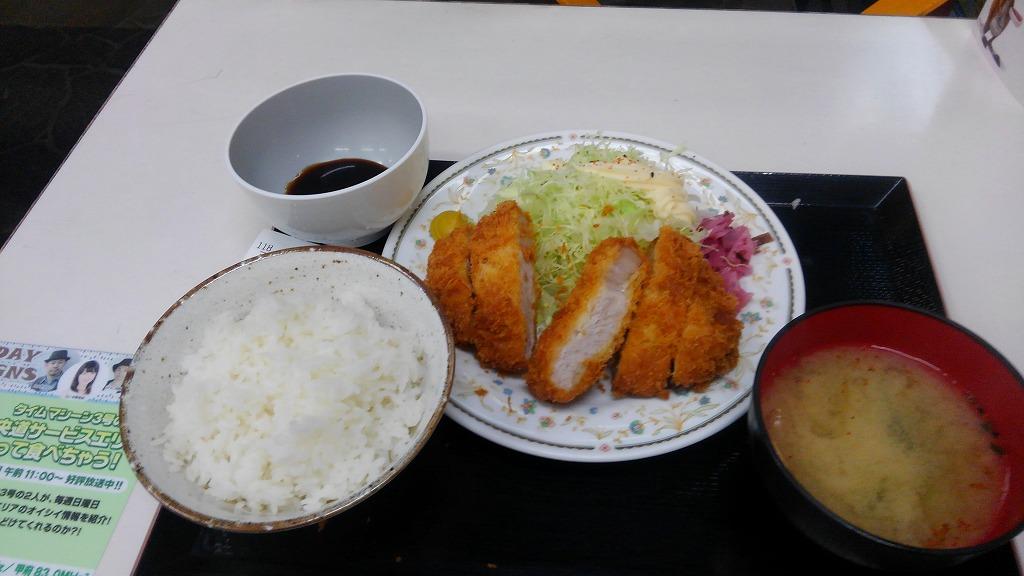 Even then I arrived at Ina at 9 o'clock while I was worried over whether it would overtake a clash!
I went to bed early in preparation for departure early in the morning.

Loading is also completed at AM 5: 45! I am leaving early. "I am burning out" 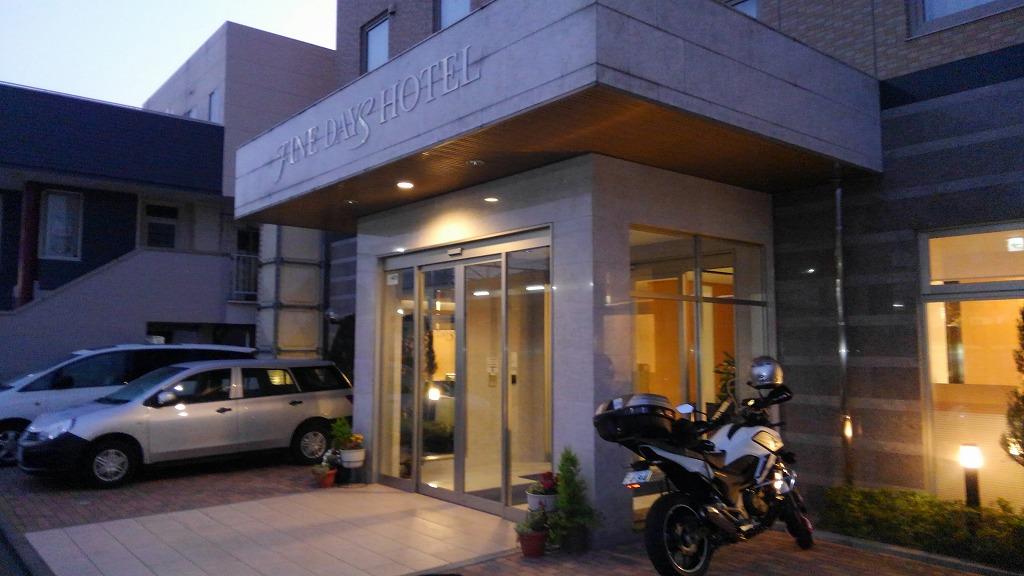 Ina's temperature this time is 9 ℃! Although it is rather cold, if it is a tourer specification NC, there is no problem at all.
It is a comfortable departure.
Go through Kohei tunnel and go out to Kiso and run R361 towards Takayama. 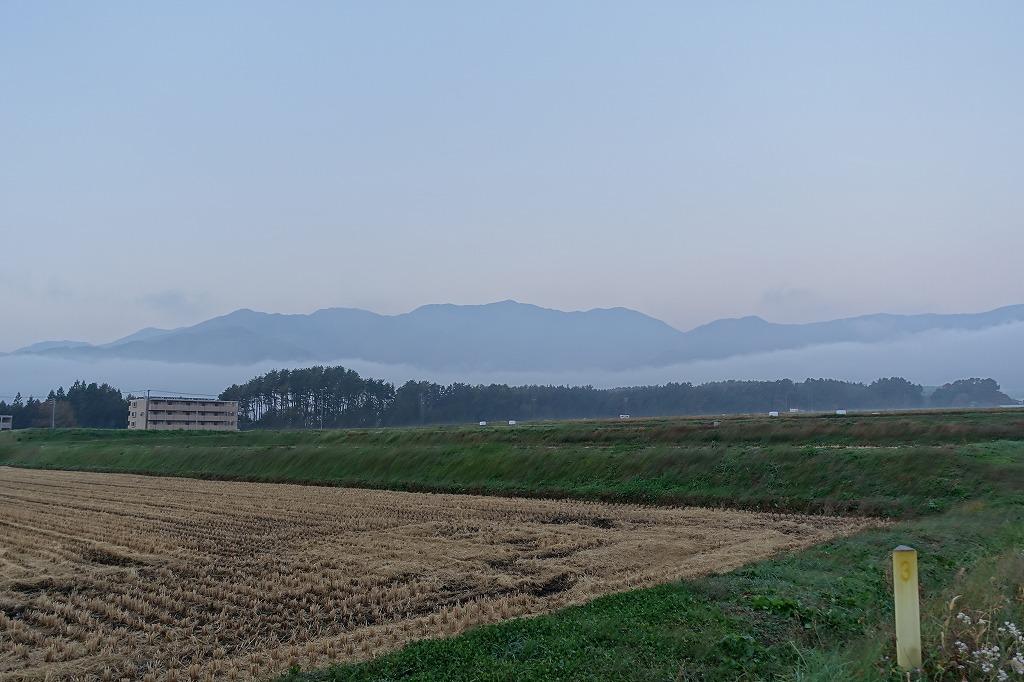 Koda Kogen is also comfortable. But the temperature goes down steadily
7 ° C in the vicinity of the Kaeda Highlands, but still feeling still good (^ ^) / hot grip is also good feeling and warm. 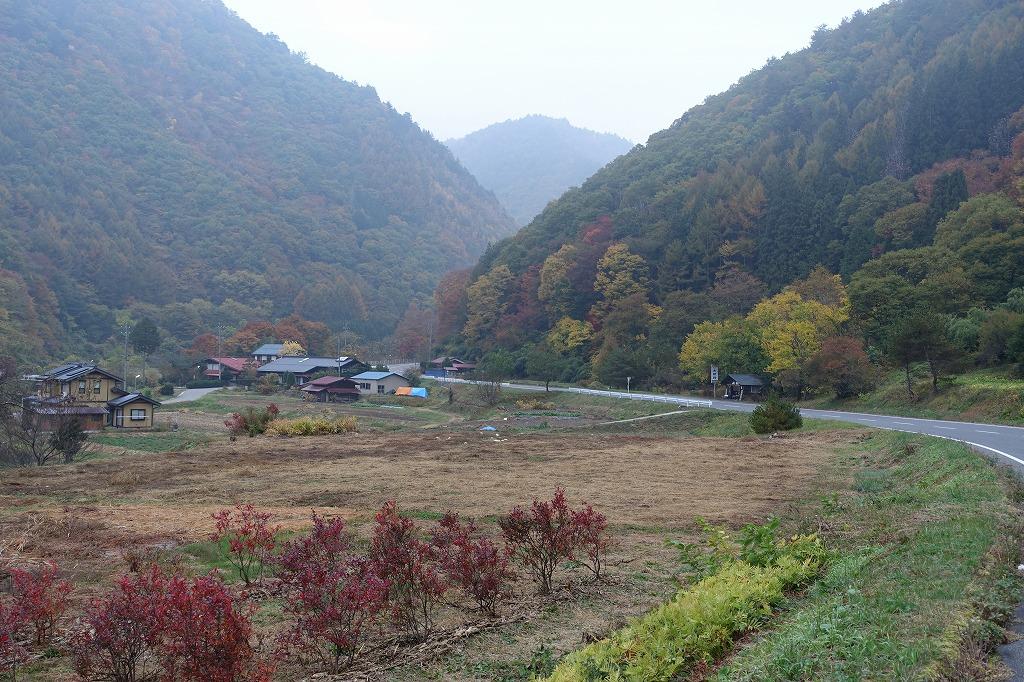 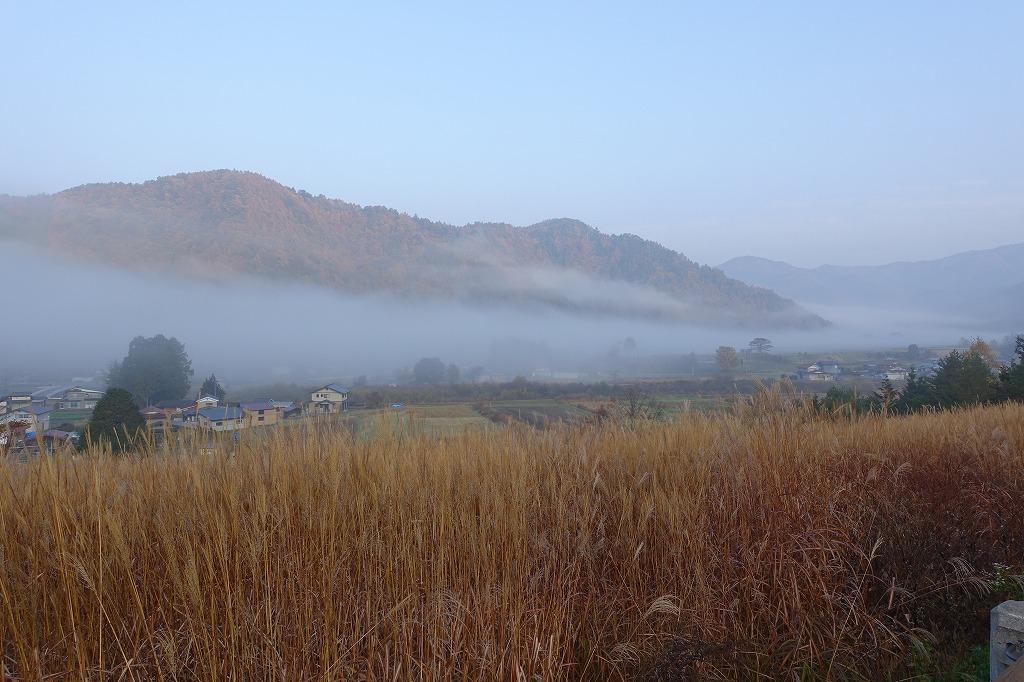 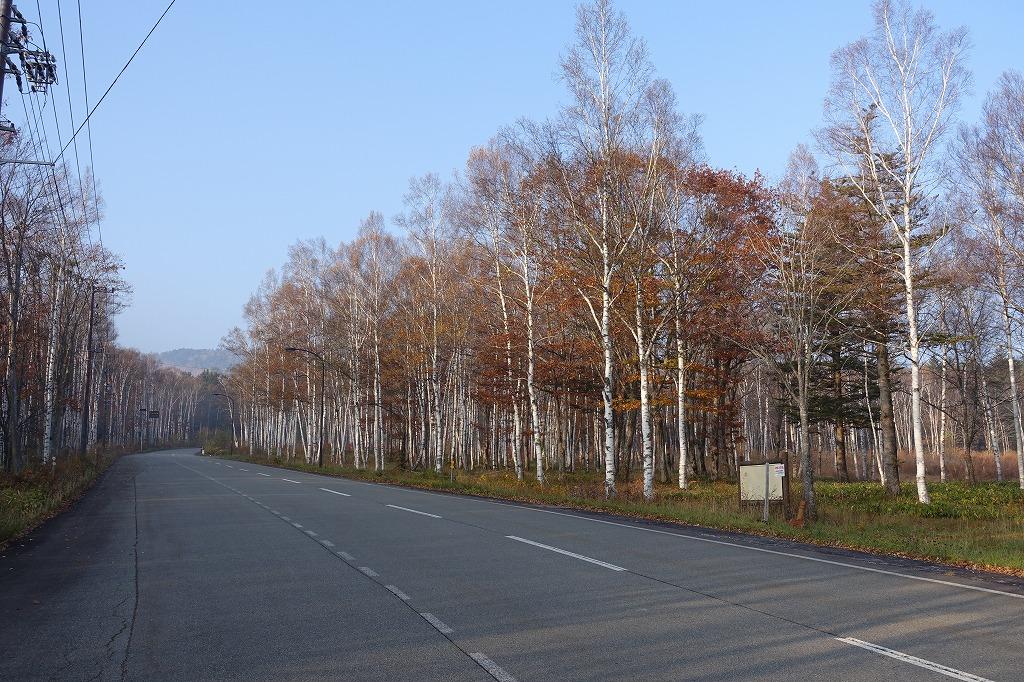 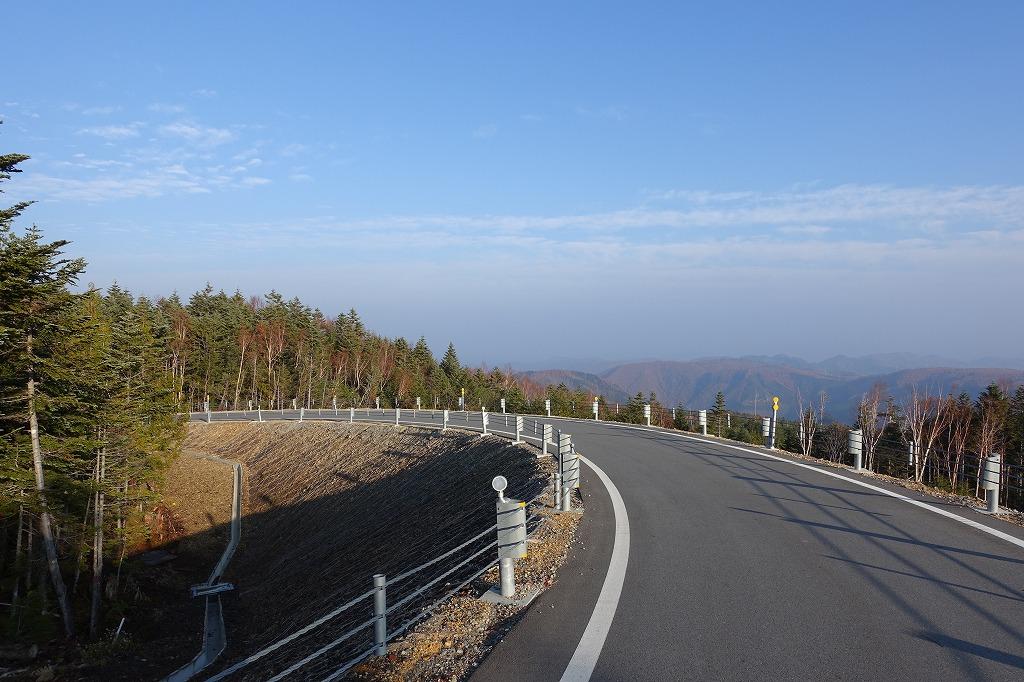 Pass this way and pass the Ohira Pass 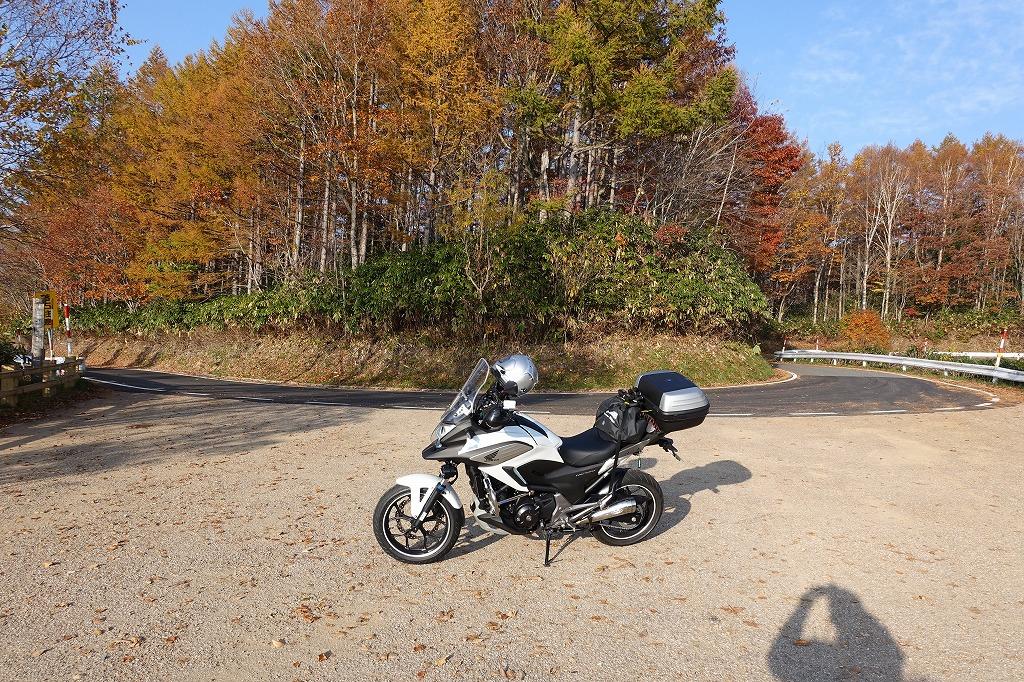 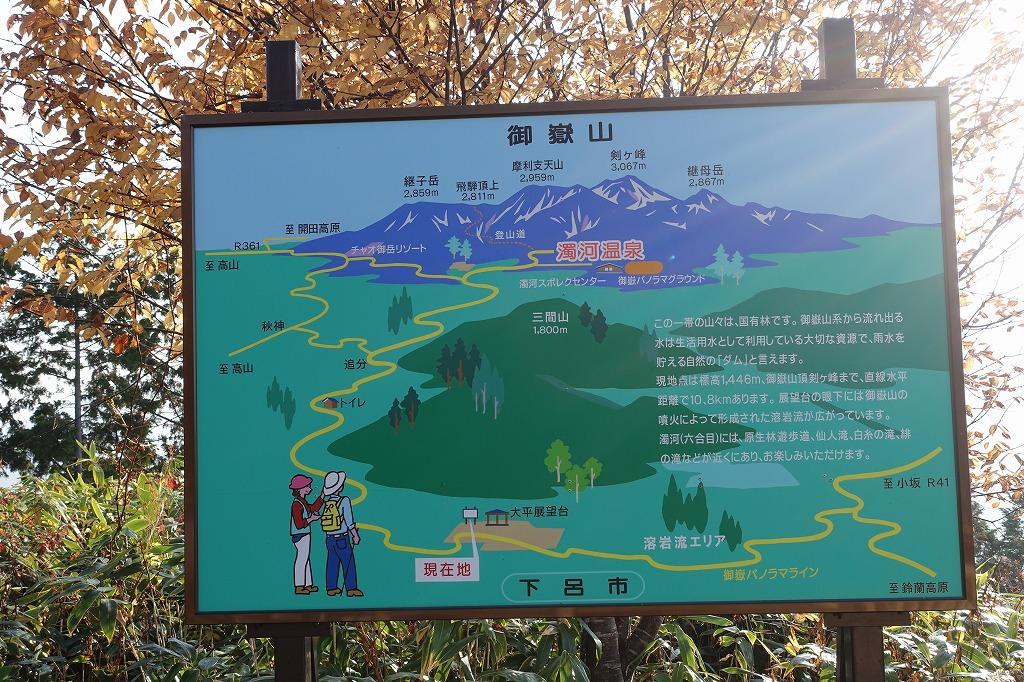 Originally it seems that Mt. Ontake is beautiful, but in the cold we saw a mist and I could not see it beautifully
That's too bad.
After that I will continue running this way. 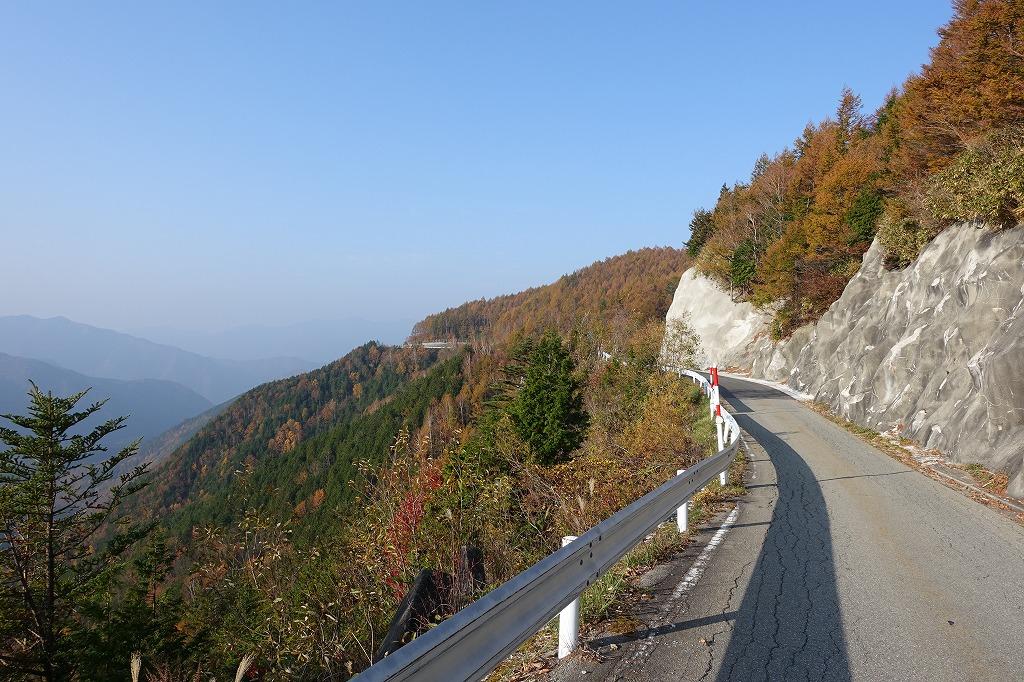 Autumn leaves are also at its best!
Just because the road is divided many times on the way, it seems to be a serious thing to make a mistake in judgment!

When I saw R41 like this, I got a relieved breath.
I am beginning to aim for Takayama, my hungry has come down with security.
There are many coffee shops around here! Signs of Morning can be seen here and there. 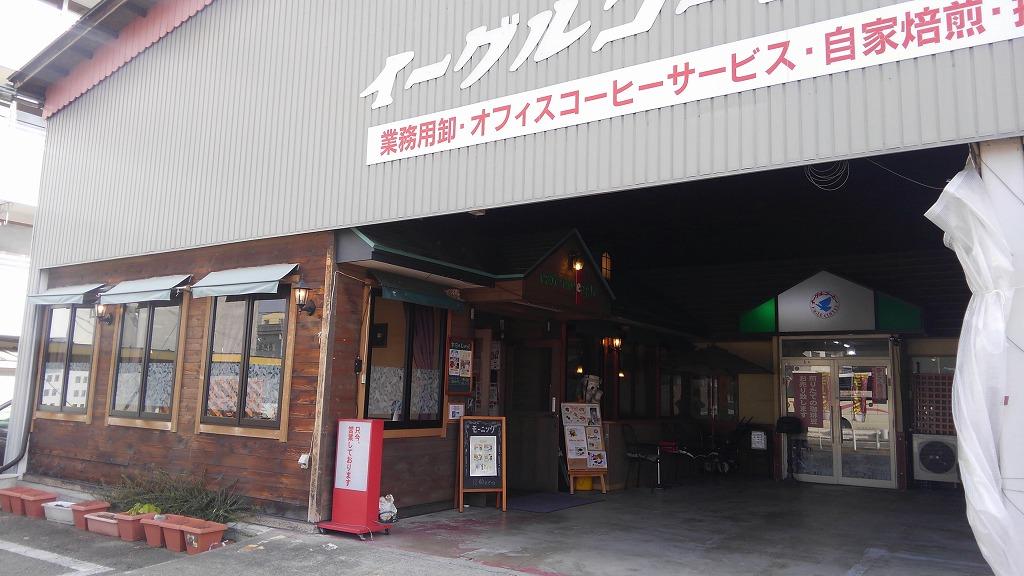 I tried to visit such a shop.
Ham cheese toast set!
Salt is working and is salty at first? I thought it was delicious. 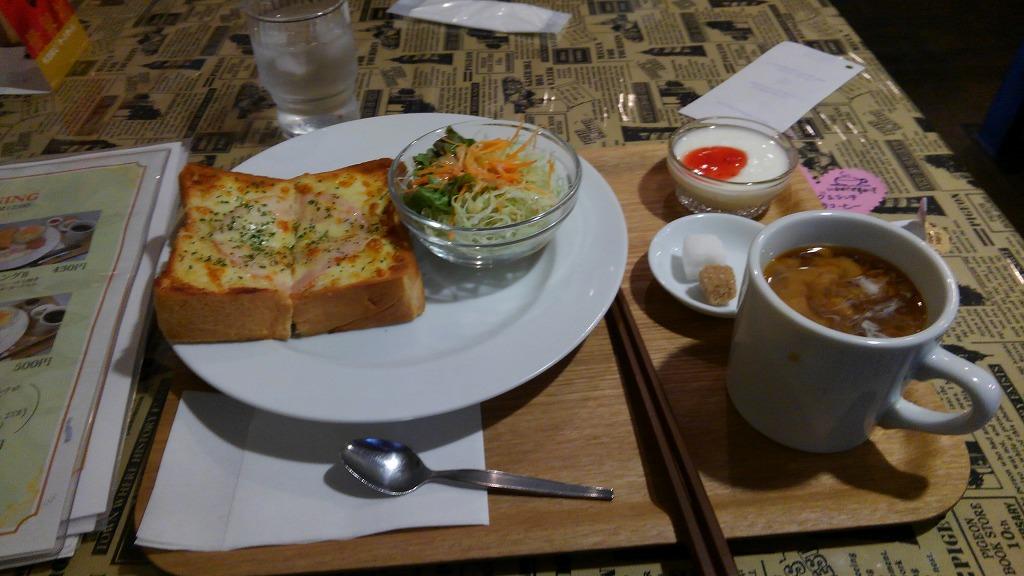 From Takayama it connects R158 to R156 and it is south.
"Yamabiko Road" to put in the middle of this R156 This is the recommended route in Touring Maps. I decided to run from before the departure, but it was a good road.
Because it ran nice comfortably, there were no pictures, but I took a separate video.

When Yamabiko Road is over, we aim at Kuzuryu Dam from there.
This is also a series of comfortable corners! 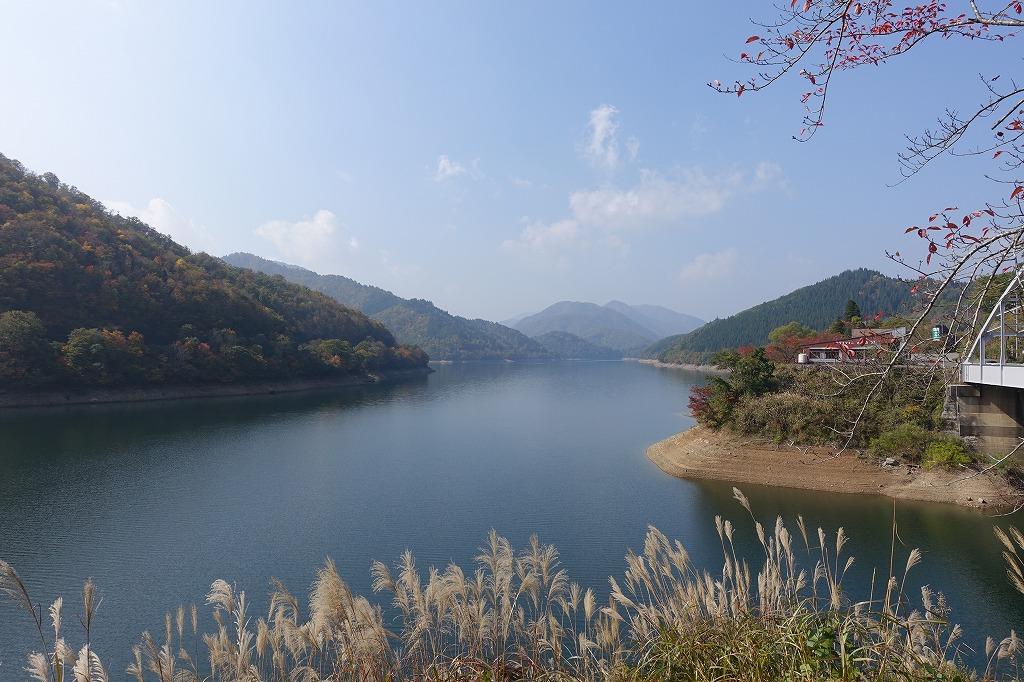 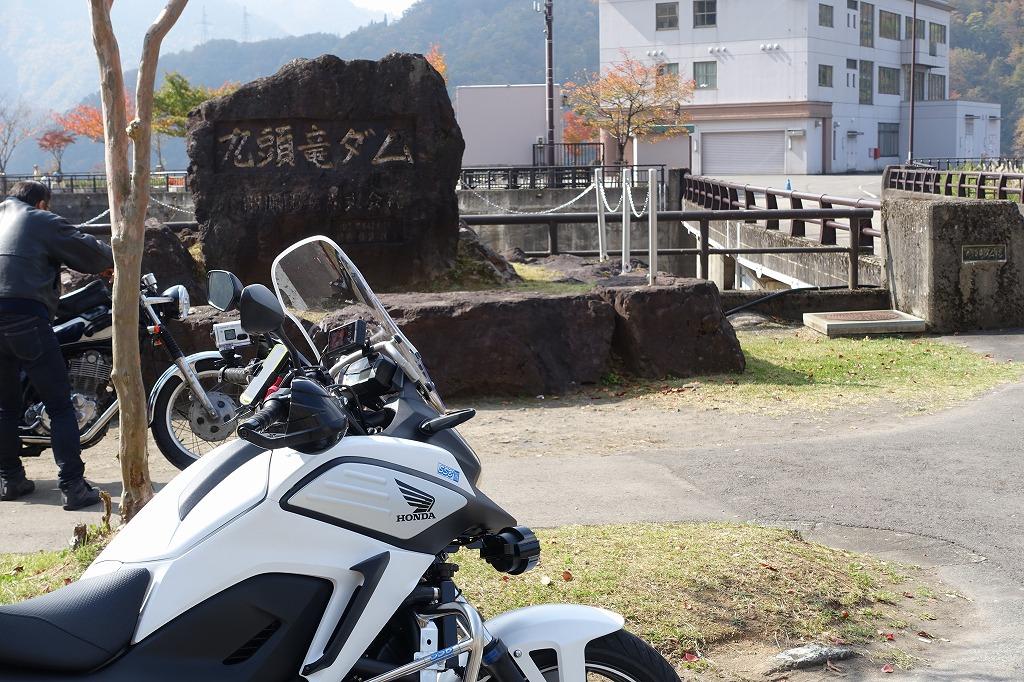 It seems like a touring rider, the dam also sightseeing (^ – ^;

A lot of cars and people were out around here like Fukui people 's autumn leaves sightseeing spots.

From here the route towards Fukui is monotonous so I will run while enjoying the scenery with the back of the car.
Echizen Ono castle and so on! 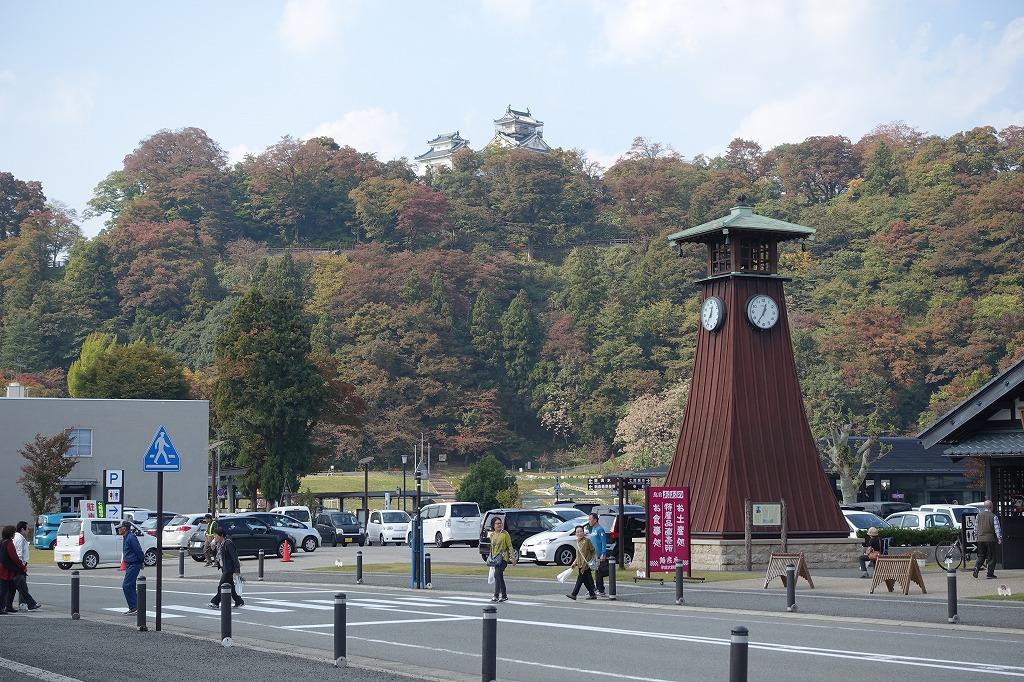 The destination from here is Echizen cape!
Even so, the temperature inside the mountain was 5 ° C and the temperature was 25 ° C!
hot. . . It was too hot, it was hot in spite of taking off what I was wearing.

Next time we went to lunch on the way "Nanbu Shintokutei" 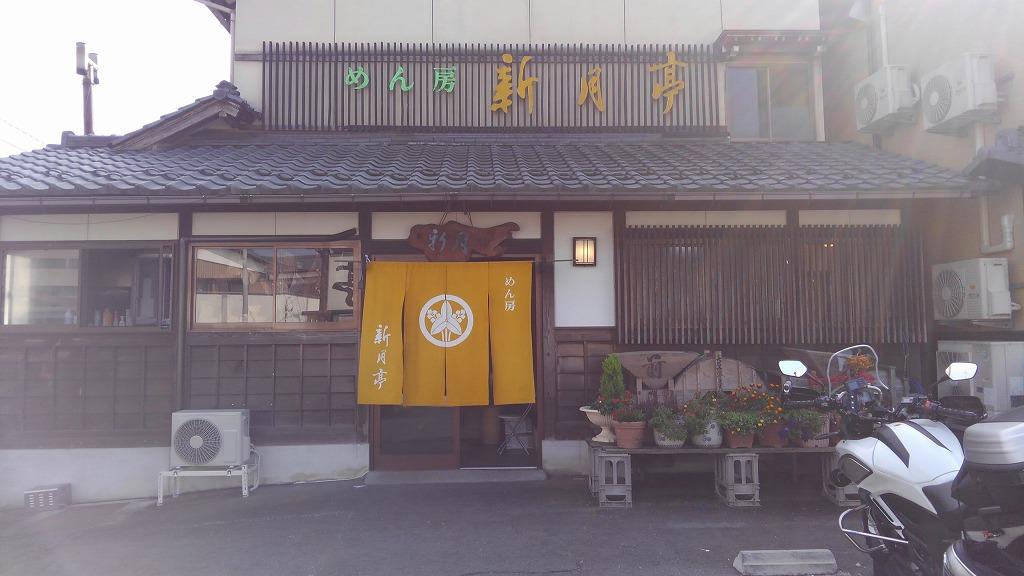 I ate tempura grated buckwheat here
The amount of this radish and its spicy was amazing.
Buckwheat was also delicious with waist ~ 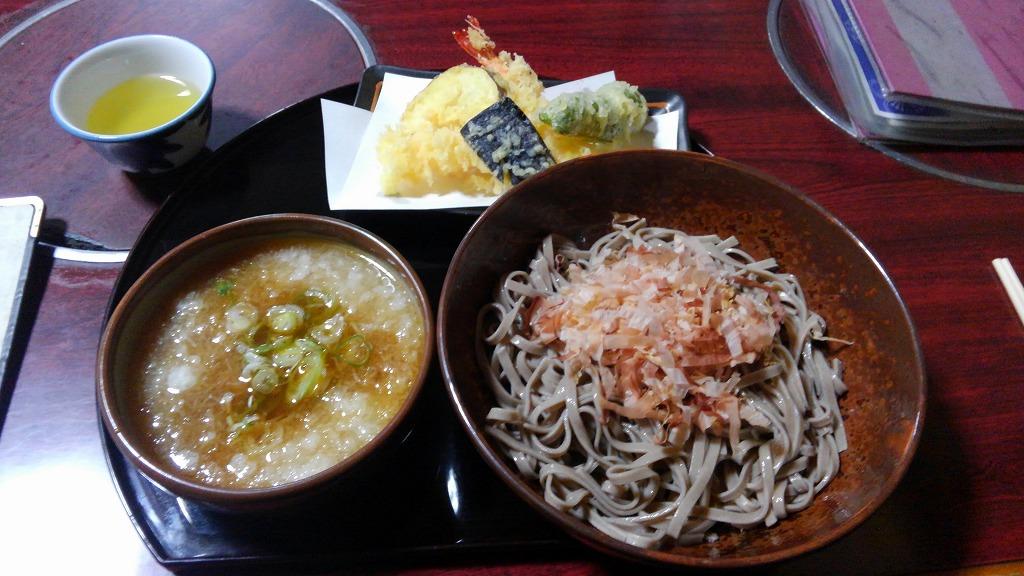 After a while I ran for a while and arrived at the Echizen Cape Lighthouse! 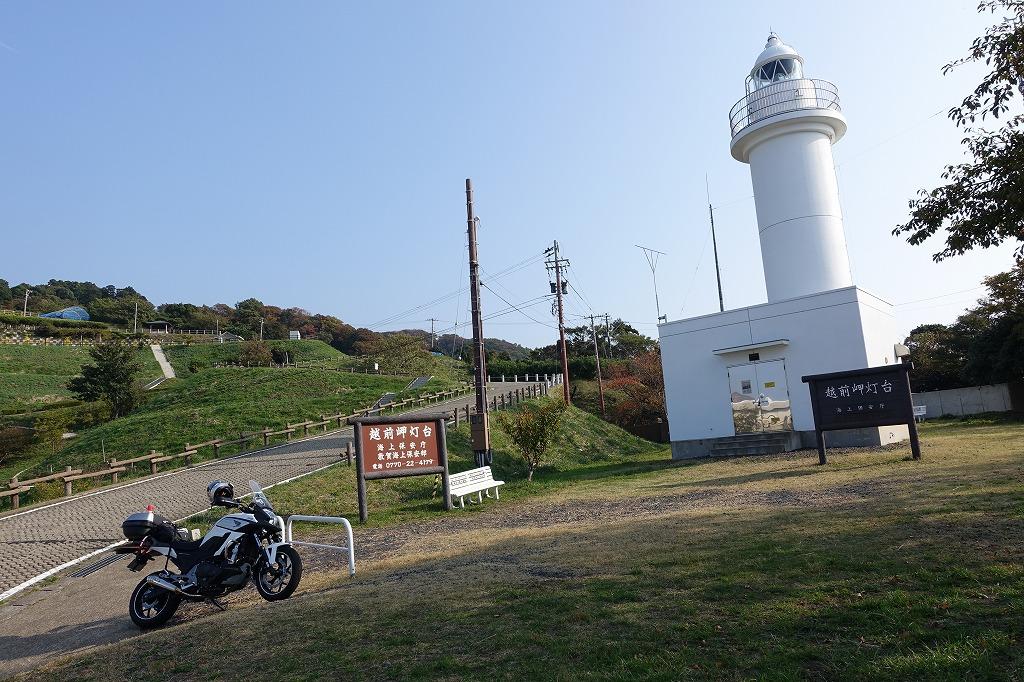 I was able to afford the time, so I stopped the motorcycle on the coastline and sat on the chair. 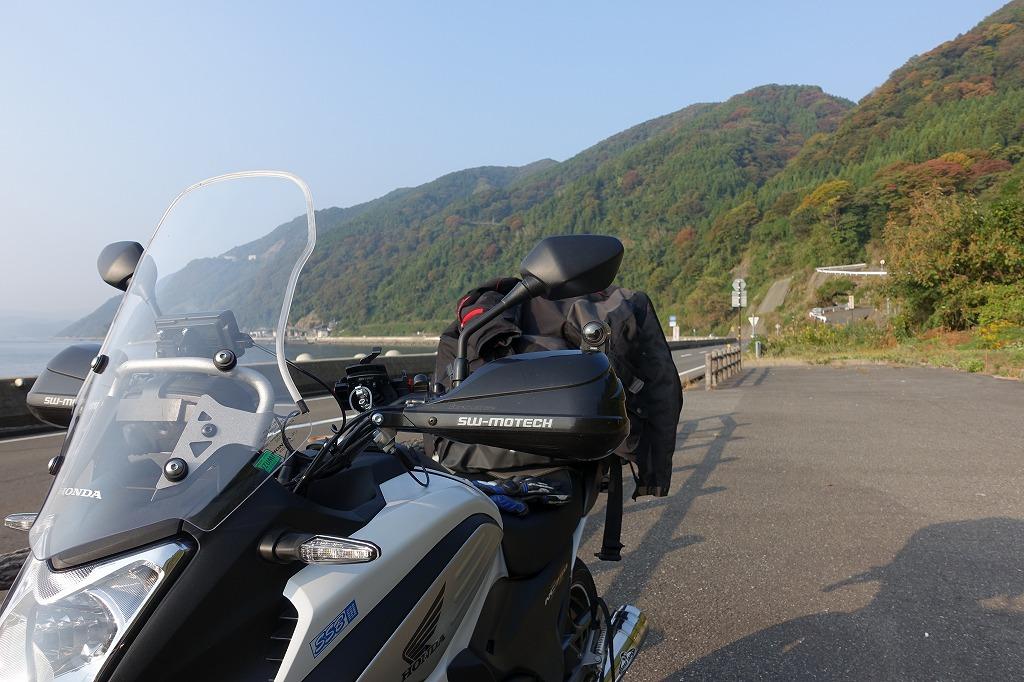 Tsuruga is a breath if you come this far.
Fuel also gone, refueling fuel for the next day's run.
So, to the uncle of the stand, what is the specialty of Tsuruga? I will ask.
Naturally it is seafood! If you think that it is said that crabs and prawns are delicious
The word that came out of my mouth is "sauce and bowl"! Because (^ – ^;
The heat valve starts from there,. Tsuruga's sauce and bowl is one of Japan's three biggest bowls · · ·
Rice is contained in glutinous rice · · ·
Alright ~ I understand! I will eat it! I ate it last night as well, but if you tell me so far, I will definitely eat it ~
Even though I got introduced to the shop and went to eat after arriving at the inn! 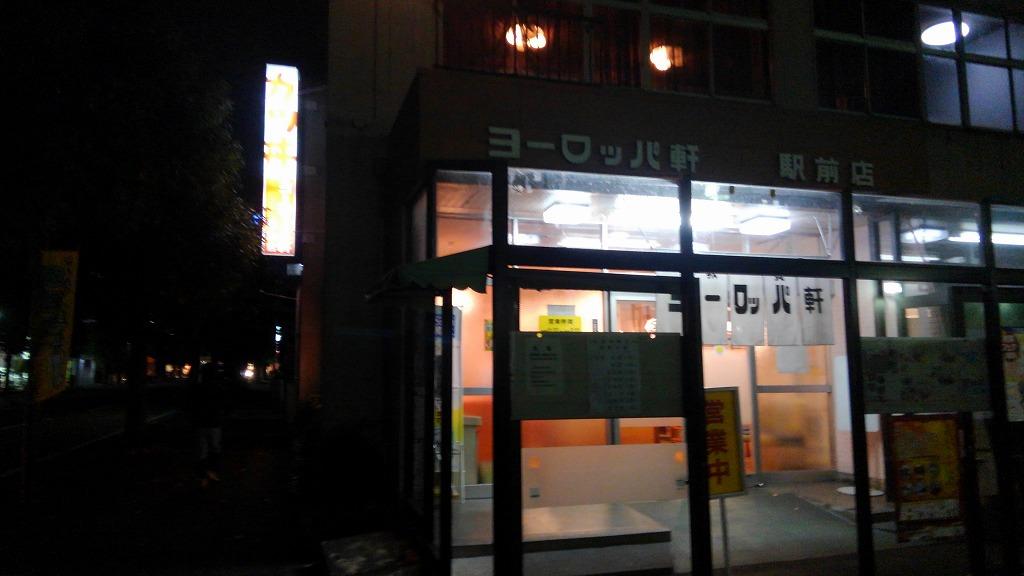 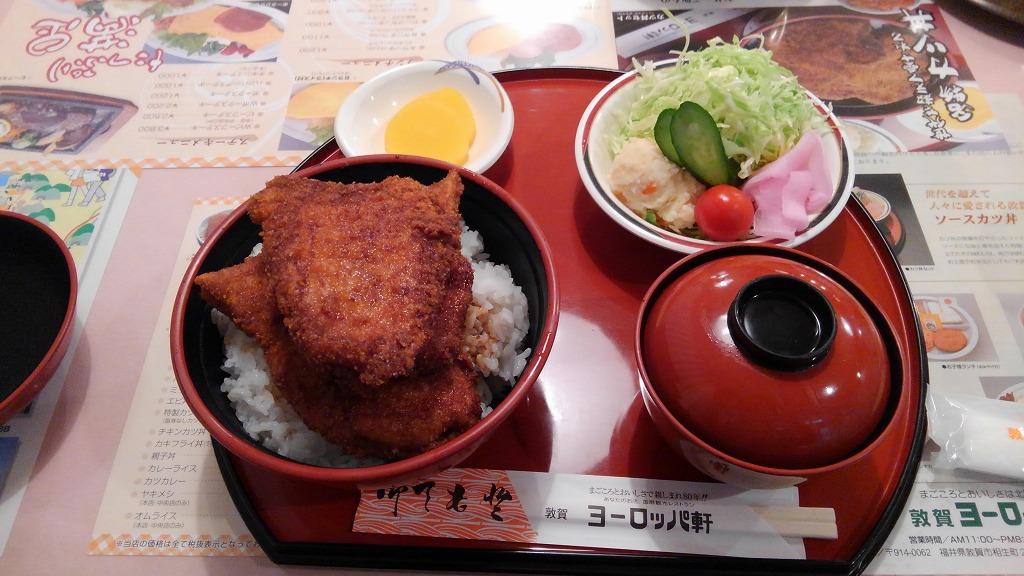 Cabbage was a rice bowl with only rice and cutlets not included in it,

And I got more information with the previous stand.
Rainbow line is saying that it is open from 7 o'clock.
Originally it was scheduled to go running at 6 o'clock!
I studied it after arriving at the inn.
Then, the opening at this time from 8 o'clock (^ – ^;
Now what am I supposed to do? If I wait until such time, I will not reach Ise Shima ~