Today we are going to see the sunrise at the Shiretoko Pass in fine weather! And 3: 30 wake up

Somehow, disgusting ~~~~ sounds heard …
Yes, it is raining.
Shiretoko 's weather is fickle, I have no choice but to give up. . .
However, as we can not translate into littering, we prepare and leave as it is.

Will not even be a bear? As I saw scary things, I went to Shiretoko 5 Lake again, but there are deer, deer, deer. . . I encountered many deers.

Rausu which passed through the rainy Shiretoko pass at a stroke was a sunny day … (^ – ^; Hey hey

I decided to go to Shiretoko Peninsula because the Rausu side can go further.
It is the name of a place called Hosomi. 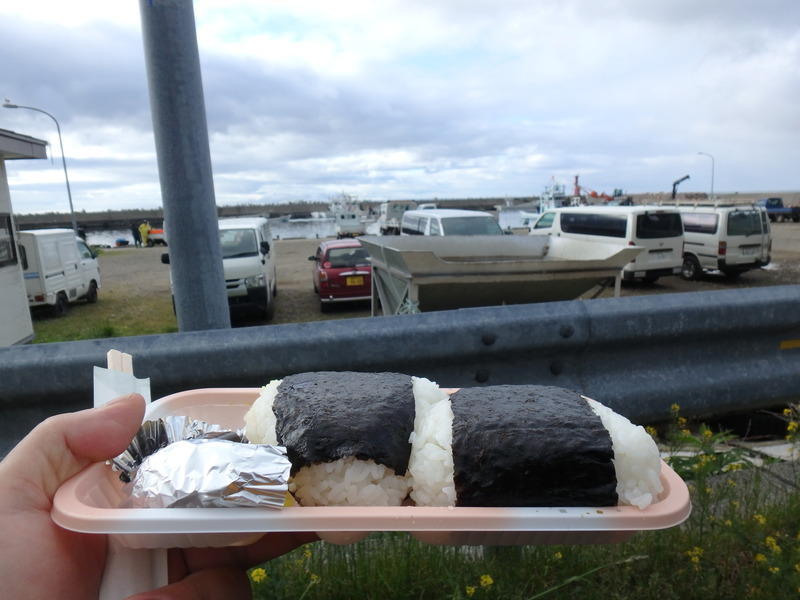 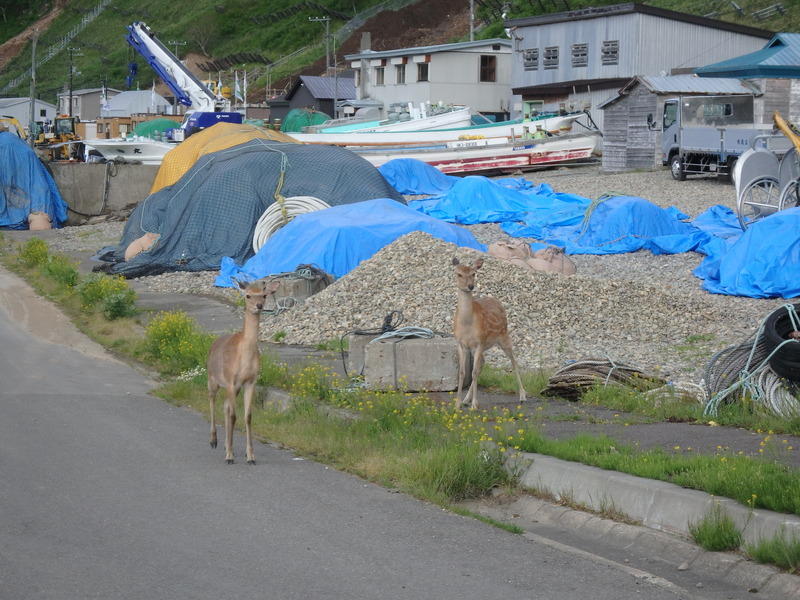 This is commonplace in Shiretoko.

Next goal is the Noshi peninsula which made interesting shape.
What kind of place is it? Although I ran interestingly. A long way bounded by both sides by the sea.
There was also a narrow 18? (^ – ^; It is a round trip 36? 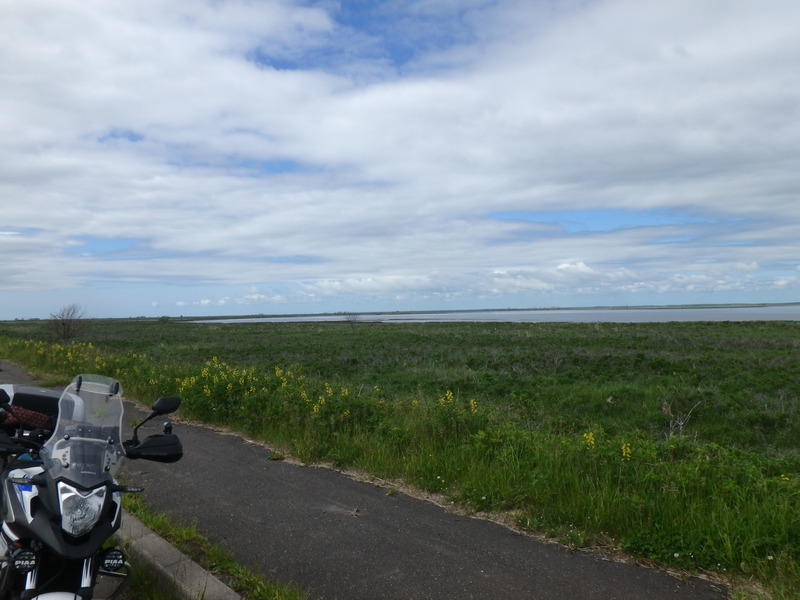 However, I ran while running the scenery.

Next is the land at the west end of main island! Cape Townsa.
What kind of peninsula is it? I was thinking, but it was a little different from my imagination and it was a very pleasant place with a lot of running.
"I have forgotten to take pictures, so I will post a movie in my later diary so please watch it ~" 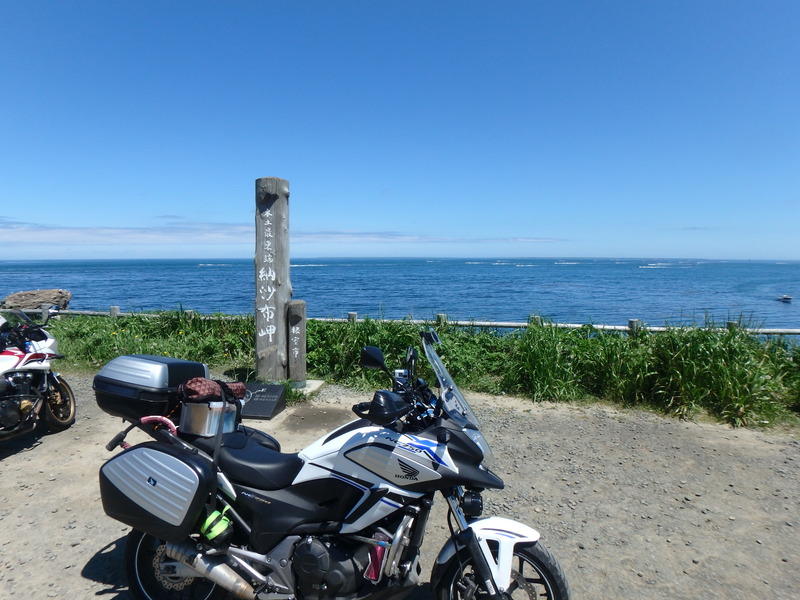 Yes! It is the cape Nishisabu Cape at the west end.

After that, we pass through the Pacific Seaside Line and stay at Kushiro.
The seaside line was a pleasant route to go through the riverside line just as everyone recommended.

Departure for Furano, the final accommodation ~
It is a blue sky (^ ^ ♪ I was pleased also in a brief moment, the neighborhood is covered with mist at once.
It is dense enough to get wet when you run.
Hokkaido has a lot of wetlands, and as the sun rises fog occurs due to temperature difference.
It will be sunny as the temperature stabilizes, but it has been wrapped in fog all the time until reaching Obihiro.
It is probably running in a wide and magnificent scenery but sadness that visibility is about 100 meters. .
If a little warmer season it seems to be a refreshing morning view?

Since I was listening to recommended places around Obihiro for customers who had a deal before departure, I stopped by some.

First of all, Shirakaba trees in Tokachi ranch. 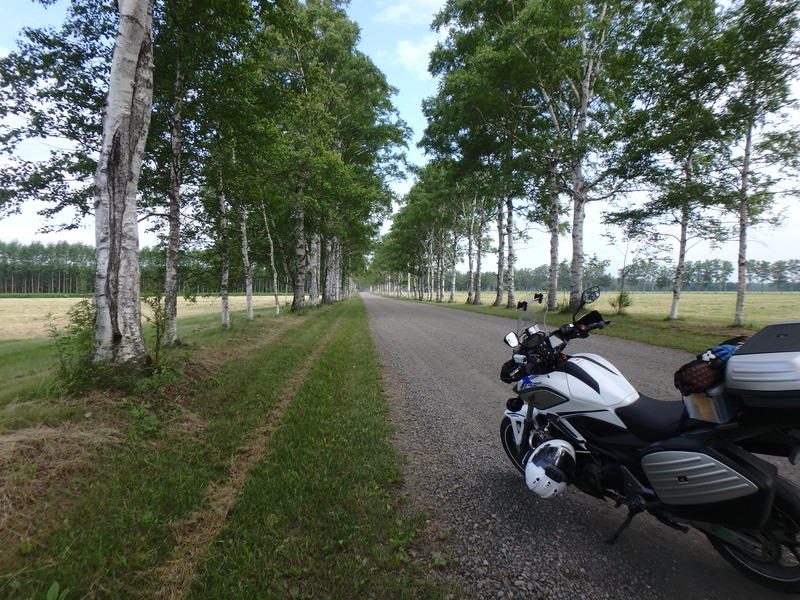 It was good in the blue sky ~

And Nai Tai ranch! The way to go up here was full of exhilaration with the feeling going through the pasture of the plateau. 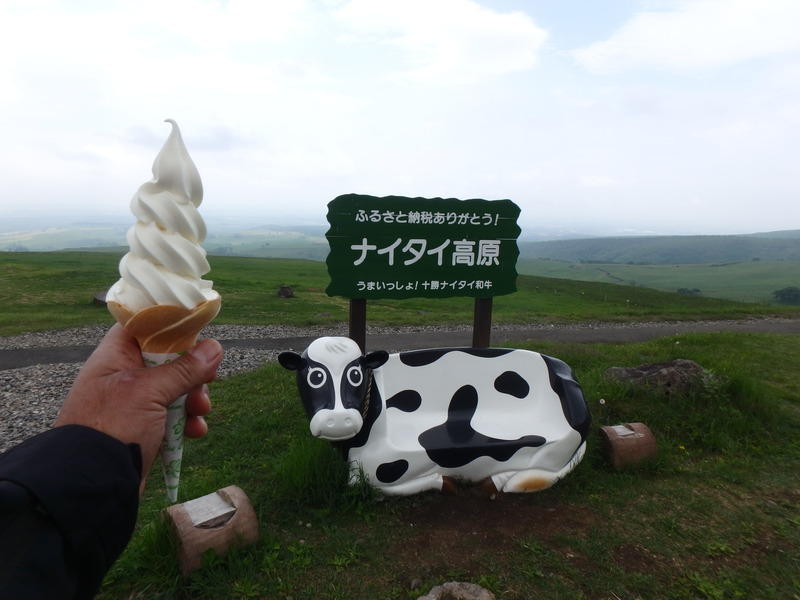 Uncle who took a while for BMW appeared ~
Talking about it, I seemed to be the owner of Seven Eleven in Niigata, I got this sticker. 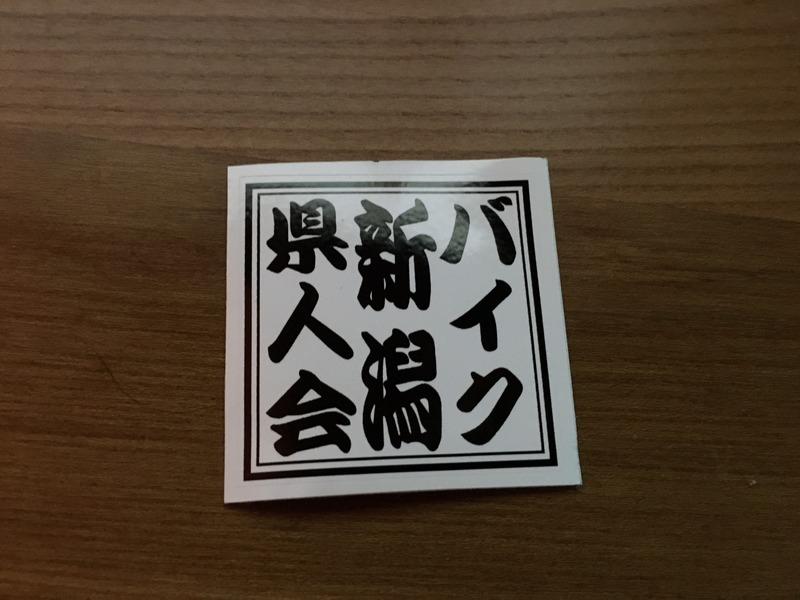 From Nai Thai ranch we aim at Sounkyo, passing through Mikuni Pass. 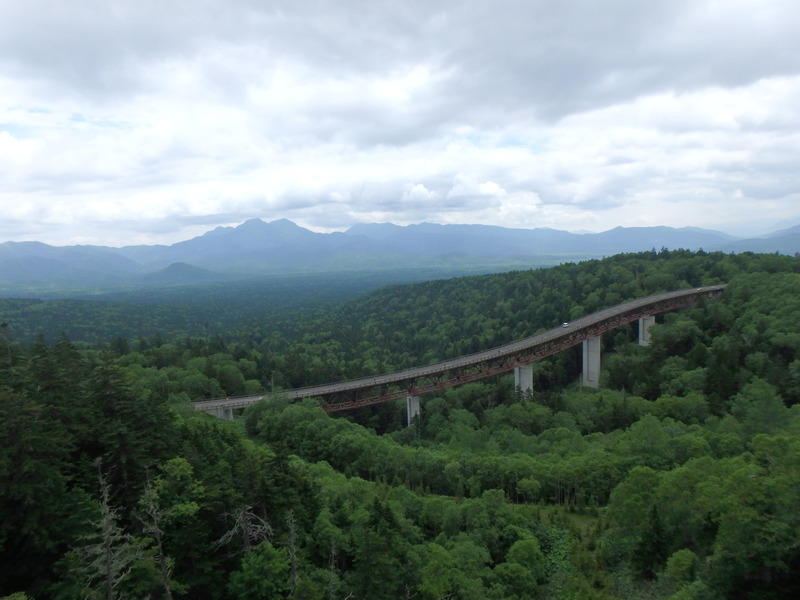 On the way, I did not do any preliminary work, but since I wrote it as the observatory, I got tired and I got time to spare so let's go.
It's just an observatory where you can see the bridge, is not it famous that bridge because you are watching the excitement of the mothers and the young people who were watching them together? When asked, "Wow? Did you go out without knowing? There is a tour to see that bridge!" And a shaky face (^ – ^;
That's what I said – the last one was praised as "I have it ~" (^ – ^; 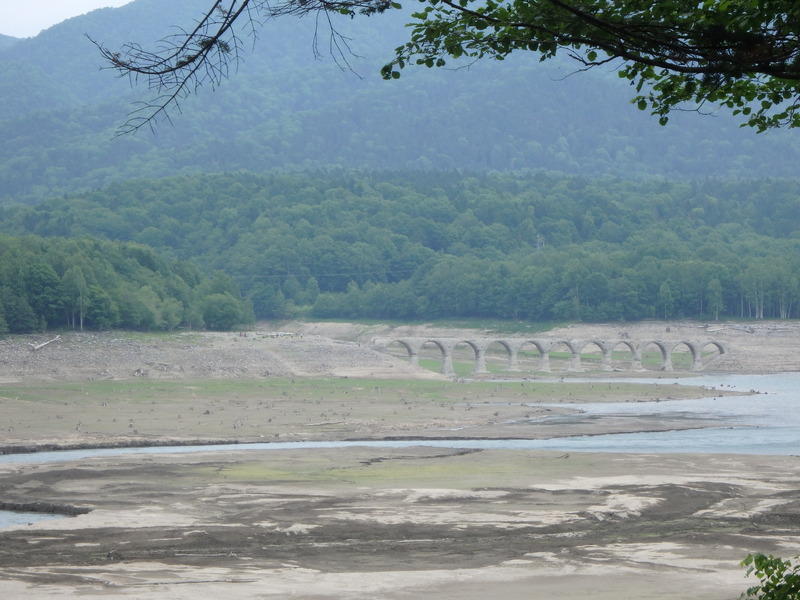 When it passed through Sounkyo and came out to Aibetsu, it began to rain in earnest.
Because my stomach was also reduced, I dropped by a small meal, and I ate cucumber (^ ^ ♪
It was quite delicious ~ 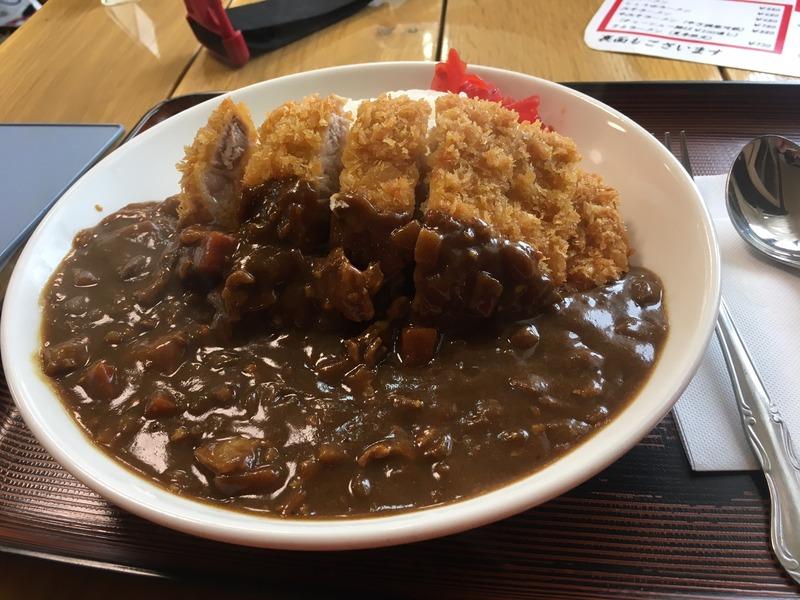 As you may have noticed, I love cutlets and curry. .

After that, it got fallen again, so I dropped by the bike shop in Asahikawa and bought a chain grease (^ ^ ♪
Since then the anxiety disappeared, I went up to Tokachiyama 's Tokachi hot spring.
The road to this point was the way that reminded me of the Kanto pass, I felt like I enjoyed cornering after a long long time.

Now we are leaving for the lodging of this evening, we have dropped in because there is a famous Farm Tomita, but even if there are many tourists, we could hardly see the flowers.
Remaining ~~~ (; ∀;)

Today is my second stay in my life. . We are staying at the pension