Hokkaido Touring which I ran around is finally two more days.
Today is the last day in Hokkaido.

Breakfast at Furano 's inn takes pension.
I want to see the sunrise at the hill of Biei so I think morning kan! I am leaving before the sunset.

When I was driving on the national highway, the sun began to emerge from Tokachi – dake.
I will aim for the hill of Biei at once without stopping.

The feeling that the night of the hill of Biei, which is still dimly lit, is coming was pleasant. 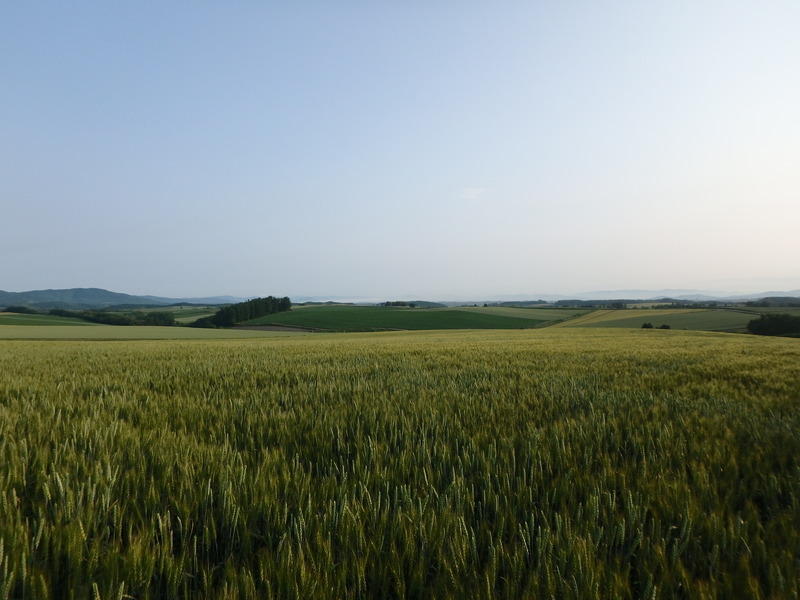 While taking several places while taking snappy photos, with your husband and wife and various people who came from Shizuoka for taking pictures
There was a chance to talk.
It was impressive that everyone said that they would regret later if they could not move as soon as they could move on now.

It is the start of the final day after returning to the inn to eat and dress up.

I will aim at Yubari from Highway No. 152 through National Route 452.
There were places where there was a bad road, but a pleasant street continues like a corner.

I saw interesting bridge in Lake Schuarlo and I tried to cross it. 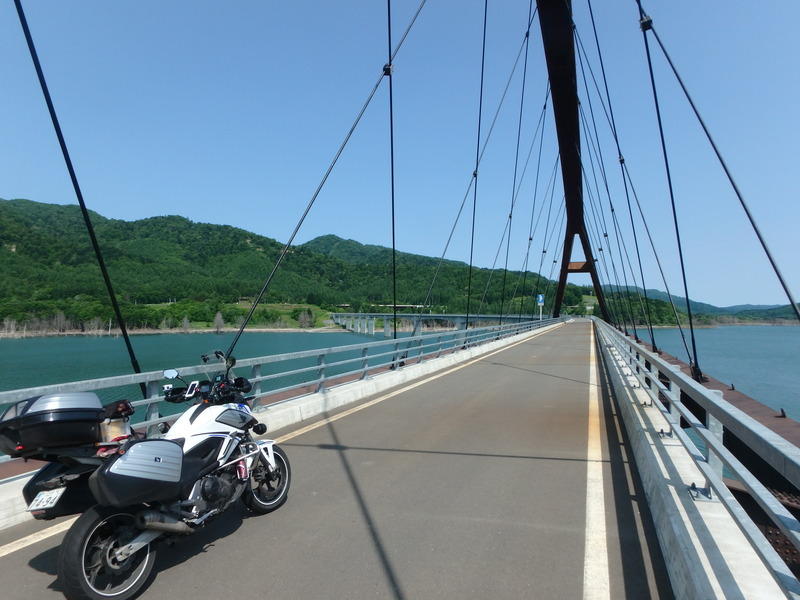 I was able to run for a while in the future, but I turned off road, so I stopped.

I went down the national highway 452 and it came out at last. Yubari Mellon shop

When it is colored, it seems special that even among Melon, Yubari Mellon, which is said to be Takuide
I bought some souvenirs. 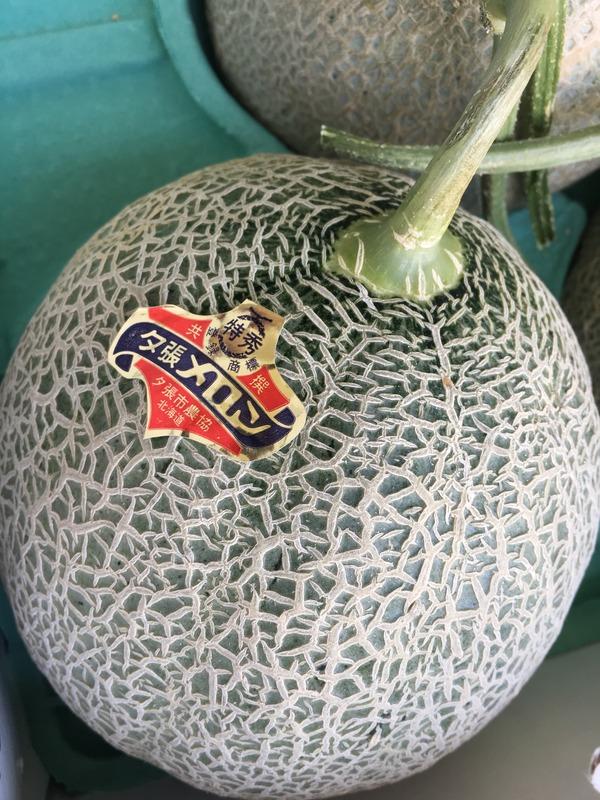 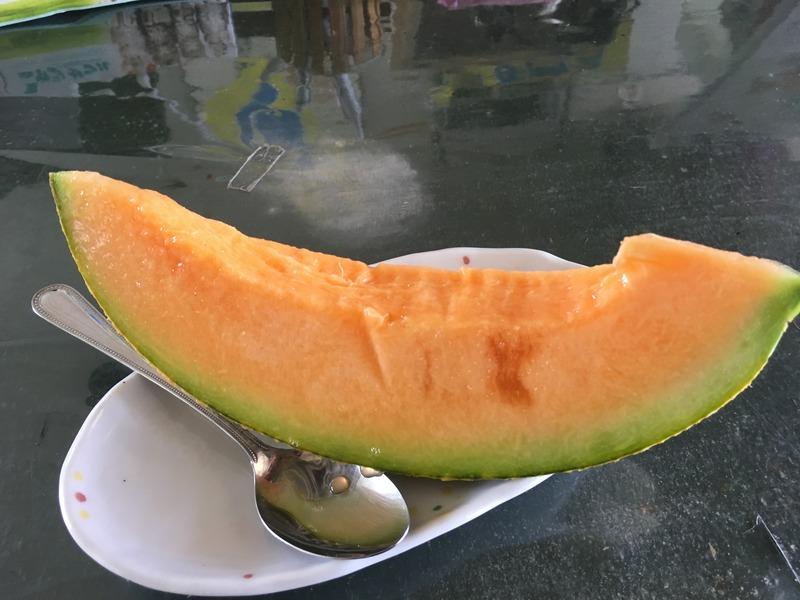 After that, we will go down 274 ~ 237 on the national highway, go down to Hidaka and aim for Tomakomai.
It seems that it was a bit too early, so we took a detour and ran for Shikotsu lake before arriving at Tomakomai Port. 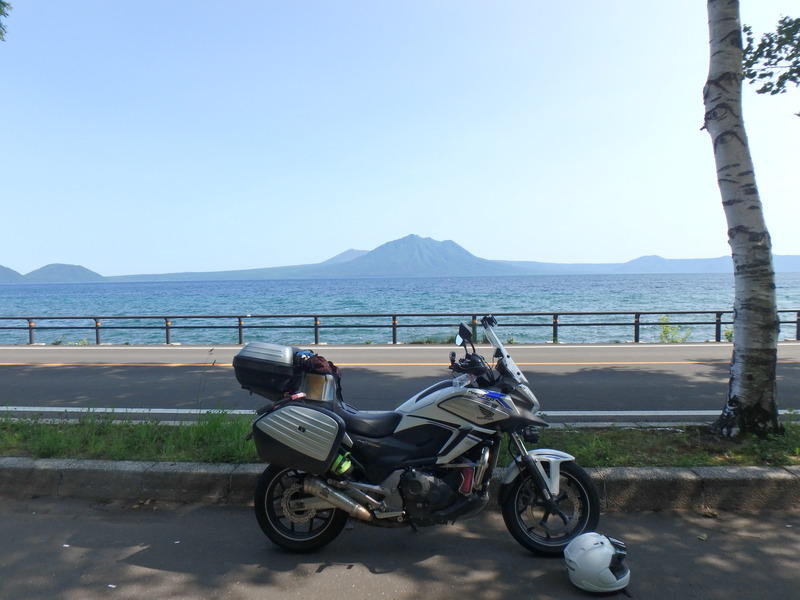 When I got on the ship, I was with a friend I met at Shiretoko, so I talked late at night while drinking beer. 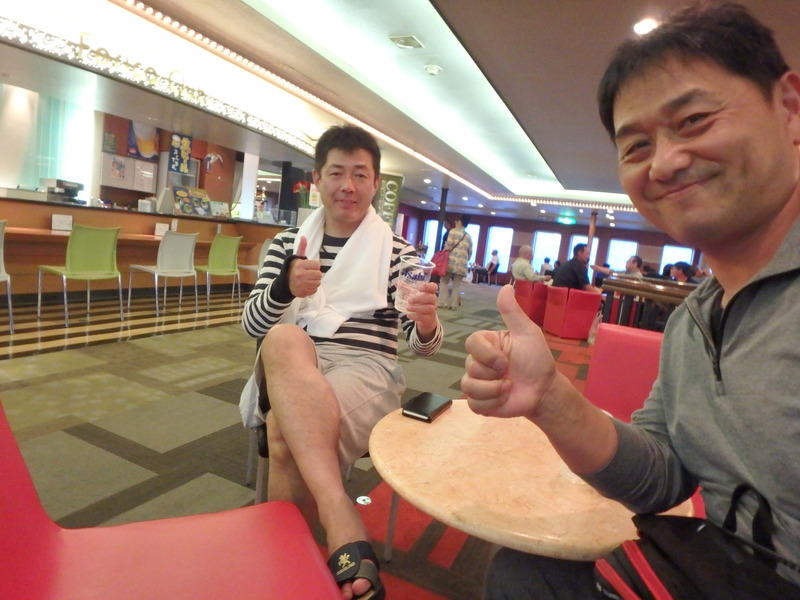 I came home from Sendai by Joban way – the center of the area.

Please watch the video of the whole journey at the end.