Kyushu is finally arriving at Miyazaki. 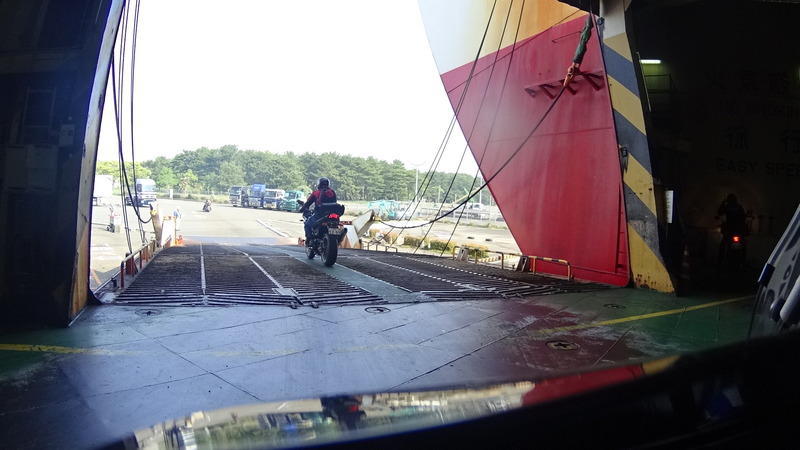 It is a late departure from scheduled distances today because landing is 8:40.
Moreover, it is planned to rain in the daytime (; ∀;)

After we get off the ship, we are leaving for the Nichinan Coast! The weather is good so far, I will start comfortably ^ ^ ♪
South of National Route 220 South. Run into the Phoenix Road in around 30 minutes ~ 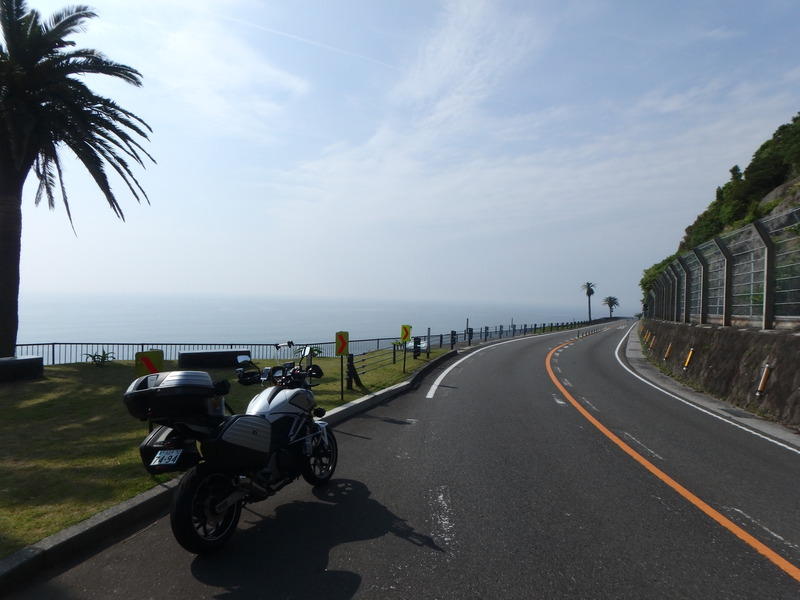 Speaking of Nichinan Coast, the coastline is said to be a demon's laundry. . . 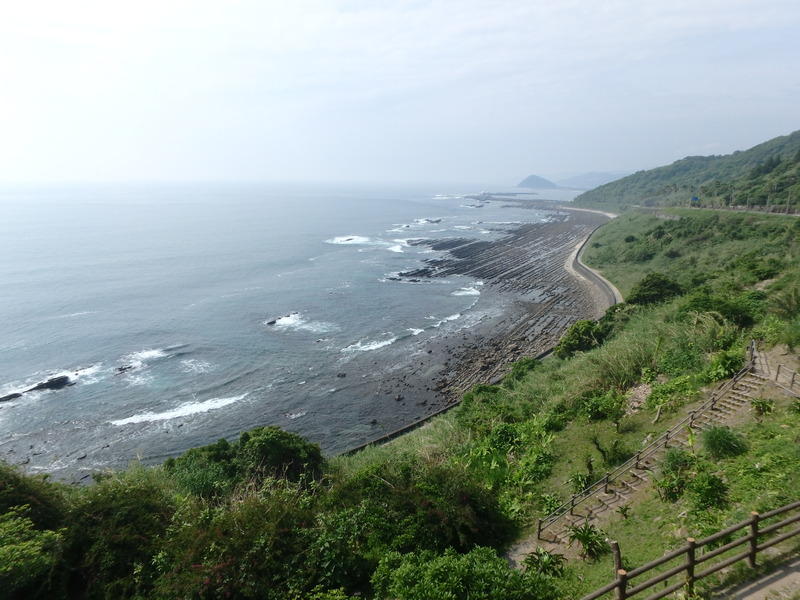 And the Hyuga summer soft in the road station Fanix! 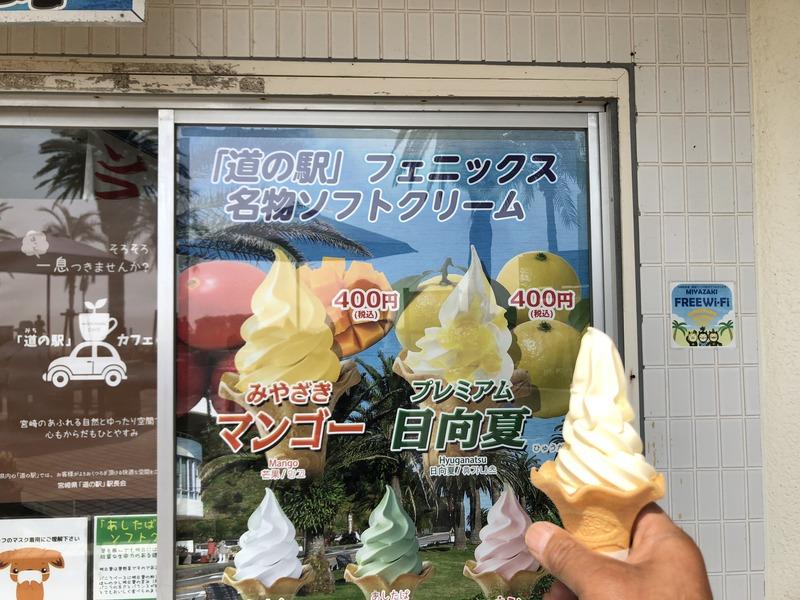 Next aim is to cape Tokyo! Remembering that we were doing speed control as we came last time
I ran a little carefully.
It changed to the national road 448 and further south. . Paying cooperation funds for horses protection training and entering the capital of Tsui.
There are wild horses here. You also have to be careful running on a motorcycle. 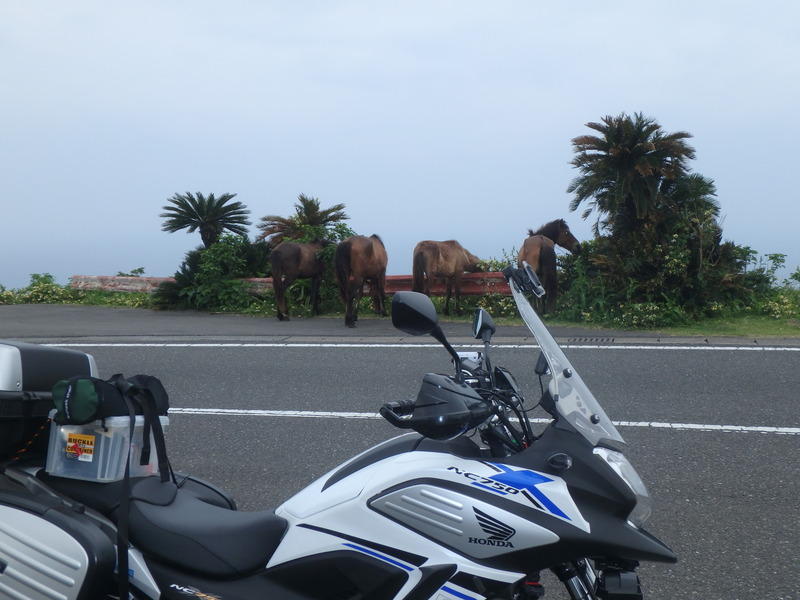 Because black objects are falling on the street, it will be covered with ○ ○! 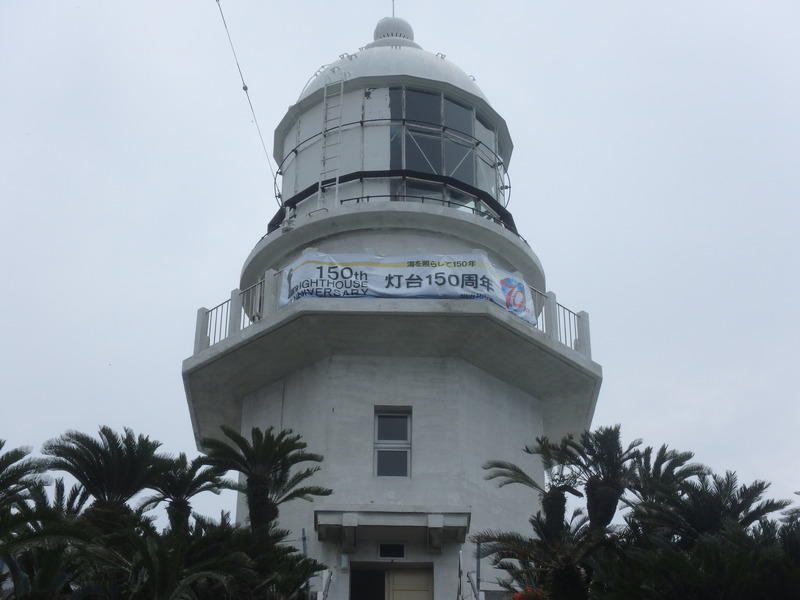 The scenery from the lighthouse is cloudy now, again, sorry. . 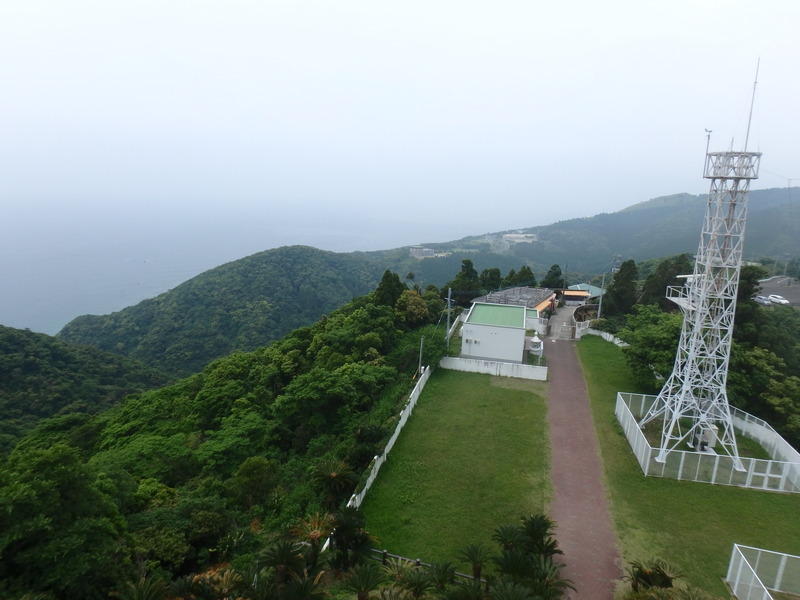 Next aim is to capture Sada, but the distance will be longer by saying that I want to go to JAXA Uchinoura Space Observatories and Epsilon rocket launch site I went to, but further down the national highway 448. .

I stopped by. By around this time, the rain also became stronger, and I was able to take it with a waterproof camera and an action camera
Water became attached to the lens and it became difficult to see. . 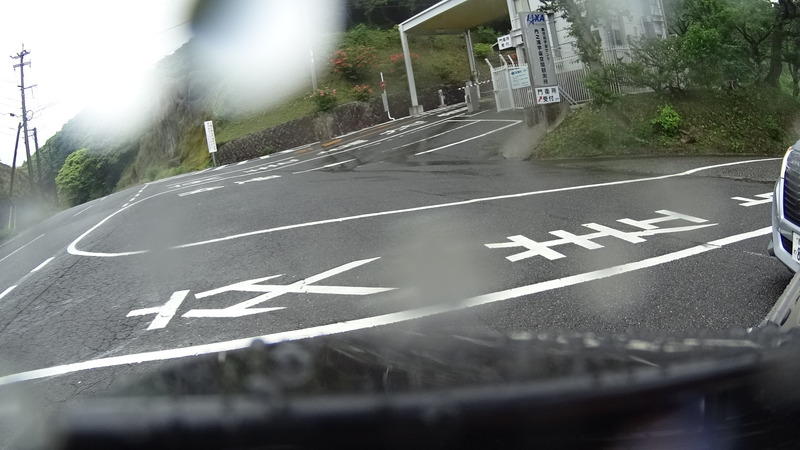 I'm finishing my reception and go inside "I can see it free of charge"
First, a parabolic antenna for space observation 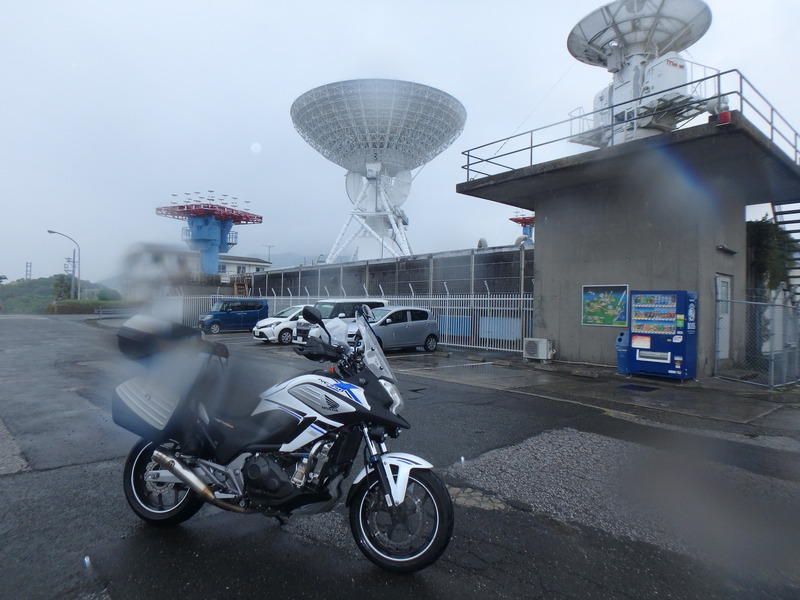 And it is the epsilon rocket launch space. 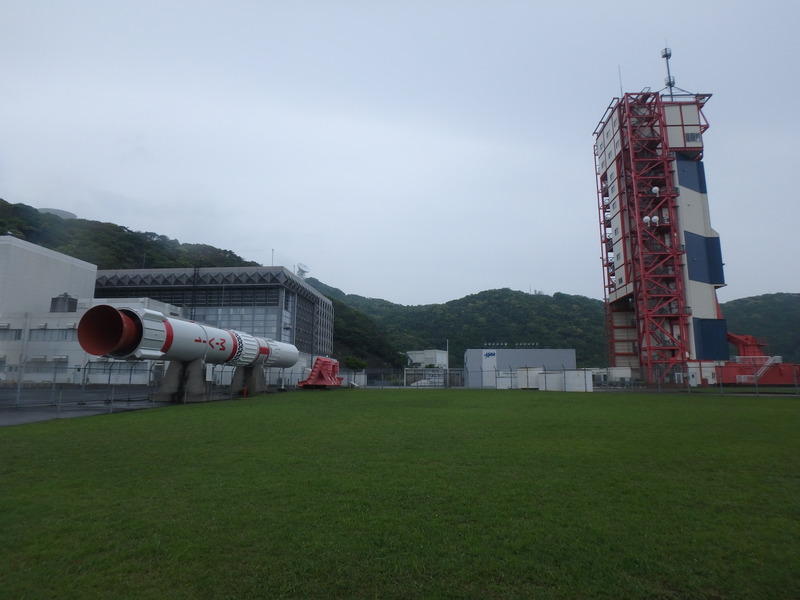 I'd like to see the moment of launch of a rocket so good at once ~
I have seen the launch scene of Tanegashima in real image at JAXA in Tsukuba before, but it is very impressive.

I wanted to see it in the sunny weather, but because it can not beat the weather, it is soaked and dislodged.

Next time I will aim at Cape Sada, but even if I think that I can not see the scenery here as well
You've come so far! I have been trying hard for the evidence photo saying 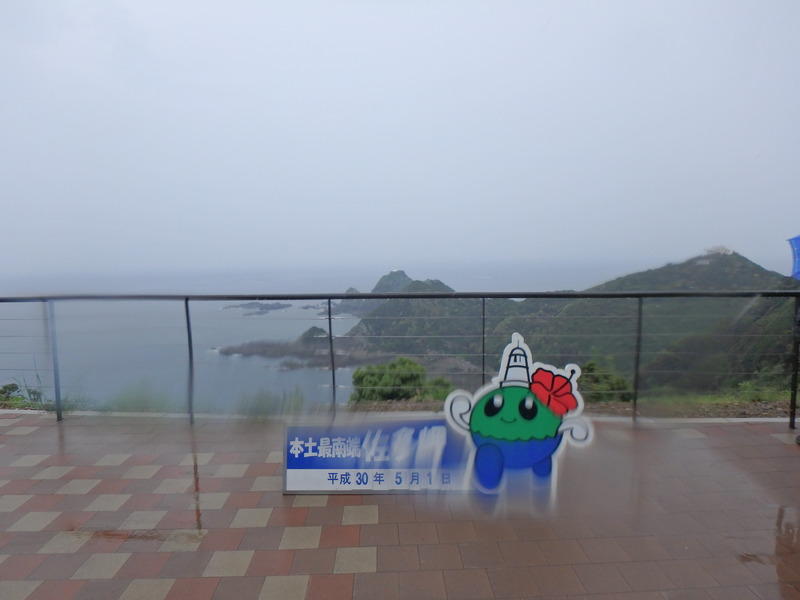 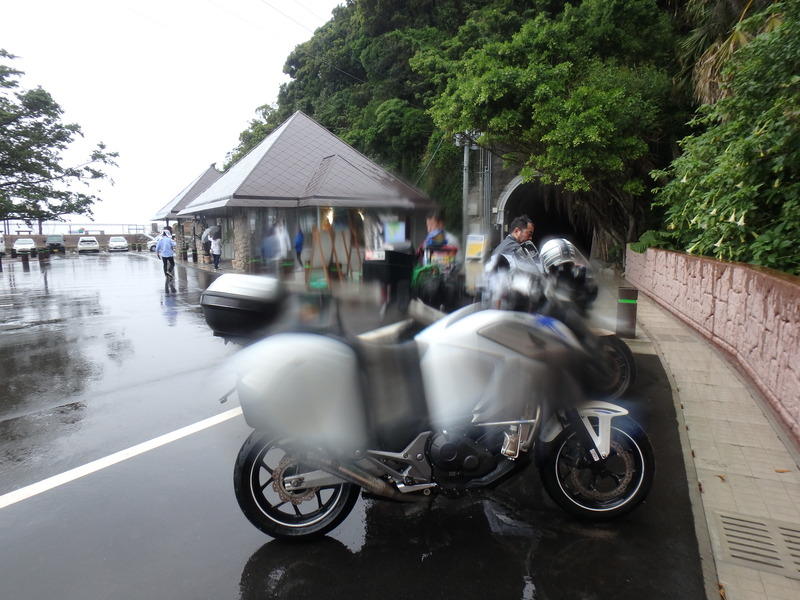 Is it from this year? It seems that it was supposed to be a transportation by shuttle bus by placing the motorcycle on the way at the tip.
But today it is rain. From 3 o'clock you can go bike to the tip! A procurement saying comes out. . I was able to move by motorcycle.

Naturally we do not walk to the cape but diverge from Cape Sada. .

Today's inn is a business hotel of Tarumizu. .
As it is raining, I slowly aimed for my inn.