I participated in the Kyushu Dunlop Cup held on June 17.
This venue was Kikuyo Driving School of Kumamoto, so it was a move using the ferry of Osaka ~ Moji.

After arriving at Mojita on Saturday, I moved down the road and passed through Kokonoe – Aso
It is entering Kumamoto.
Cross the bridge on the way to the Kuju Yume Bridge, eat croquette and soft cream with 'bebenko' 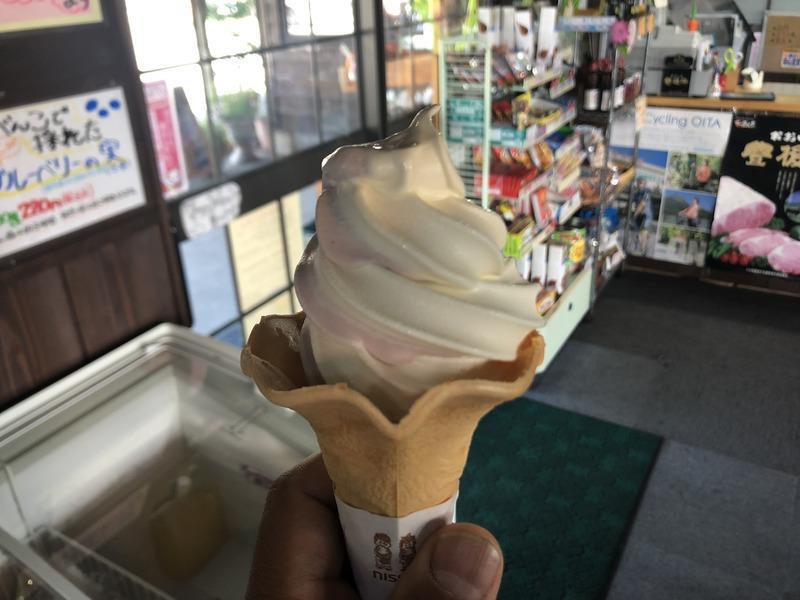 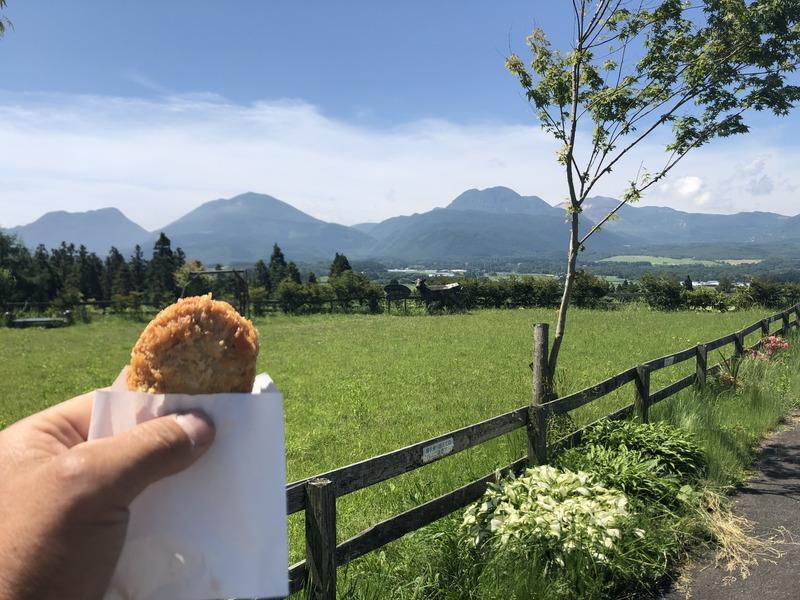 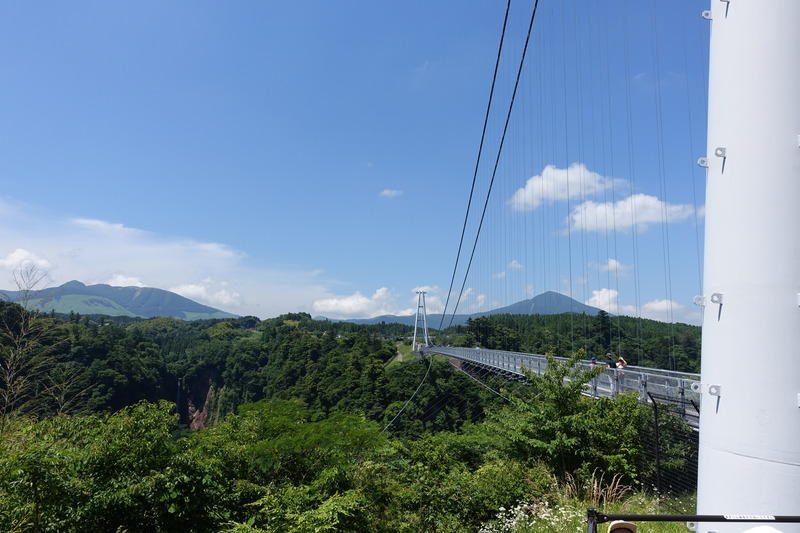 I tried to approach the Nanaita Onsen in the carbonated spring where I wanted to enter a wife. 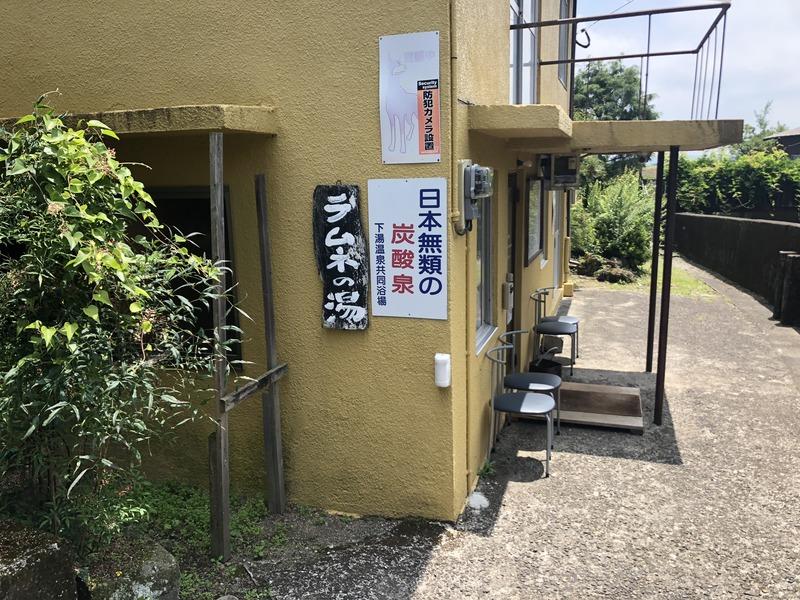 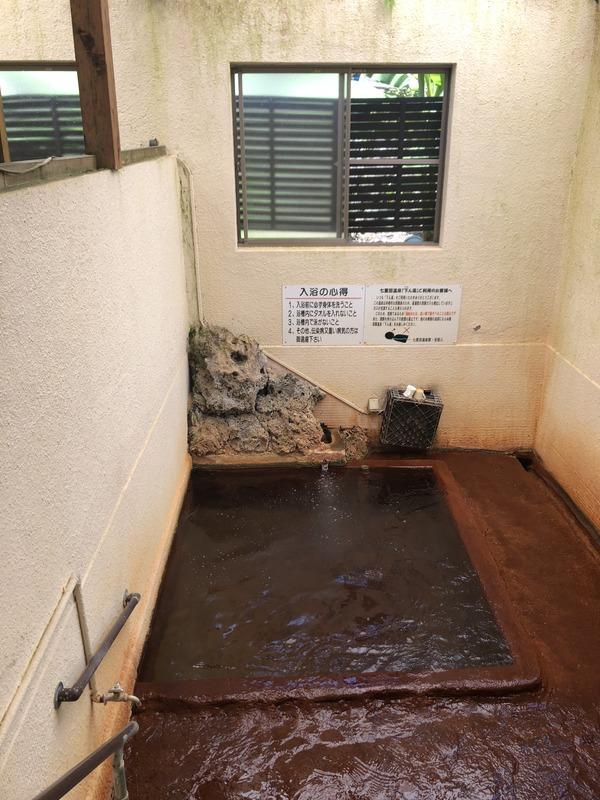 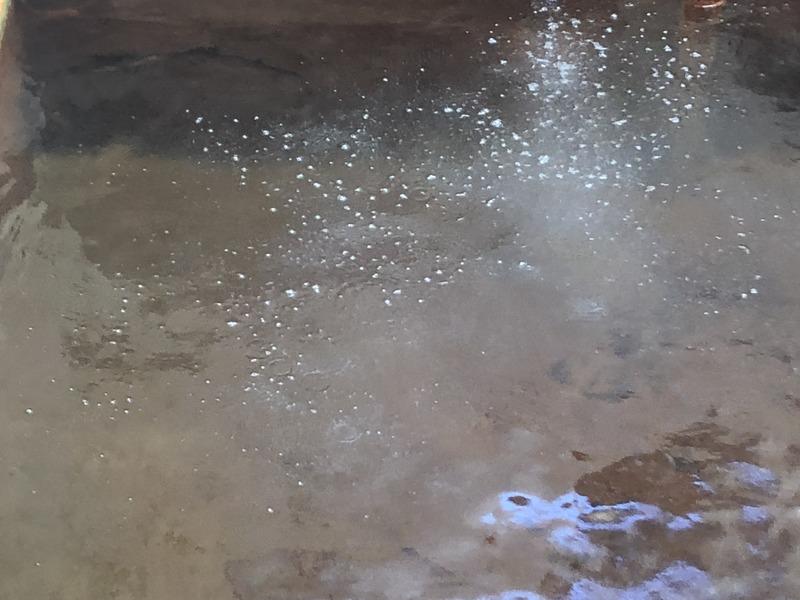 On the way to Kumamoto, of course, I went to Taikan Peak and entered Kumamoto. Aso is good no matter when I go (^ ^ ♪

Dinner became indebted at the representative's house and I had a good evening.

It is the day of the convention.
By saying the first venue, I walked while checking the condition of the road surface
There are also many white lines and there are considerable gaps. . . And it takes longer than 2 minutes to take course 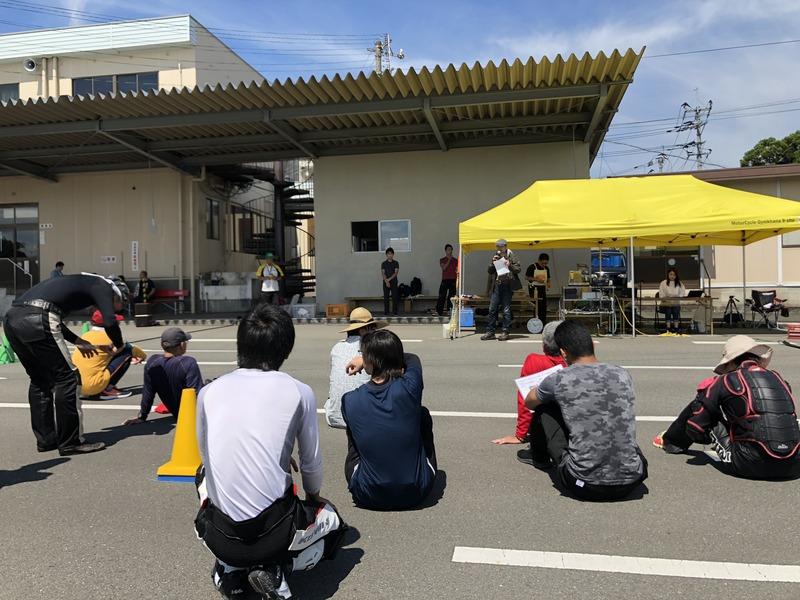 There is a narrow interval spatula in the second half, it is a course of killing Jeezy (laugh).

In the 1st heat eye, my body does not pass with a feeling that I do not feel well clearly. . .
Are you tired of a long trip? I thought "I can not win the age ~" 1st Heat
The distance between the photoelectric tube and the stop line is too long to know at which timing to come out.
Flying at about timing, flying (; ∀;). . . I can not get the power of my body anymore. . .
I will defeat the pylon and miscore without bending it. . . Moreover, it is a crying bee state that it falls by hooking the front brake to the pylon at the invasion of the Midwest section of the final section. . . (; ∀;) It was a bad day.

It was a reflection of me, but since around noon, the core of my body came out.
Would it be possible to run it this way?
Since I do not know the timing of the start, I started it certainly because it is okay for me to be late.
Since the core of the body also came out, I think that I was able to advance the machine forward while coping well with the gap of the road surface well. Unfortunately the last Nakanishi section. .
Although I have to pass through seven lines, I mistakenly passed one by one at the end, resulting in a tournament that is too bad that I missed the result.

Finally I brought it with much trouble so I switched to VTR and gave it time attack.
I just got on S1000 and my physical strength does not recover, and I can not ride a machine any more
It was a regrettable run that it would cut down again in the Nakanishi section
The goal time is 2 minutes and 4 seconds, if you do not cut it, it will be about 2 to 3 seconds.
Since S1000 was 2 minutes 1 second 1 …. VTR is terrible. .

After the conclusion, I thought that everyone was a slalom, but the test ride of S1000 and VTR began
Everything was finished while doing various things (^ ^; Janken.

I wanted to talk to the players even more, but it is difficult during tournaments.

I will definitely go again so please take care of that time. .

Latter half
After tournament, we had a nice hot spring with staying in Minami Aso.

I went down Aso and got on the ferry of Kumamoto ~ Shimabara line and entered Shimabara, I enjoyed the spectacular view on the Unzen Ropeway. 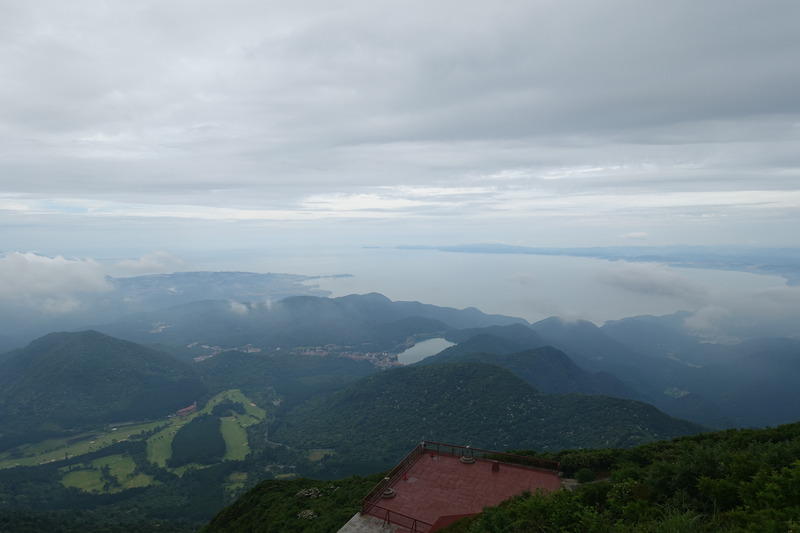 And got a gentle taste of miso soup. 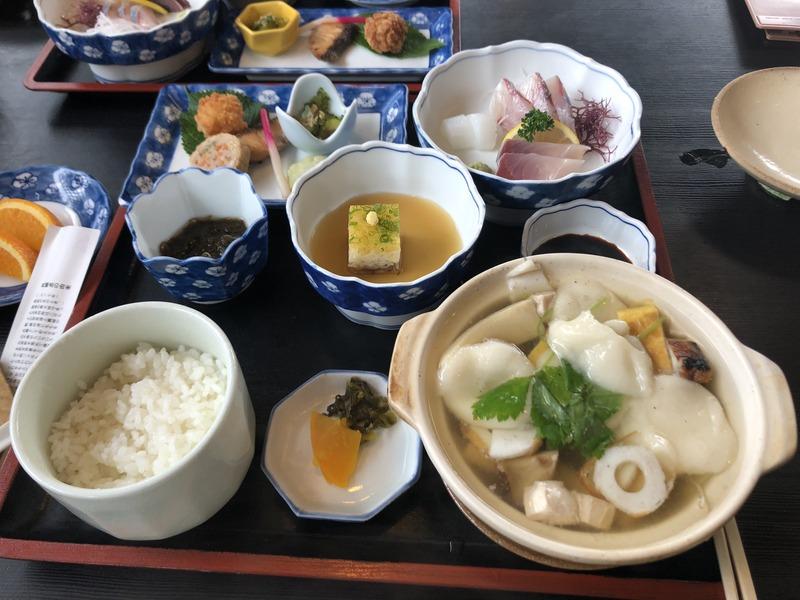 I took this lodging in Sasebo, so I watched Kujuku Island by approaching the exhibition sea peak, so that the sunset could be seen.

Speaking of Sasebo! It's a Sasebo burger, is not it!
It was delicious. 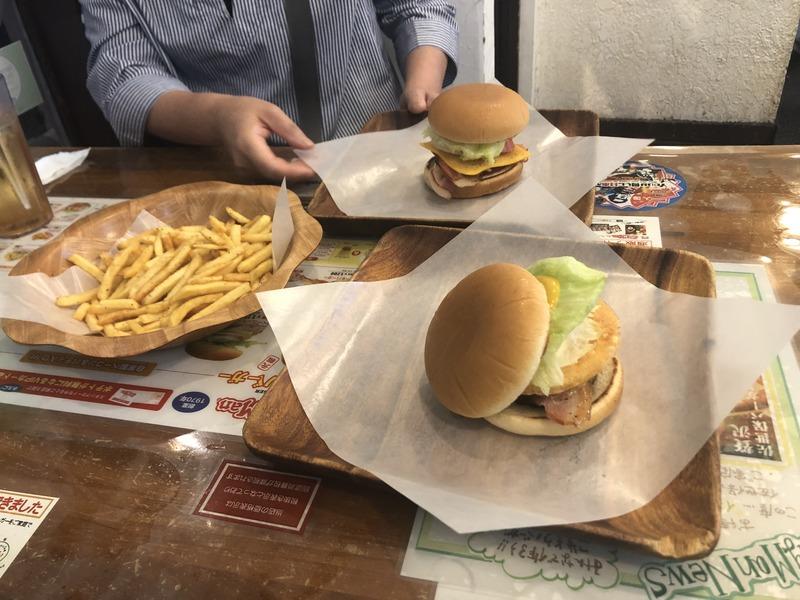 On the final day of Kyushu, we went from Hirado Island to Lucerne Island and enjoyed a spectacular view by the big fly nose. 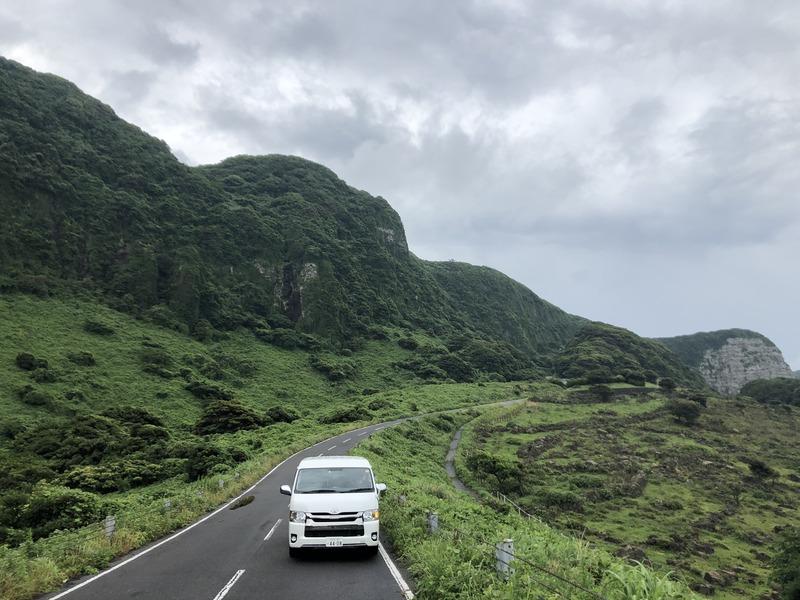 I have eaten a squid with Yobuko. 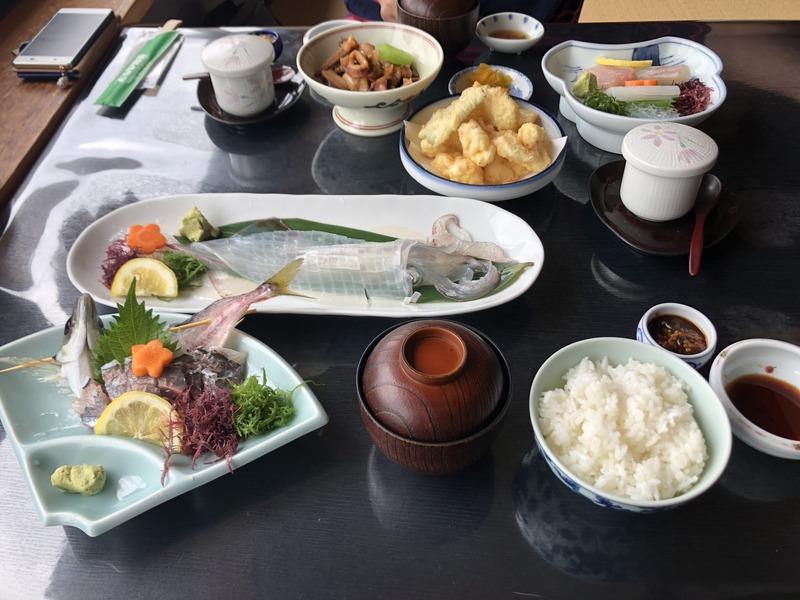 Actually this route. The reverse route of Kyushu Touring last year. .
This time I went by car and my wife enjoyed it.

In the Kyushu expedition this time, the competition was a bit disappointing, but as a whole it was a very enjoyable and delicious expedition.
I will also participate in the Kyushu Tournament to revenge some time so please give me time again. .