Preparation for participating in "Tsunogawa wheel two wheeled one day school" held at Tsukinna Shiyouri on July 31
I did it.

Speaking of the moon ring, Mr. Uno who is on the ZRX 1100 is there, but I want to run all the time forever!
Several years have passed while saying that.
This is it! By saying that, I decided to participate by forcing the convenience of work.
Of course, I will take ZRX 1200R.

Because it had not been running for a while, it is ready to replace the tire, engine oil, break oil 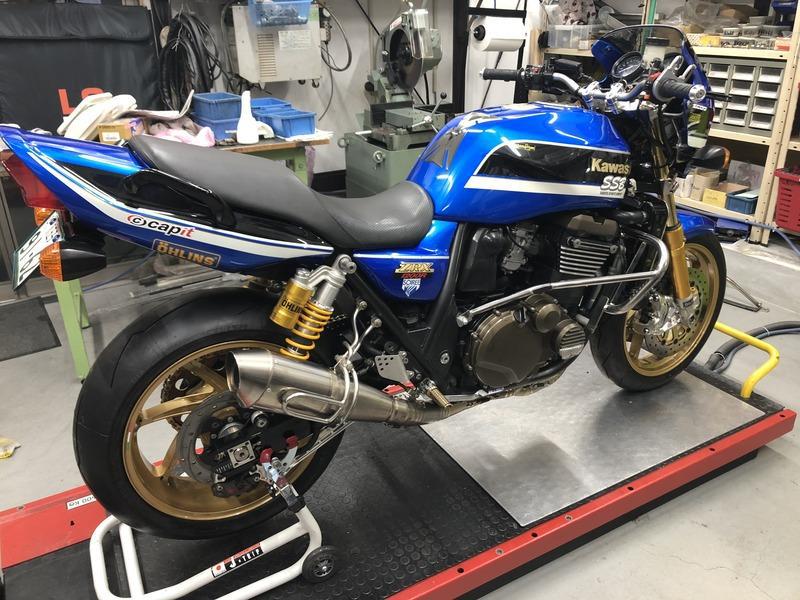 The problem changed only by appearance, how does Brembo of the rear brake work in a gymkhana-like run?
I mean the place to say. .
It seems that there are more people participating in ZRX, so flowers will bloom in riding talks, ZRX talks (^ ^ ♪

And it's not bad to let you sleep like this.
I think that I would like to run on ZRX 1200 for the 8/5 clerical tea ceremony cup.

How long can you run in the current SB with the current riding and the potential of ZRX 1200?
I am really looking forward to it.

After all it seems that the weight that makes it all going to be crisp is still SB for this class of vehicles, is not it?