In the beginning of the year, will you participate in a Gymkhana event in Beijing from a Chinese friend?
There was such a inquiry.
When I first heard it was a half-trusted, I thought that a story would also flow
The story went on and it really ended up going.
I would like to keep my diary in the best days of 7 days of movement ~ tourism ~ event participation.

Two days after Dunlop JAPAN was over, I went to Beijing on 9th October airplane.
Beijing airport arrival that is wide! 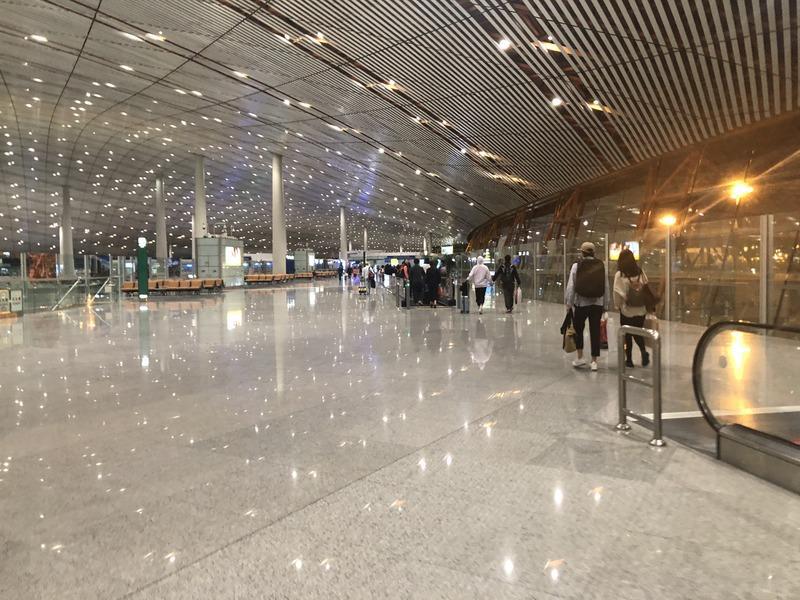 Jouchen couple came to pick me up at the airport.
I ran into the hotel in Beijing at night.
So I got notice from a friend.
1, Please drink tap water, as well as stop drinking rinse, so please use mineral water.

2, Although the toilet is washed with water, it is better not to run the paper. . Please throw it away in the trash can.

There was a common sense different from Japan which was clearly different. . “It will get used to it even if it’s been a week.”

The first morning in Beijing. . The first day is sightseeing in Beijing.
A wife who plays with the playthings of the health equipments in the city while waiting for the car to pick up (lol) 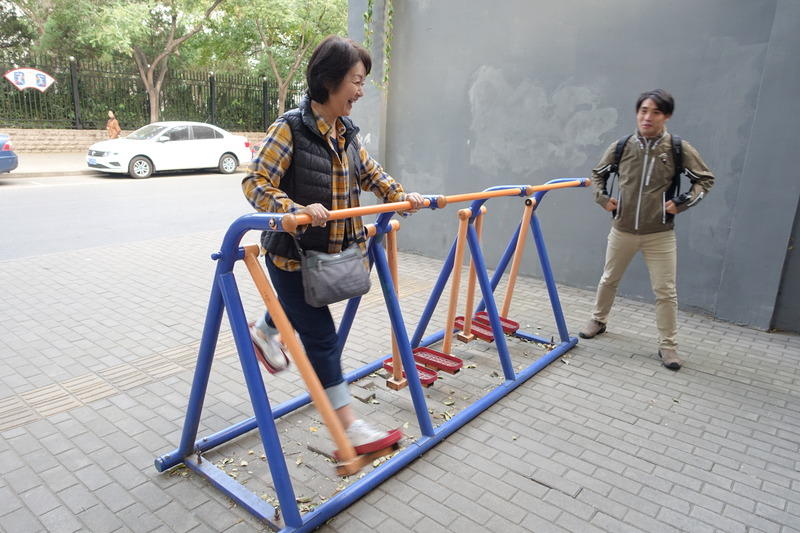 First we went to a nearby dining room to have breakfast.
It is a buffet style restaurant, but it seems that there are many people who eat out breakfast in China
There are lots of such shops!
This is the first Chinese meal. 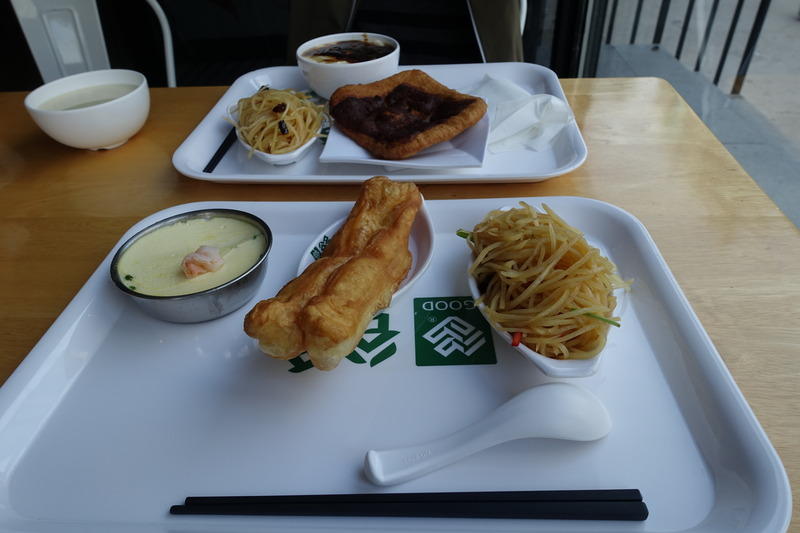 The appearance and contents, the taste is quite different ~~ But it is delicious (^ ^ ♪

Today ‘s sightseeing seems to be a tour of Tiananmen – Forbidden City – town. .

First we went to Zhongshan Park next to Tiananmen. . It used to be said that it used to be a central park. 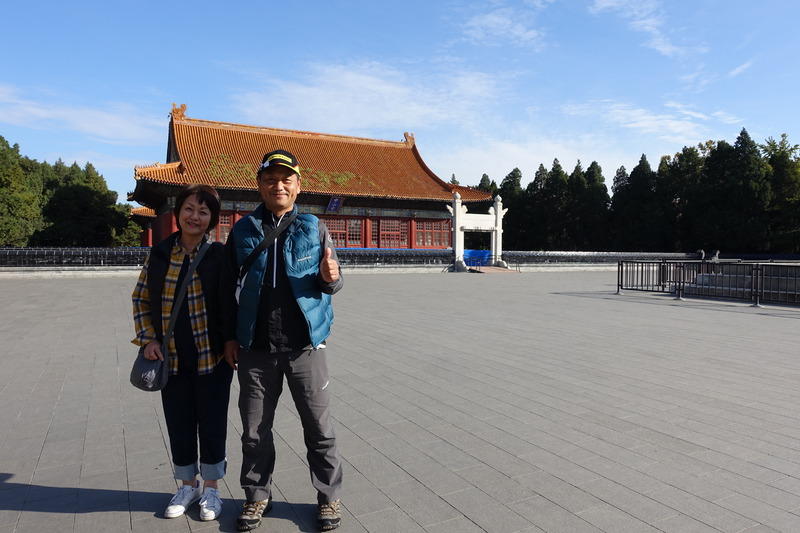 By saying that someone who is managing the park around here is in the company, I will put it in the basic through (^ ^;

And we are heading for famous Tiananmen. 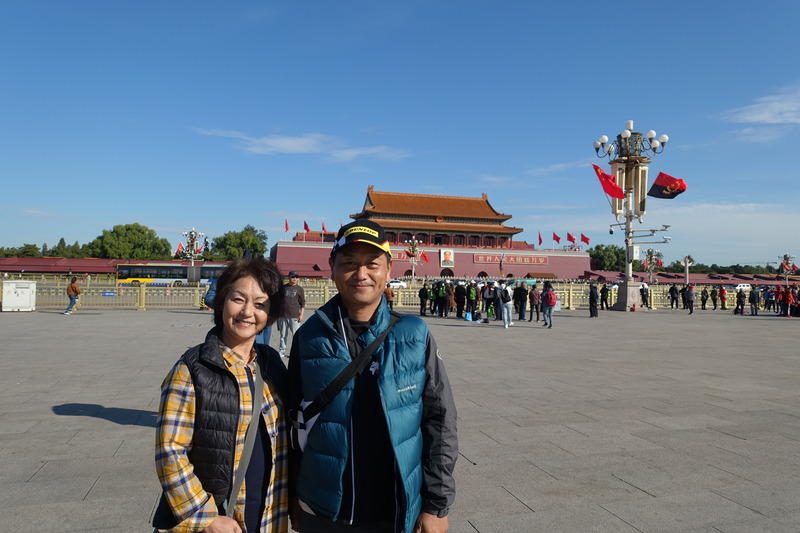 wide! And a lot of people. .
Even though it is a weekday, this person, it seems to come to sightseeing from and around China.
A soldier flying the flag every day at the Tiananmen Square. 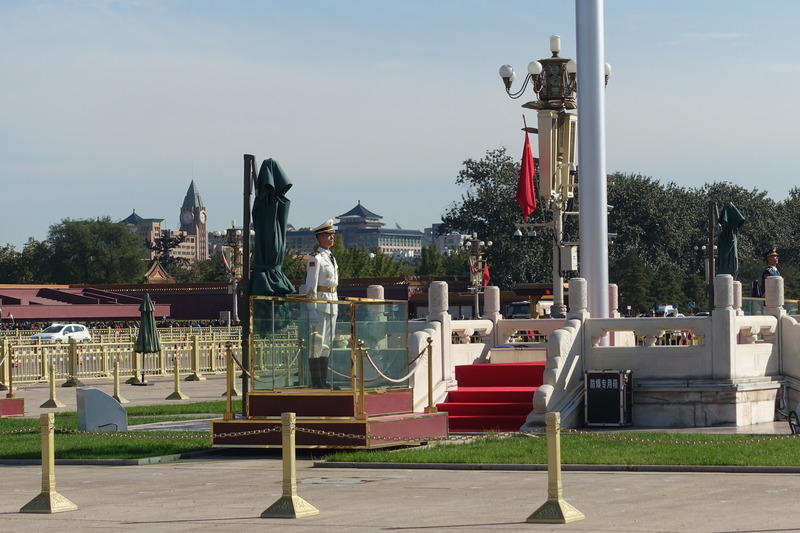 I thought that it was a doll at first as it did not move too much.
It seems that we stand for 4 hours with this attitude. . great. . . . .

Even close to Tian’anmen, it is disgusting. 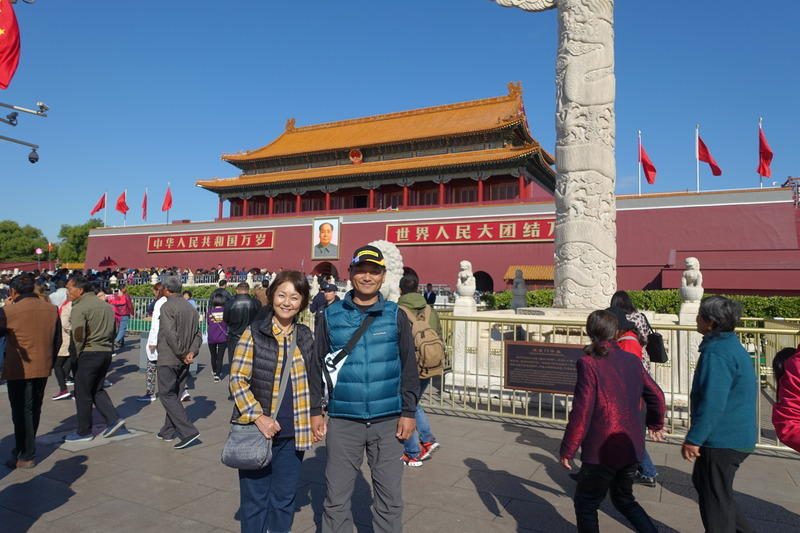 It seems necessary to book in advance in order to enter the lost palace, even Chinese people were also brought back at the entrance
Friends firmly made reservations, so we were able to enter.

I was surprised to see it again! Mecha wide

Such squares and buildings come out one after another.
I asked for explanation by borrowing a unit that will guide me in Japanese, but there certainly was a world of Sangokushi. 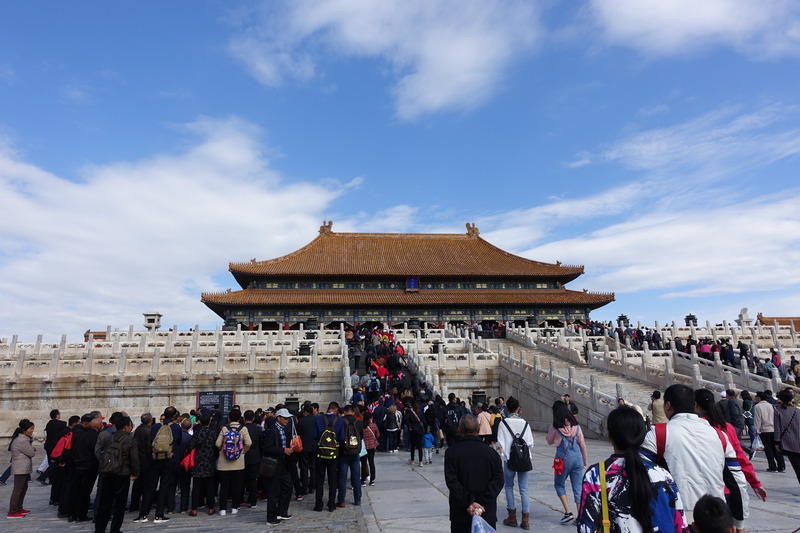 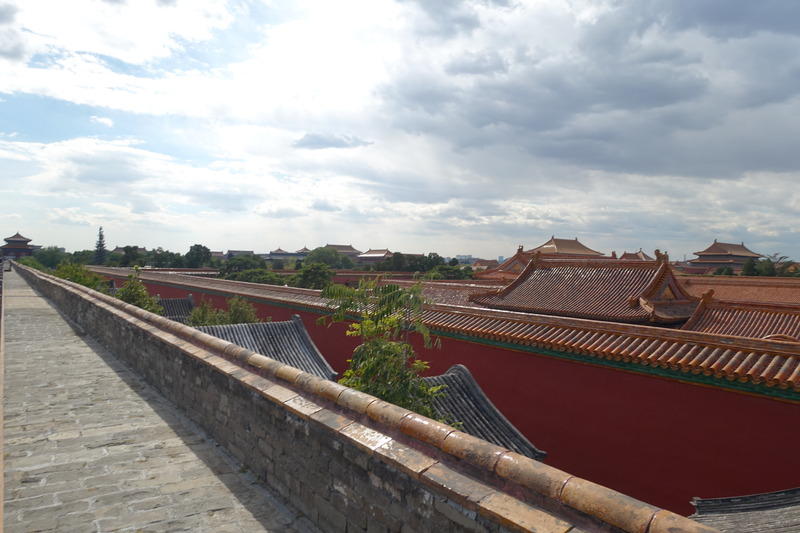 I went out of the late palace and decided to go to have lunch, but it is not likely to be possible by general tourists
It was moved by bicycle.
This bicycle is a share bike. . Excellent thing that lock is unlocked by mobile QR code.
To say that it is quite a substitute that can not ride a tourist. 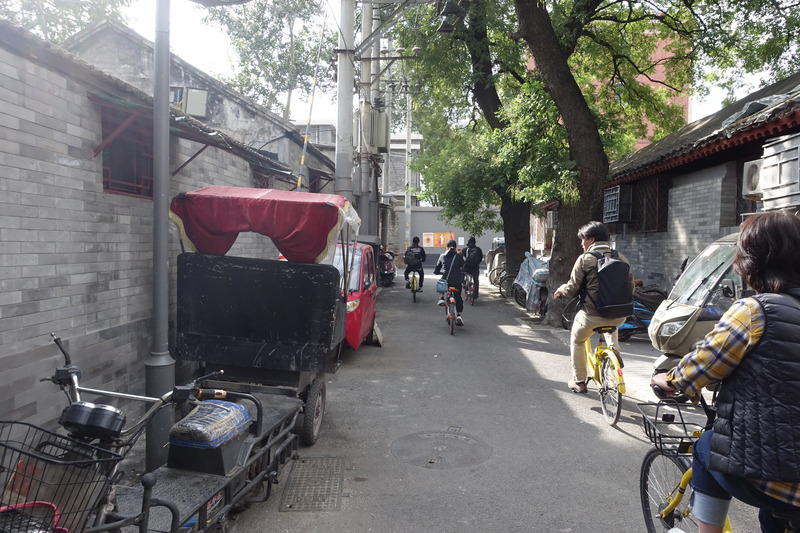 Road situation in Beijing, there are lots of cars, bikes and bicycles truly! Moreover, most scooters are electric motorcycles
It comes near without sound.
The four wheels get interrupted more and more and both the bicycle and the scooter are moving freely
My wife is with me, is it okay? I thought.

By the way this is also an electric scooter. 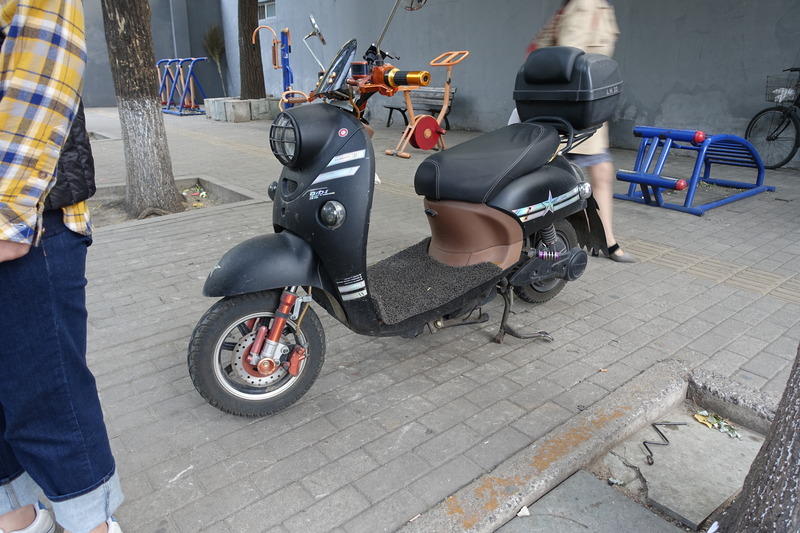 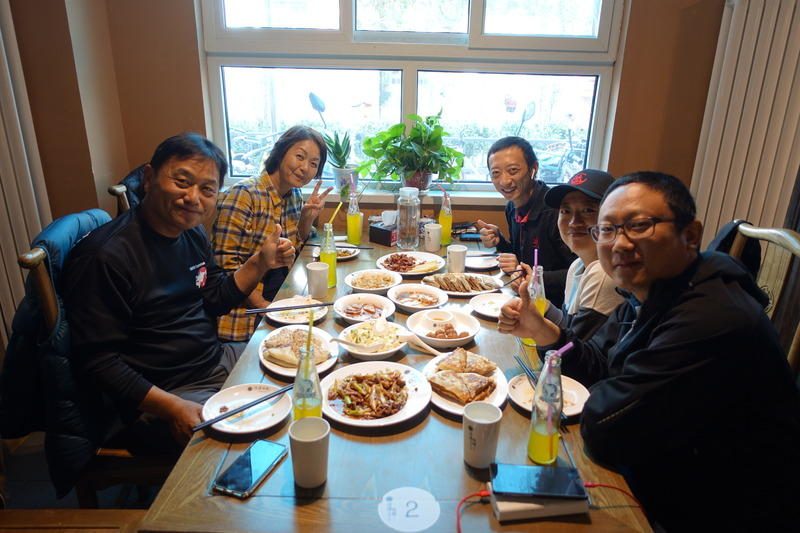 I will have a Beijing cuisine that I have not seen.

Kiyama Park is a park on a small hill behind the palace.
From here you can see the whole view of the palace.
It is a really large site. 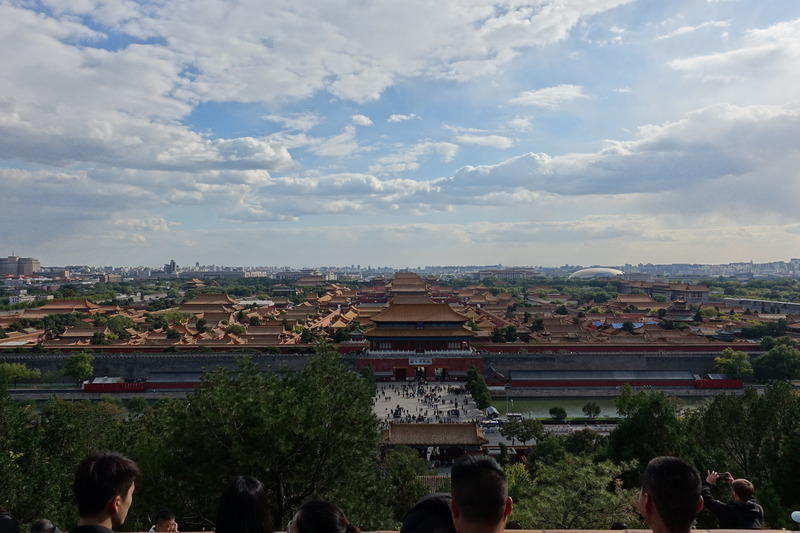 After that, I went to the white tower and walked the Beihai Park and the sightseeing of the first day was over.
It seems that he was walking more than 20 thousand steps. .

However, it is the night of Beijing which still does not end.
Beijing is ~ ~ Beijing is Speaking Peking Duck is not it ~

I took them to a shop in an ultra high-end shop. 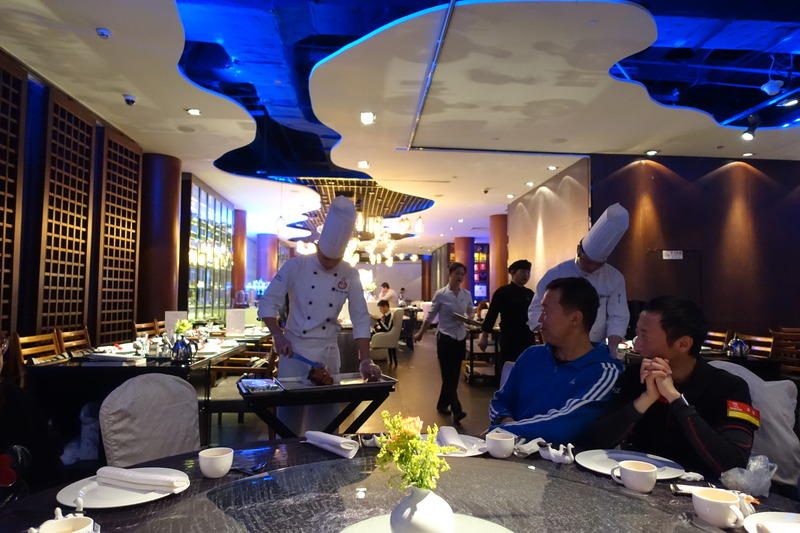 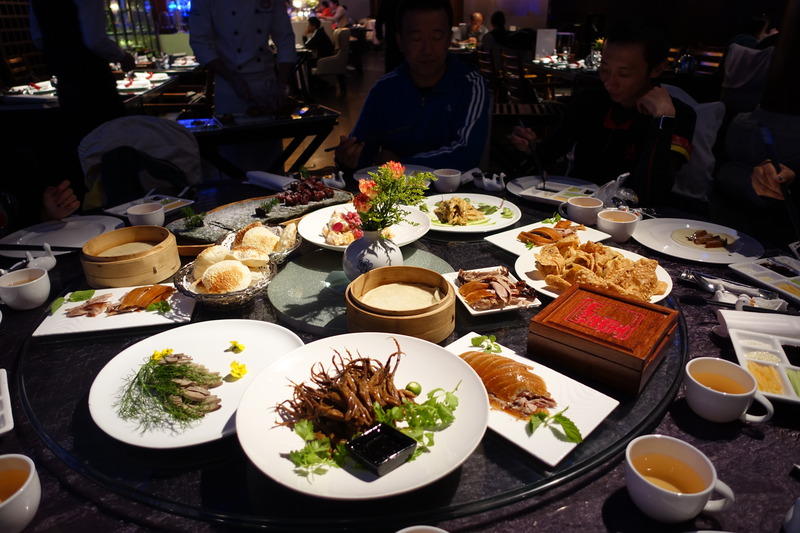 Foodstuffs that you do not understand unless you explain it line up.
By the way, it is said that Beijing duck tan is the most in front. .

I got hungry, I got to bed at the hotel with a tired body in no time.
Come on tomorrow is the summit of the Great Wan ~