I went to the second round of Dunlop.
As a result, it was translated as A-grade seventh place, but it became a tournament that recognizes the current defects of the machine again.

It is very bad acceleration to mid speed. 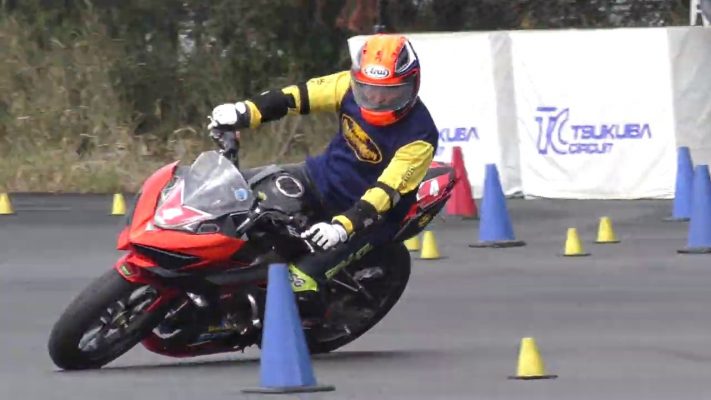 If engine rotation goes up, it will accelerate moderately, but anyway, the interval from the place where it was dropped to getting on the cam is very long. . It does not accelerate even if it opens. Only the sound will go first. .

Well, it may be worthwhile to overthrow with the current model ninja 400 compared to the top player’s machine with only 2 high-performance machines such as NSR, 2 Thermos, and NSR and レ ー が ー タ ー ド. I think that it is not a dream to catch up with the acceleration of high rotation if you pull out the performance.

As a result of consulting with a specialist, the middle fuel control has become very thin relatively.
Although the sound is loud, it does not advance. . I feel that only the sound goes first.
This is a symptom often seen when thin.

I decided to take various measures to improve the acceleration performance of the engine on this occasion.
I would like to test it including ECU, muffler and final.

Until now, because it was the foot riding that I worked on in various ways to put out the time with the engine that the middle does not accelerate, if this comes with the acceleration performance, I can surely give a good time! I think so.