I participated in the MFJ Cup West Japan Tournament held on November 17th.

I have been suffering from judder for a month before this tournament, and I have been setting it up in various ways.
The official practice session held on the afternoon of the 16th the day before the tournament brought various parts and adjustment tools to cope with judder measures and various contents.

After running and adjusting, changing and repeating the adjustment, we managed to get into a problem-free state.
It was a very sad situation that all the parts that were changed before the problem occurred can be solved by returning them to normal (; ∀;)
However, now that you have tried and errors, you can run cleanly in the future. 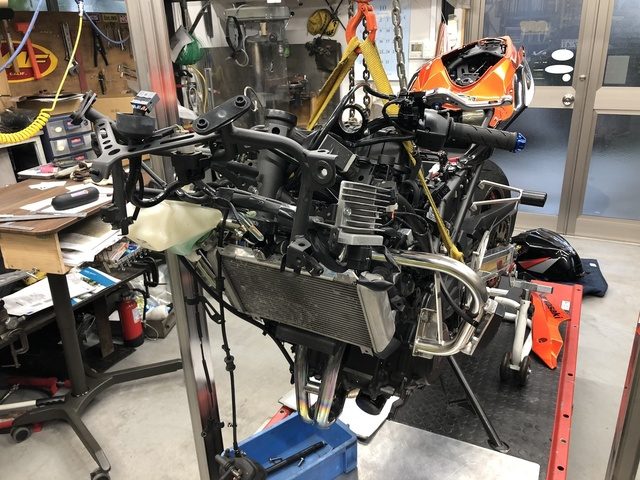 There were also some other changes, so all of those requirements were able to move forward.

This time I wanted to feel a little safer because the temperature was low, so I went with the Diablo V3 I had taken, but there was no time to set up exclusively, so I decided to run as it is did.

Compared to V2, the feeling of cutting is reduced, but the case is a little harder, lacks a feeling of grounding, and is the turning force less? It was the content that I thought.
I can’t get my body inside anytime. . It became such riding.
I think that it will be even better if the setup is advanced, but I thought that α13sp is better for this time.

Still, 1st heat, 2nd time, 2nd heat dropped to 4th place, but I was relieved to be able to get into NSR.
From now on, I would like to work hard with the fine adjustments so that I can improve my syncing by the next season and make a top battle with the top team.