I participated in the Genki Sudo produced Moto Gymkhana, which was popular on the internet.
The location was Oiso Long Beach parking lot Kanagawa Prefecture, Naka District, Oiso, Kokufuhongo. 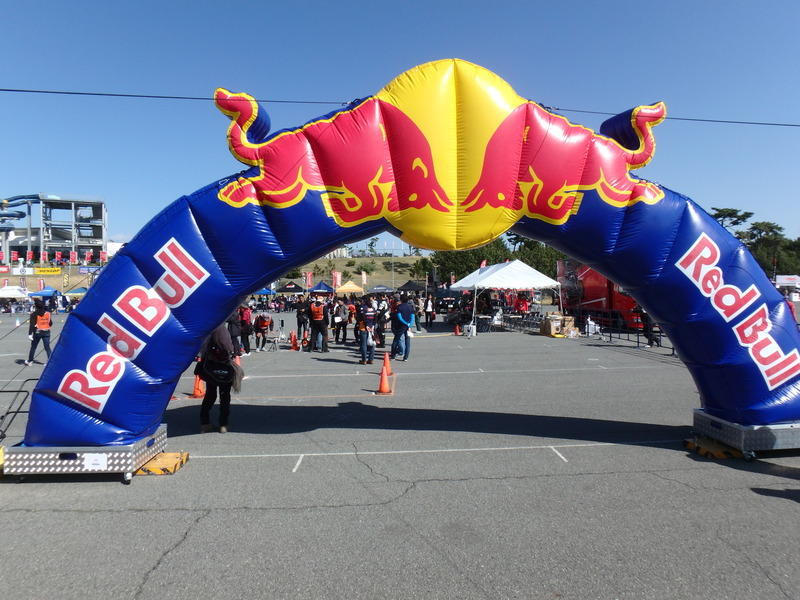 The course here is a nostalgic place where we held the Bridgestone Battlax Cup some 22 years ago.
The road condition is very bad in my memory! That was what I had thought.
It was worthwhile to clean the staff and athletes, and I was able to run in ample grip.
Thanks and thanks. 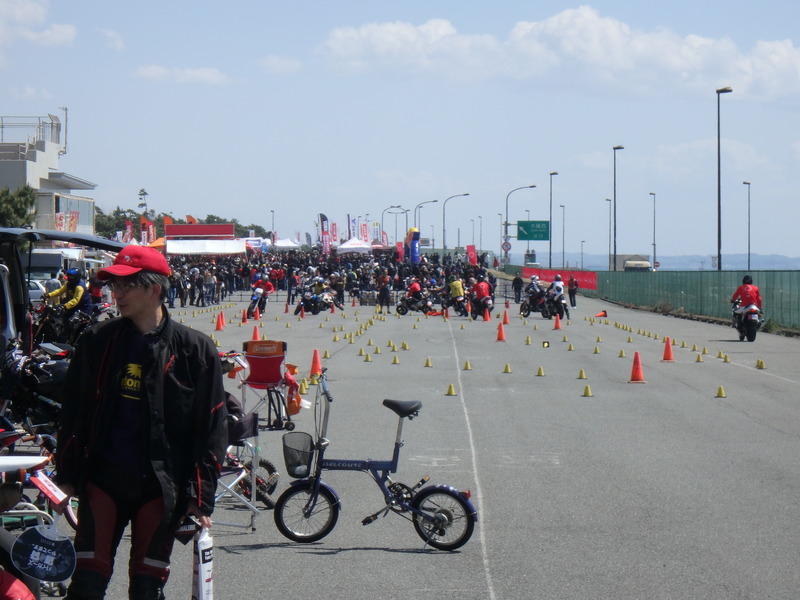 In this time I say that many customers will come, I brought down my ZRX1200 just to decorate the paddock (^ ^ ♪ 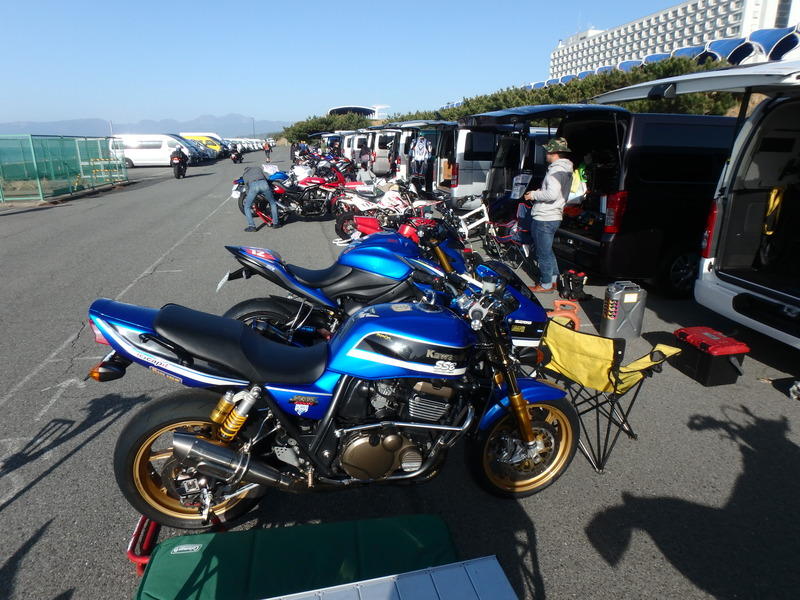 Preliminary in the morning is the 38th run and it is a battle with Asano.
Oh yeah, Moto Gymkhana this time is a winning match in a twin course.
The qualifying is the content that classifies according to time.

Because it can run only once, it is a major premise to put out the time without any mistake anyway.
The time we successfully scored was 36 seconds 0 …
It was decided for me to start the S class on the afternoon’s final in the top time of qualifying.

When we arrived at the afternoon, many visitors came and it was a great crowd.
I’m excited about getting excited.

The first race of the afternoon.
What a fight with Otaki,
His ability is completely over me, so I can not win if he gets on the wave (; ∀;)
I am very nervous because I know that.
And course A!
As I actually thought, the space on the right side of the straight is a bit narrower?
The inclination of the back straight is big and I feel a little uneasy. .
I felt such a difference.

Nakajima of the same club member in the second game.
I always practice with Krisp at the same time, is it a character of Nakajima-kun? The battle is kind of exciting.
Because I understood that there is a possibility that it might be overlooked if it is excessive in the experience of the first game.
I will run carefully. I did not say time, but I think that it was a good run as it was.
We also won this race and we finally advanced the piece until the final.

As I said after all, or to say natural, the opponent is Tominaga, the champion.
It is enough to hit with full power.

Since I came to the finals, I made up my mind to decide to run thoroughly without anything to leave.

I managed to win Tominaga somehow.
If Tommy had not slid at the last opening place it would have been a bad match –

The 2nd heat in the 1st race of Dunlop suddenly flashed with my own mistake, so I am really happy that I could win this time.

The season has only entered yet, and the pleasant race still goes on for a long time ~