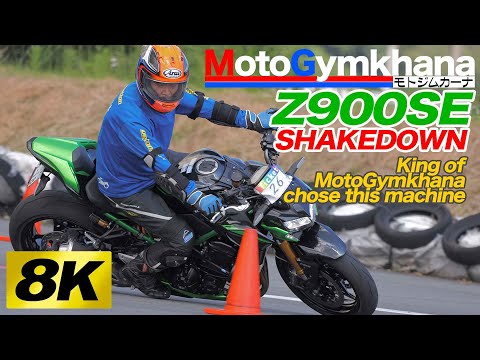 After getting used to the Z900, we finally started testing and setting up the gymkhana in earnest.

My impression at this stage is that the machine is very easy to ride.
The problem is the lack of front suspension power due to the lack of dampers “The final is not optimized”
tank is in the way. .
I thought that improving this area was the first setup.

After nearly two weeks, it was a test run that included problems with the front suspension and the final.

Even at this stage, we cannot deny the lack of front damping and the lack of engine power, so we will continue to work on this.
At first, I was worried about the grounding problem, but so far I haven’t had any problems with grounding, so I’m going to keep running like this for a while.

After the consecutive holidays in October, we will be able to proceed with the setup further, so I think we can show even more evolved driving.

So far, my impression is that the frame and engine are very well made, so even if the suspension is not perfect, the tires do not slip significantly and the convergence after slipping is quick. . The engine is also very easy to handle, and it seems that the potential can be further increased with future setup.
The first goal is to get the potential of the ZRX1200 level, so I think we can achieve that in the not too distant future. That’s my impression.