Maybe it will be the 23rd time this year, I went to the Oyaki Touring.

It is the same as Gymkhana and it is long when I start one thing.
There are already few members in the early days and it is only me that I go to all the oysters touring.

With 8 years ago? Seven years ago? Junior teams aiming to be pulled out of the body of touling tooling came to appear
Oyaki Touring! The variety of pleasures have also increased and it is becoming a tooling whose pleasure does not change even if it comes to giving top priority to having the pace slowed down yearly every year according to the year.

The current pace is the pace at which I run at the time of ultra long-distance touring, so I am self-directed safety pace.
If it is not enough for this pace, I will go ahead and leave it to individual judgment because it is an OK touring.

This is a preparatory forecast for this oyster touring, the first day will be down until around 12 o'clock.
Does the machine be ZRX 1200 R? I was wondering if it would be CB 750, but because there is a rain forecast even a little
ZRX is dismissed, departing on CB 750 with touring tire Rochtech 01 installed.
NC 750 is the best, but if you can not go to long distance touring for a while and the car inspection has run out, it was not possible to take out this time. 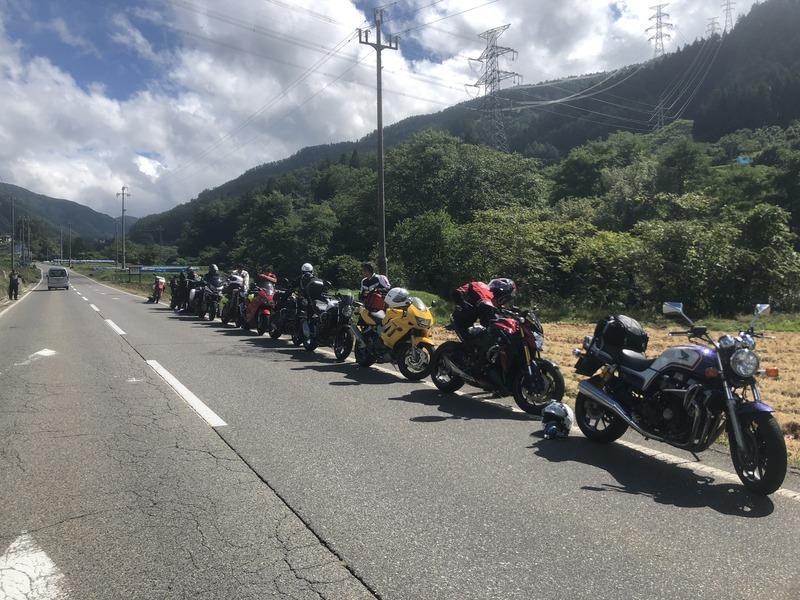 There was also rain forecast, but in fact it was lucky to be rainy almost like rain.
However, the road was pretty dirty and the machine became dull.

Last year was NC 750, Last year it was ZRX 1200 This year CB 750 and Junior Corps are going through extraordinary work that pulls out with a different machine every year
This year 's CB 750 has no size of NC, ZRX' s speed and no sound, I tried to appeal the adult 's touring that quietly pulled out.

Air-cooled 750 CC, I feel like my uncle's bike, but the best thing to do is perfect, even if I skip a bit
I will take it at a reasonable pace and I will not get tired. .
I would like to increase 100 points as a machine I normally use. 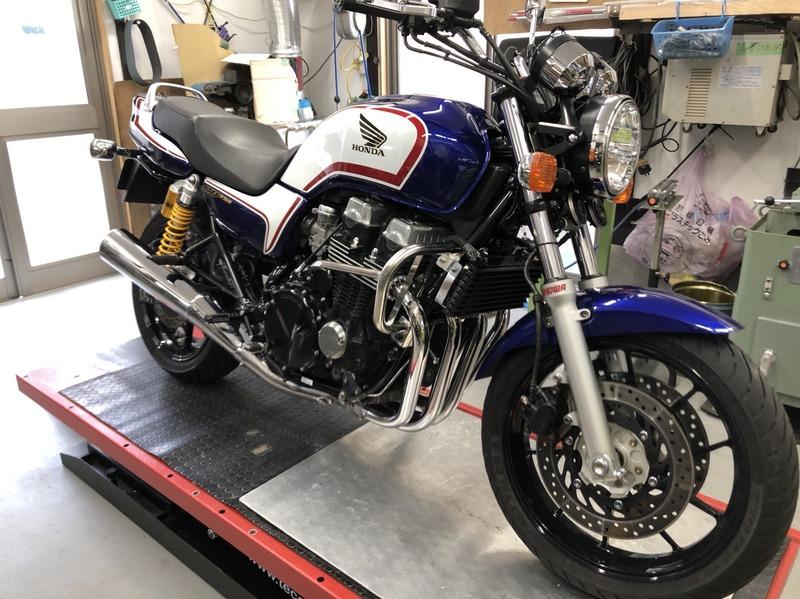 Although I derailed, this time's grueling, oil blowing and being late, being used in the middle
The battery crashes in the end.
Well there were so many, but let's assume that this level of trouble can make you laugh ,,,
It is important to say that everyone eventually returned home safely.
With this, we can plan oysters Touring next year as well.

Running was able to ride the rhythm, running was fun, the night party was fun.
I can not stop for a while. .