Recently there is white smoke from DRZ muffler ~
As I continued to be pointed out, I decided to do OH on the waist.

I decided on Tuesday the 23rd … · I ordered the parts right away and the arrival of parts arrived Thursday
Works are Friday, Sunday night of two days · · ·

The most anxious thing is tappet clearance, if there is not a shim that can be used madly
It is a bit of a problem. Because Sunday is AB skill.

Well, firstly we will remove the exterior, muffler, radiator, carburetor etc.
Confirm the tappet clearance after removing the head cover!
It is safe to say that both IN and EX are within specified values ​​(^ _ ^) v

After that the engine rose and piston ring exchange.
Head also rose and valve oil seal exchange.
After checking each part and getting dirty it is the next set-up.

It's steadily assembled and the engine gets a fire too!
As time spent, engine oil change and stem bearing grease change.
In addition, the maintenance of this time is over with wearing a recently prototyped handlebar guard ~ 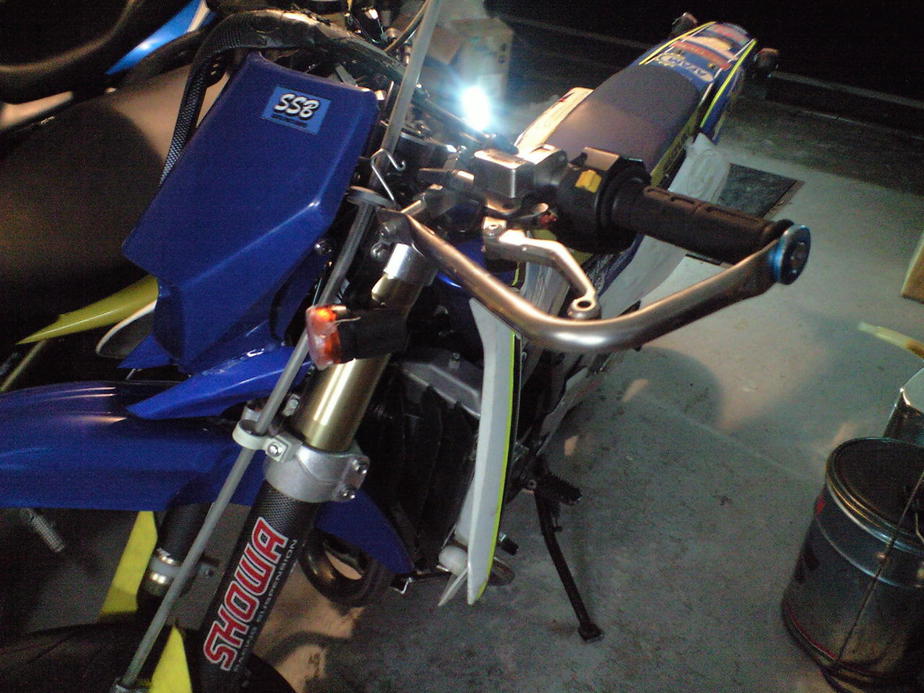