Although it is a motard machine, I think that SM 250 is clearly different from 400 and 450 machines.
Obviously punch power from low speed is lacking, so you can not aim the time with the same way of running.

It seems reasonable to run by increasing the average speed by taking advantage of super lightweight and low center of gravity car body performance.
In the slalom run which actually ran with other cars, we demonstrated the performance up a notch with the cornering average.
It is interesting to be able to run in the bank bank making full use of this performance (^ ^)
I'm excited about how to run without having ever tasted. 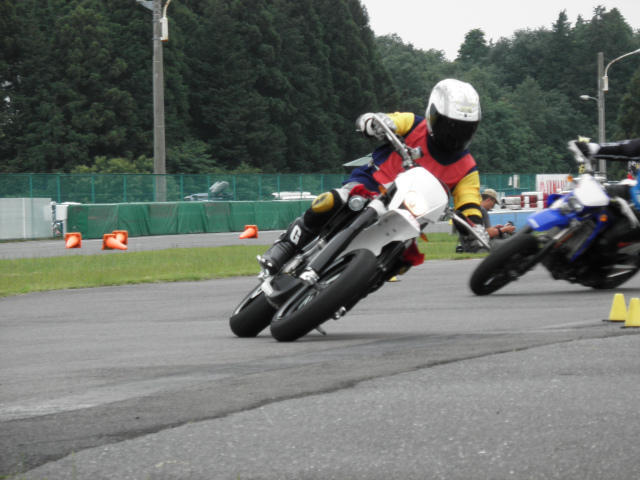 Another run that I have not been able to do now wants to sleep a little more rear tire at low speed!
For machines with high seat height and high suspension stroke, including clutch work, at extremely low speed
The rear tire can not be laid.
As a countermeasure, I would like to cope with the way to lower the seat height and adjust at the next competition. 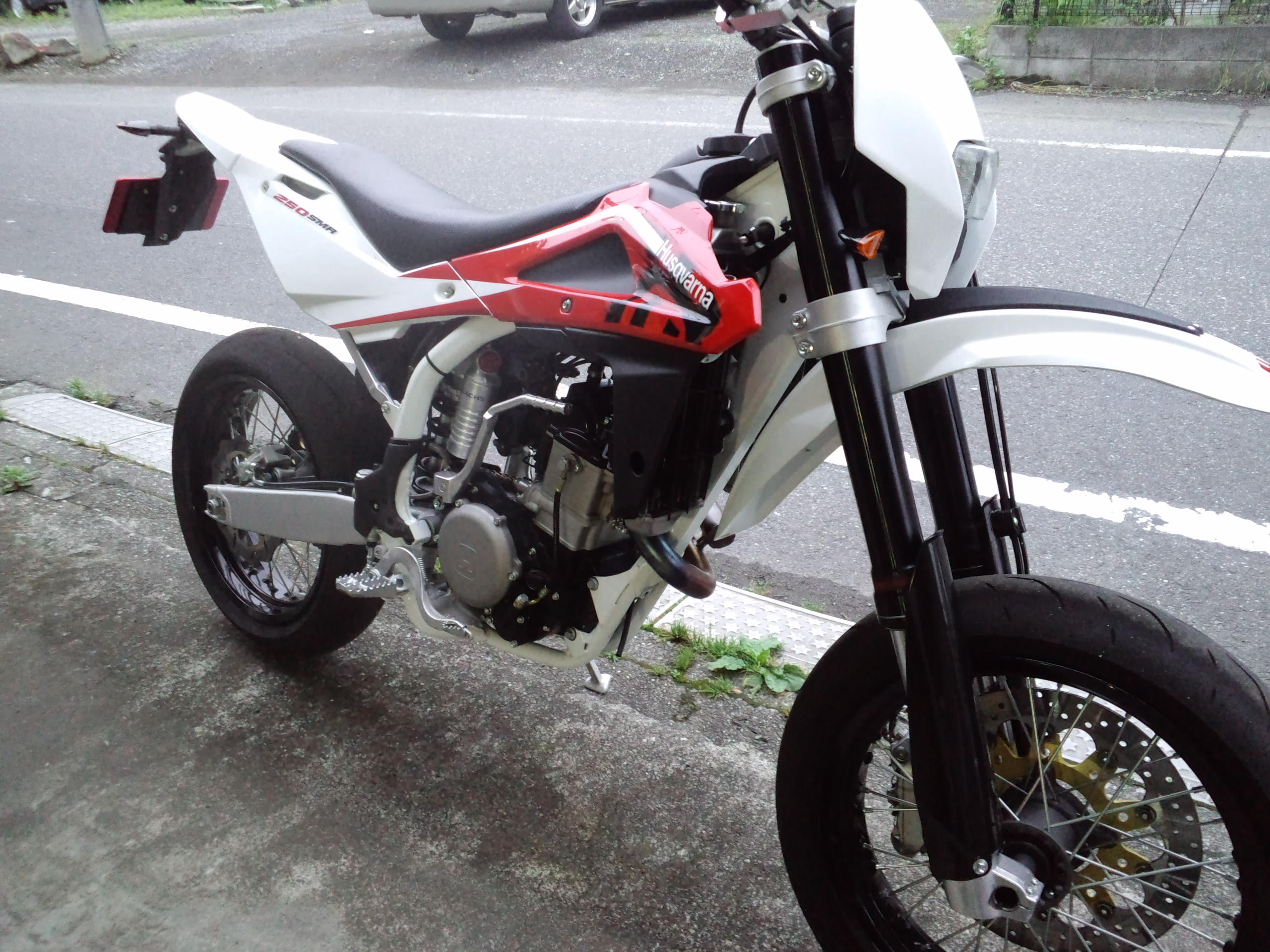 In the feeling I ran yesterday, the rear was better sleeping than before and the stress on the engine was being alleviated!
To say is evidence that a rear tire is running, perhaps a further upgrade pace may be raised.
However, it seems that the front load shortage has occurred, so it seems that adjustment is required.

It is a challenge in Husqvarna, which has just begun, but there are so many things to think of
I hope that you will be able to show your fun runs by brushing up and running the cars and machines.