I thought I had come to a pretty good place this off-season when I learned a lot about the 2022 Ninja 400.
I suddenly flashed in my bed in the middle of the night, and if I had to do it, I opened my computer and changed the direction of engine control at once. 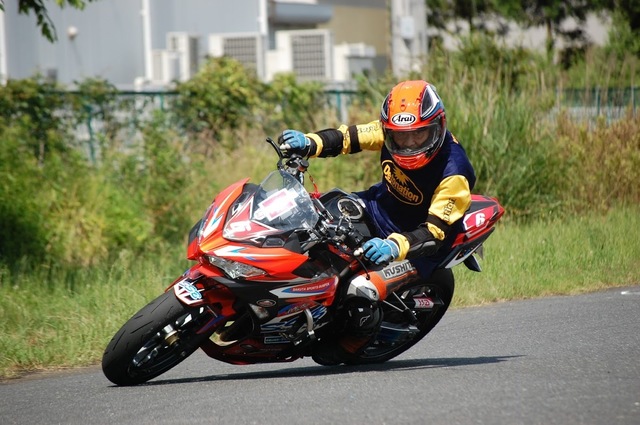 What should I do ~~ Oh! “It’s because I played with that part.” .. .. I know, but I can’t make it anymore. ..
Even if it is a figure of eight, it is likely to fall. .. It’s dangerous ~~~
Even so, it was the first heat that I managed to cheat and reach the goal, but the phototube collapsed due to the wind and it was a restart ?
I came back without falling down ~~~~

Lunch break surely that part! I understood that, so I started the test by warming up in the second heat after making corrections from the log data.
It feels good as I expected. ..
The control method at the flash is not wrong. With that understanding, I was able to take the plunge and run for a different heat.

When the engine control is in place, the situation of the undercarriage can be seen.
Grip, turning, stability, figure 8 rotation, isn’t it?

Aside from the time, I think I was able to run well.

It’s almost time for the Dunlop Cup. .. I would like to boil down the engine control a little more.