Last year was cloudy and rainy Aso.
Aso in fine weather this year! ! ! !
You can only run from the early morning right?
So I got up at 4:30 pm! I started running before 5 o'clock (^ ^ ♪
Aiming is Taikan peak ~~~~ "What a frost has gotten down, it is said to have been 5 degrees Celsius" 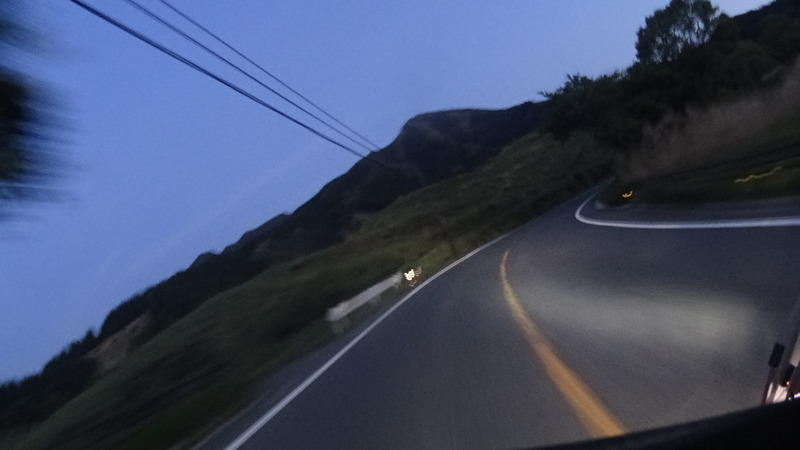 From the hotel to Taikan Feng 40 ?,,, After passing through the Negishi mountain pass, I ran into the Taikan Peak at Milk Road. .
It feels good ~~~~
It was almost in time for sunrise. 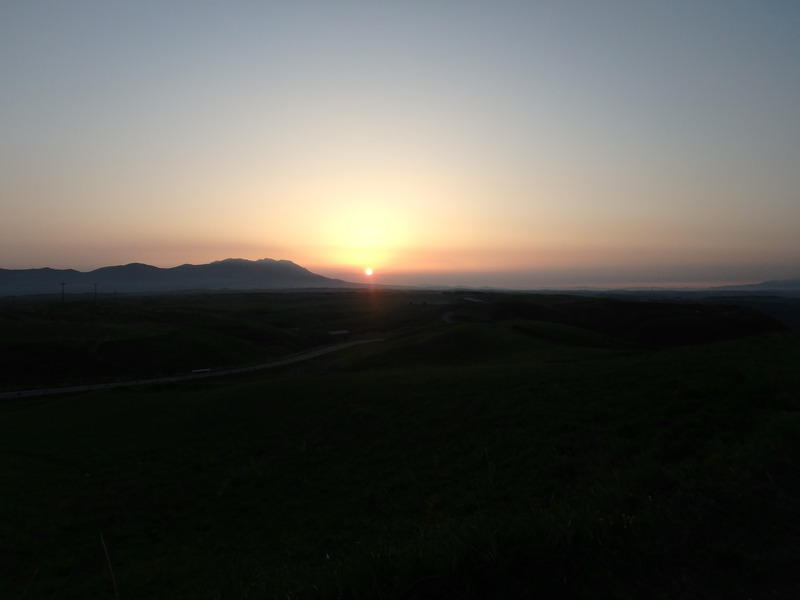 It would be nice ~ ~ っ て う ら け け If you send LINE to you, the reply that came back with haste
"Now! From now please see the mountains on the left, Kokonoe mountains
Three-dimensional Kokonoe mountain should look very beautiful!
Blessly "

It was a promise of breakfast from 8 o'clock as it is
On my way home, I heard there is a campsite where you can stay where you want to join us. .
It is rude to return home without saying hello ~ ~ ~
I silently caught you in a while saying ~ 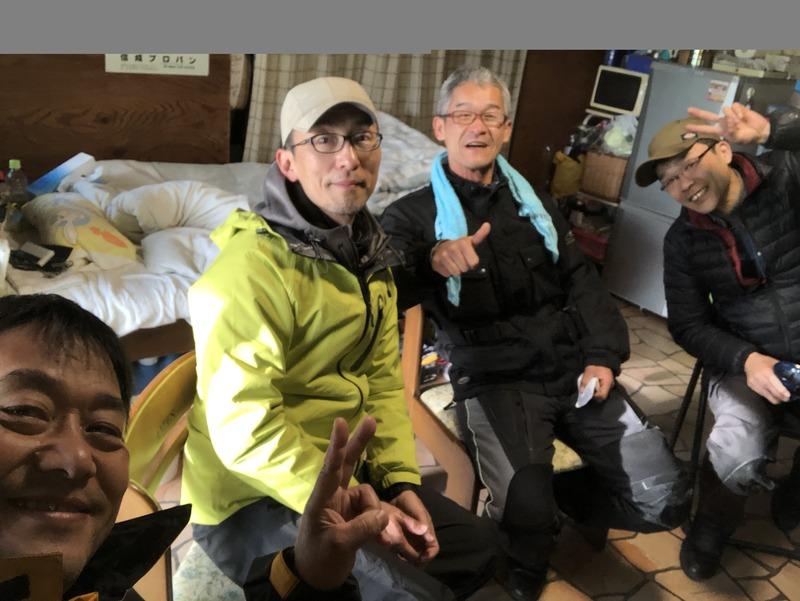 Today is the final day of Kyushu, this time I will return by ferry from Miyazaki so we were thinking about some routes
Last time I passed through rainy Shiiba village, after all I chose Shiiba village route by saying this is revenge.
Shiiba village … It seems that people from Kyushu are also called Kyushu's remote area ,,

Before that, the summit of Aso will also come close and aim at Shikiha after lambing Aso. 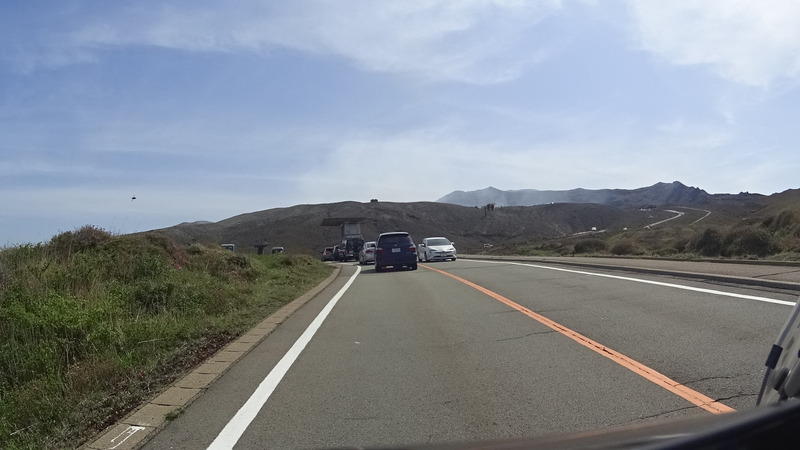 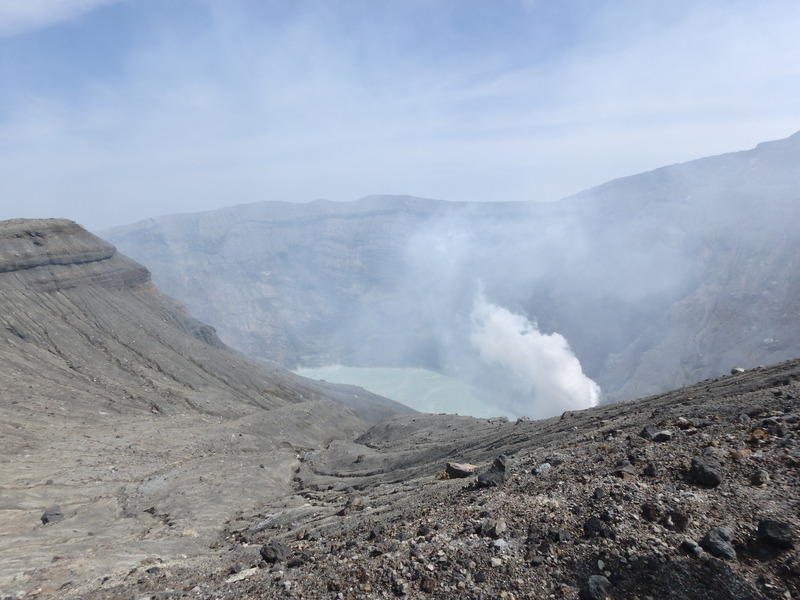 I will go through Nodame again and I will south down the national highway 265 at a pace that feels good. Up to Shiiba village, the road is also unexpectedly wide and it is easy to run.
However, the path that goes past Shiiba toward Miyazaki lasts a long way.
There is nothing straight there, Kunekune, if you say it in the Kanto region, will it make me understand if it says like lengthening the grape pass?
I think that I went to Miyazaki through the crucial road 265 to 219 last time, so I decided to go out in the sun in 388 this time.
Somehow, even further than the way I have been, the bike continues to bank continuously. .
Sand, fallen leaves, rough road ,,,,,,,,,,,,,,,,,,,,,,,,,,,,,,,,,,,,,,,,,,,,,,,,,,,,,,,,,,,,,,,,,, " .
I already have sea urchin in my head. . This is what I am experiencing the longest kunekune among my life ~ ~ ~
If I think about it, I'm running from 5 o'clock before, is not it ~ ~ ~
Rather than thinking, the feeling that experienced body is riding freely. . .
No, it is already painful ~ I came out in the streets when I was about to find a convenience store. . . .
You can refresh drinks and energy! Ho ~ ~ ~ It was a moment of relief. 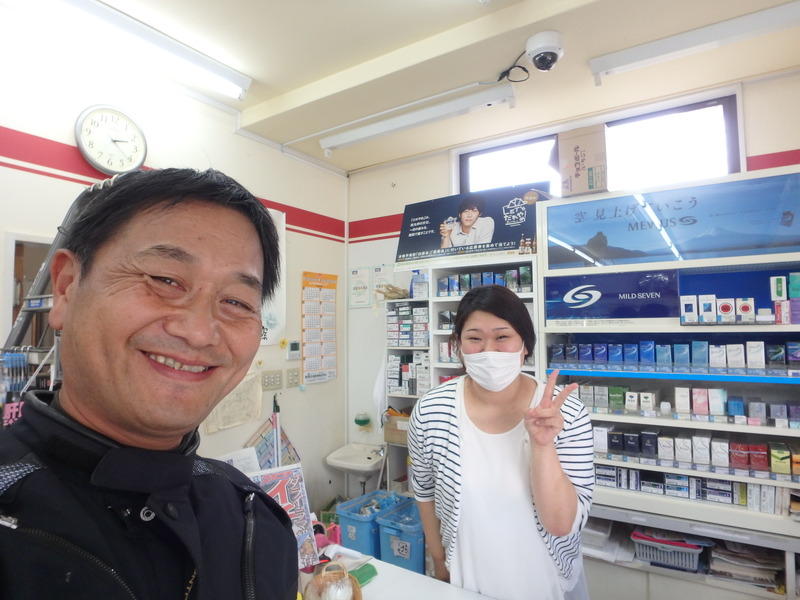 My older sister here, I heard that he lived in the Nishigetsugawa in Tokyo a few years ago. . . I was excited to say I was Ome.

Route from here, do you use high speed? Would you like to go home on ordinary roads?
Let's go home on the ordinary road. . So, select the prefectural road No. 22. .
This is it ~ ~ Although it is a continuous holiday, a road like a grand route without a car at all. .
The road is also beautiful. . . It was awesome ~ I ended up running extraordinarily on the cruel road, but I feel pleasant and can not stop. . (Lol)

Even such a way approached Miyazaki, the number of cars increased and it was only to run it indiscriminately.
As soon as we arrive at the ferry platform, we will complete the procedure quickly and get onboard as soon as possible.
After getting ready for haste and getting in the bath after riding, it is a toast with beer while watching a motorbike coming late.
I'm getting used to the ferry ride by motorcycle too ~ ~ 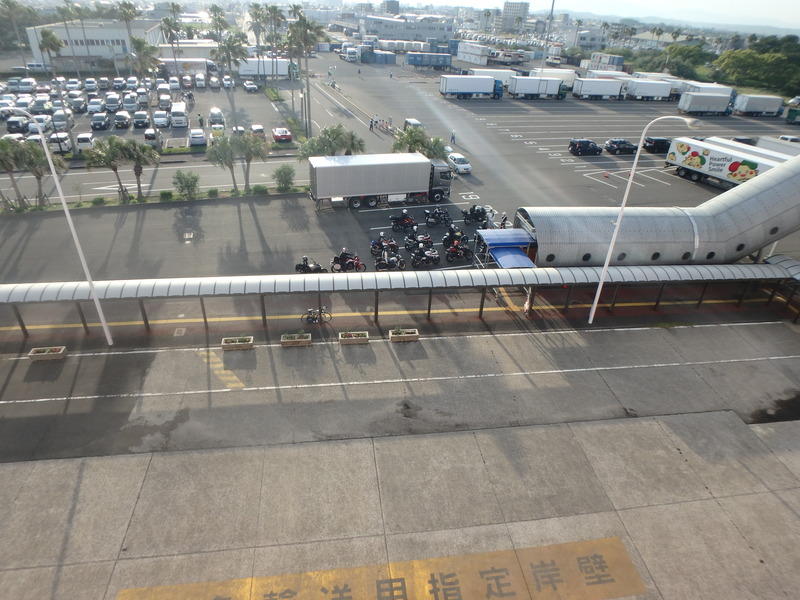 During the day and a half I met heavy rain and heavy winds, but overall it was a touring that was blessed with weather?
I ran a lot of pleasant roads, watched many good sceneries, met good people. .
After all the touring is the best.
I think that I will continue touring with the technology trained with gymkana, I wonder where to go next ~