Rain until yesterday was clear like a lie Kyushu was Katsueda Minami Satsuma City. .
Weather forecast should have good weather in the second half! !

Revenge of yesterday at 5 o'clock early in the morning. . I aim at Ibusuki Skyline.
A samurai residence of the knowledge that I had come by car before. Because the time is early this time, it was possible to enter the street of the samurai residence by motorcycle this time. 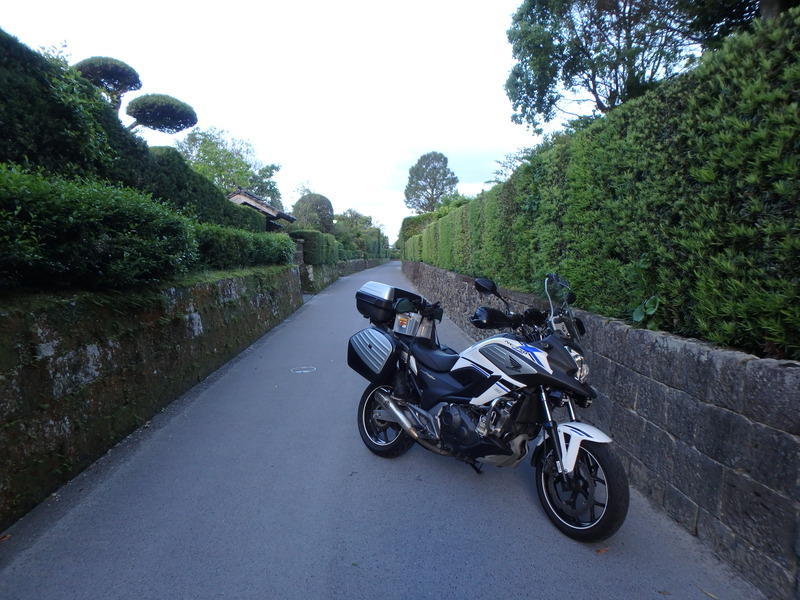 Knowledge engineering Since the Peace Hall is a place to spend time taking a day, this time it is a pass, it is too early and it is not open. .

A pleasant road will follow whatever road this area is running.
I arrived at the Ibusuki skyline very quickly. .
Now is the revenge of yesterday.
Running comfortably ~ Because you are running high in running when you start running?
The road is very dirty. . . I can not run comfortably ~ Moreover, the lower world is hazy. . . 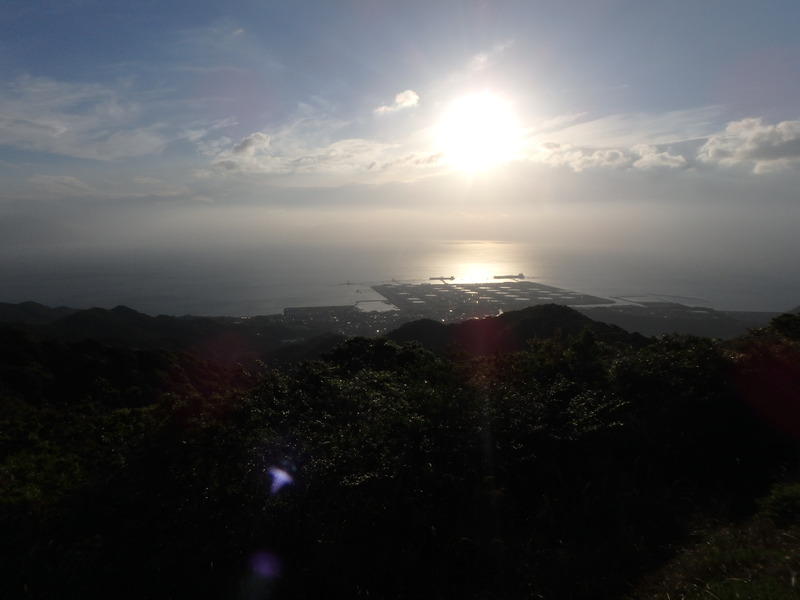 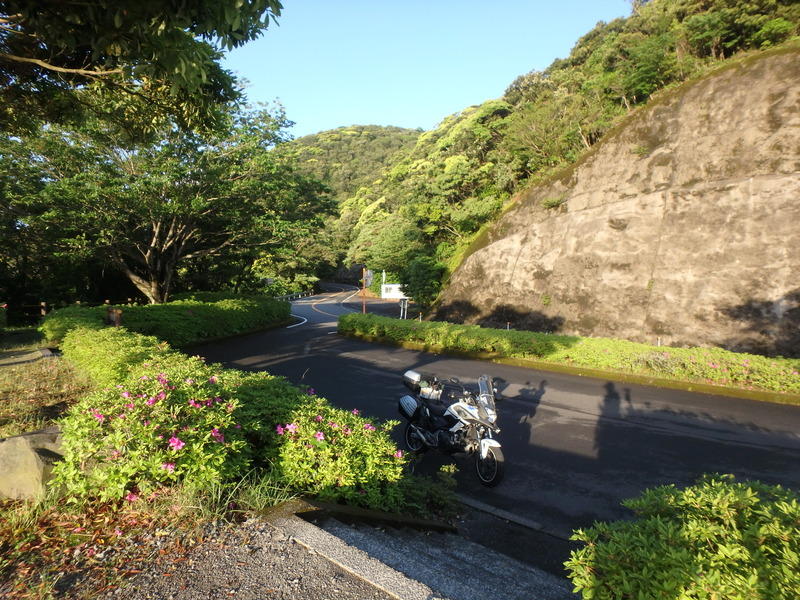 Fallen leaves on wet, dry road. . . With the changing road surface, the Michelin Road 5 of the latest touring tire can run steadily. Really the performance of the latest tires is high. . .
The Ibusuki Skyline seems to have a better view as going down south, but stop this time as the schedule is in after this
I will hurry ahead.
Go out on the west coast by the prefectural road No. 35 and follow the coast by Kitakami at Route 270 on Route 270.
Still run east towards East No. 3, Touring Maps. Recommend national road No. 328 to the north.
It was going to penetrate into the gymkhana practice society that I'm doing in a certain place. . 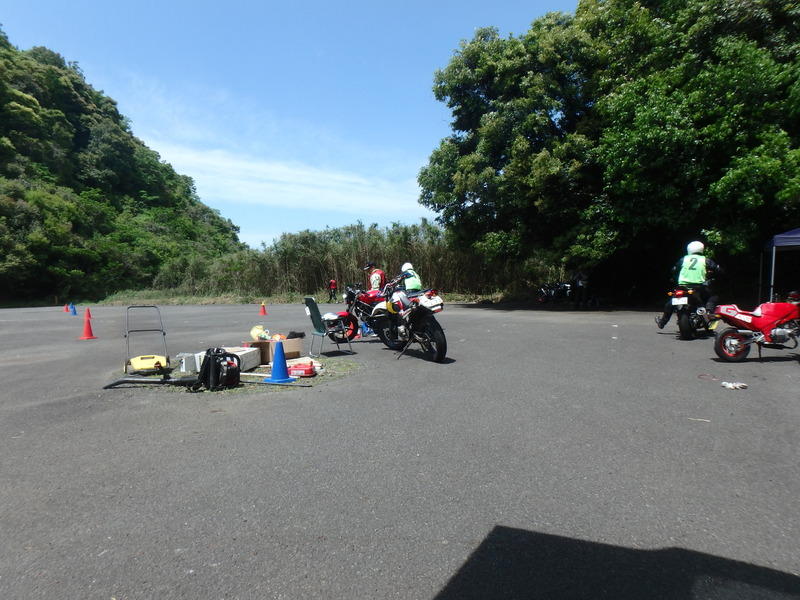 You can also see Urakagake here again. . . I tried running with a vehicle, I did it until the time attack.

Actually, I bought you asking Buraku who stayed in Kagoshima to locally procure B + COM who broke down due to heavy rain. It was able to proceed with enjoying music and conversation in the latter half of touring, assembling it all on the spot.
Thank you. .

I can run Kirishima with information from a Chinese restaurant last night. By going to say Urakake I aim for you and Kirishima.
On the way, I also dropped to Kanegawa station which is famous for Iron-chan 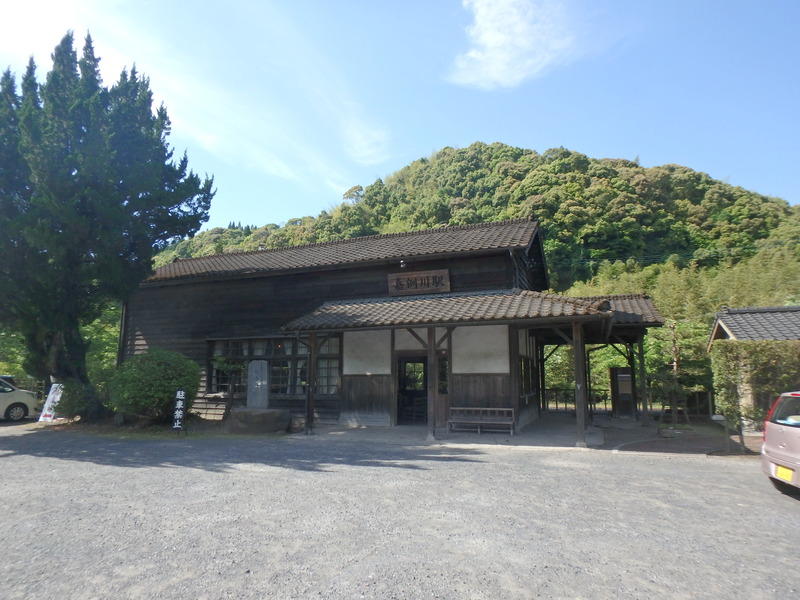 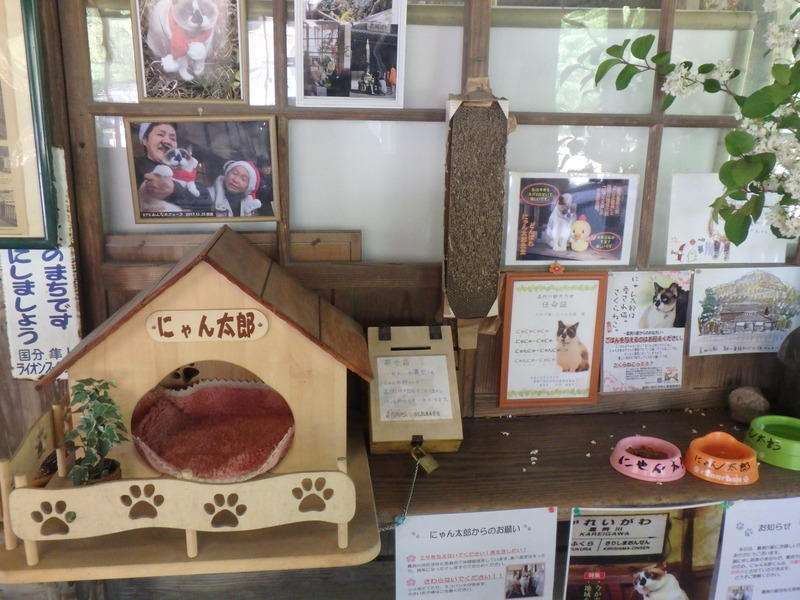 I could not fit Nyantaro station station chief.
It seems that somehow I am off for work such as reform. (Lol) 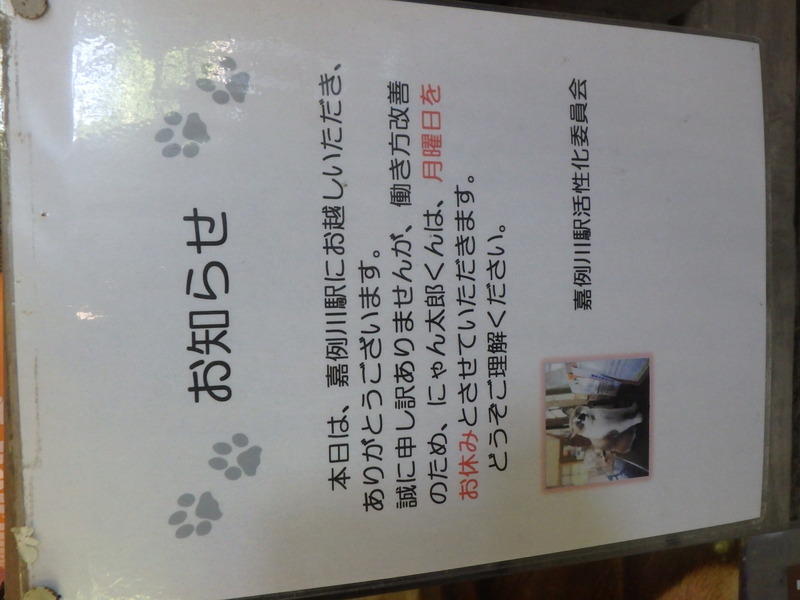 While feeling the pleasant road and the smell of the hot spring, while listening to Ukarike's hot spring information from B + COM (lol)
I arrive at Ebino Kogen in Kirishima. 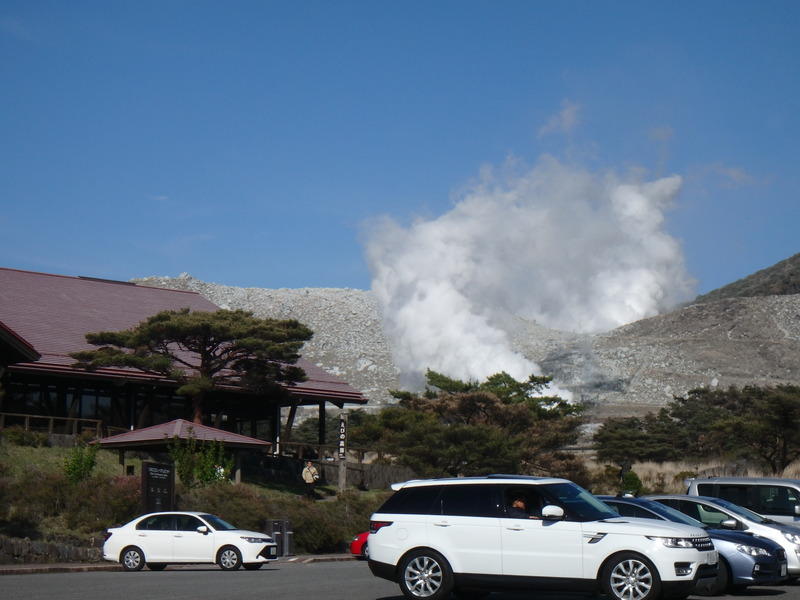 This time I was lucky to run Kirishima that I managed to manage somehow. .

Tonight's accommodation is Hitoyoshi. Actually, here in Kagoshima, Kumamoto gymkhana people open up a drinking party
I was able to have a fun time.

4th day
Aiming is Amakusa!
I am going to go with you to say that Amakusa has never been there.
Departing from 6 o'clock early in the morning, I will drive national roads 267 – 447 and aim for Nagashima.
This route that runs early in the morning is also a good road.
Arrived at the Kuranosuke Ferry Pier without eating. . 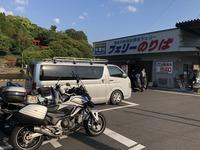 Ferries that cross the clear ocean are really pleasant (^ ^ ♪ 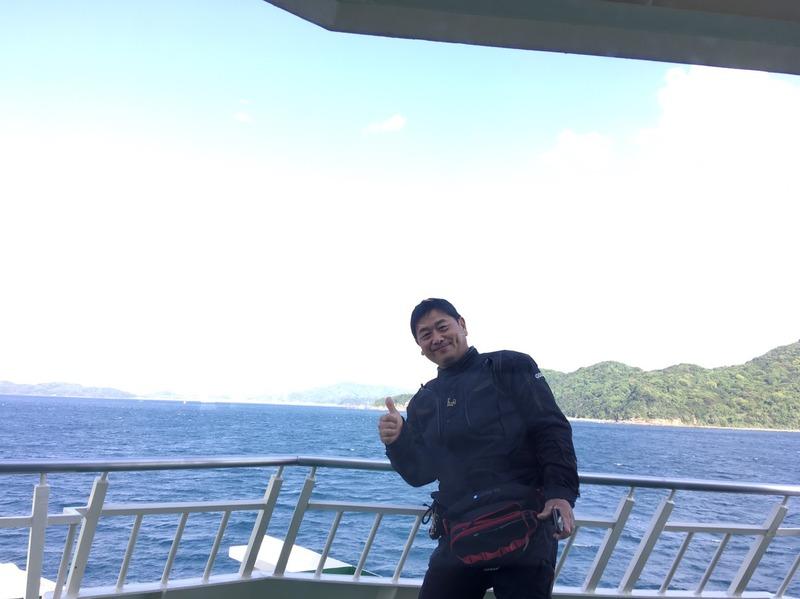 It is the first landing to Amakusa.
Here is the information of the locals and Amakusa at this time is crowded so it is better to stop the north side!
To say so, I chose the route on the southern side where tourists do not come although it is a narrow road.
From here you will run under a leadership. 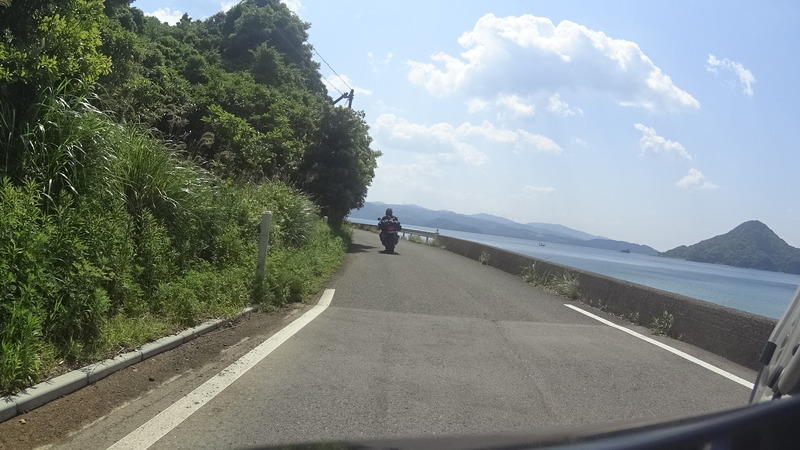 A route that is parallel to the ocean, a route that is never narrow for gymkhana riders
Blue ocean and blue sky, here is a masculine and boiling hot water. 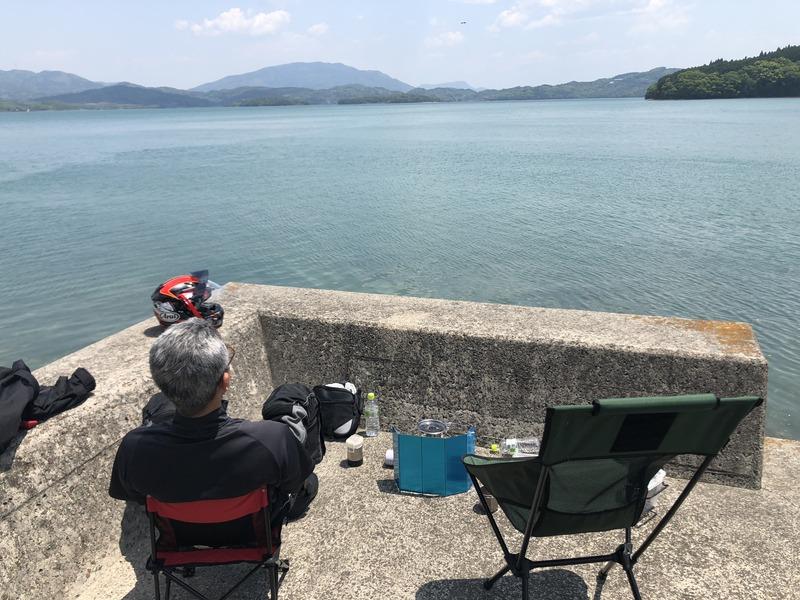 After passing through the second half of Amakusa, a little crowded, passing through National Highway 445 – 265, passing from south to South Aso and finishing today.
I have to say good-by with Ikeura.

Come on tomorrow is the last day in Kyushu.