I have now finished the production of SSB for the Honda CBR250RR “MC 51”.
Initially, as far as I saw from the pictures of the CBR250RR, I thought that I could easily do this!
That was until I saw the actual motorcycle…
When after removing the cowl and looking at the details, I found out that it was a troubling vehicle.

To tell the truth, there was 1 way I could finish the job easily : 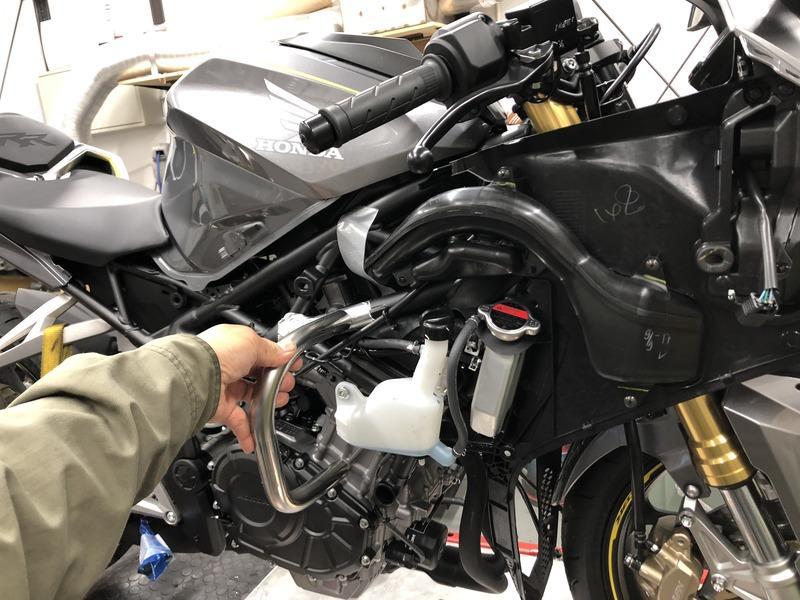 If installed in this position, it was going to be super easy to attach for anyone. But at this position, as it is at the center position of the engine, it had a possibility that it will easily fall forward in the event of falling down.
Also it looks kinda ugly here after installation. I found that out quite quick.

Then, when trying to put it in the position where it is normal to install SSBs, there is a sub tank of the radiator on the right, and a regulator on the left. This is not going to be easy….  If I made the size of the bumper bigger it would also stick out and be intrusive.

After two days of stalling, making various metal fittings and then throwing them away I was back to scratch…
After many hours of agony, the final plan just suddenly came to me…
This time it took two days for the plan to hit me, but I got the plan good this time around. : ) 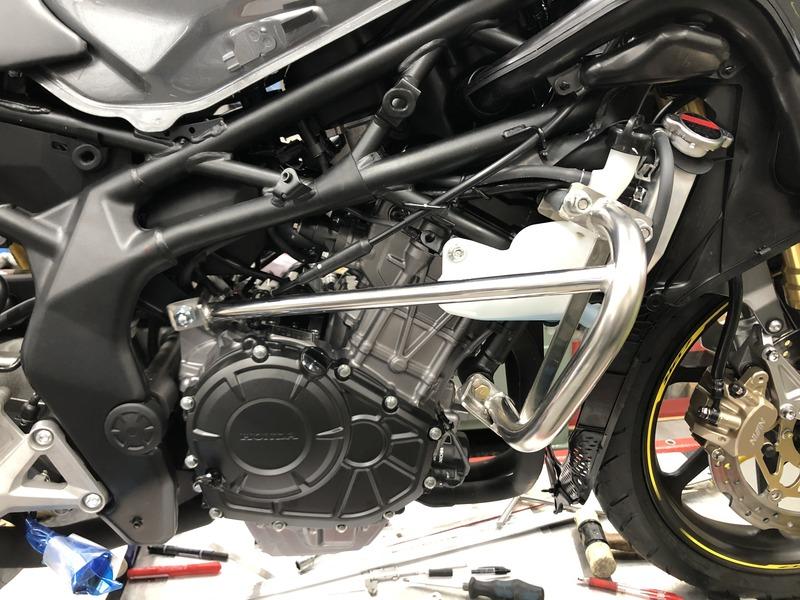 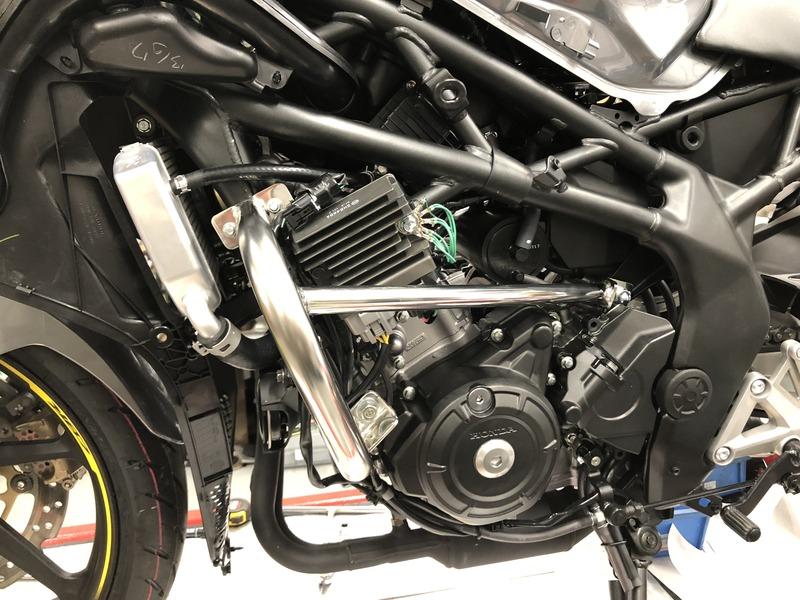 And side cowl was fitted with clearance holes and attached again like this. 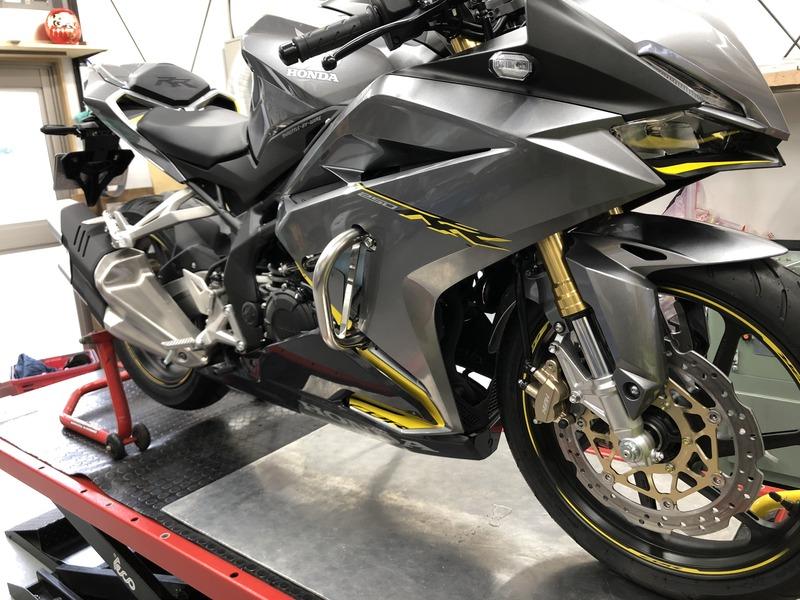 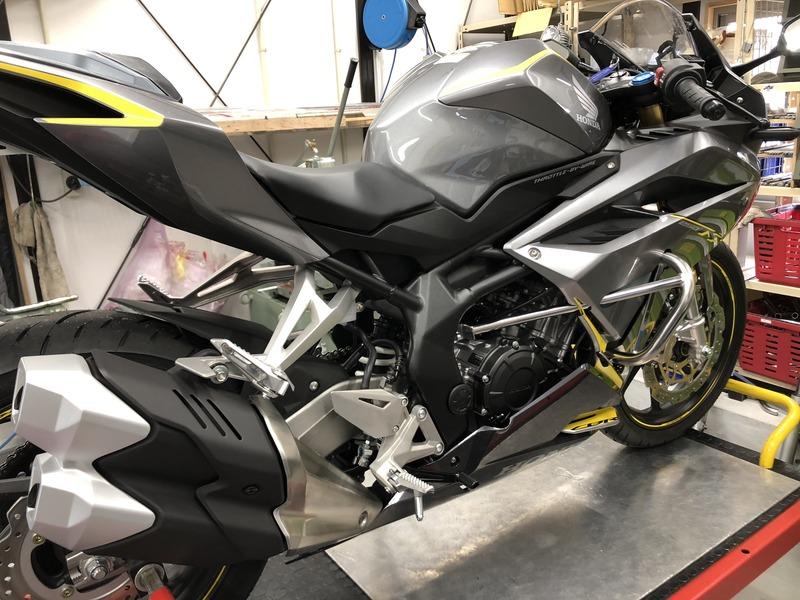 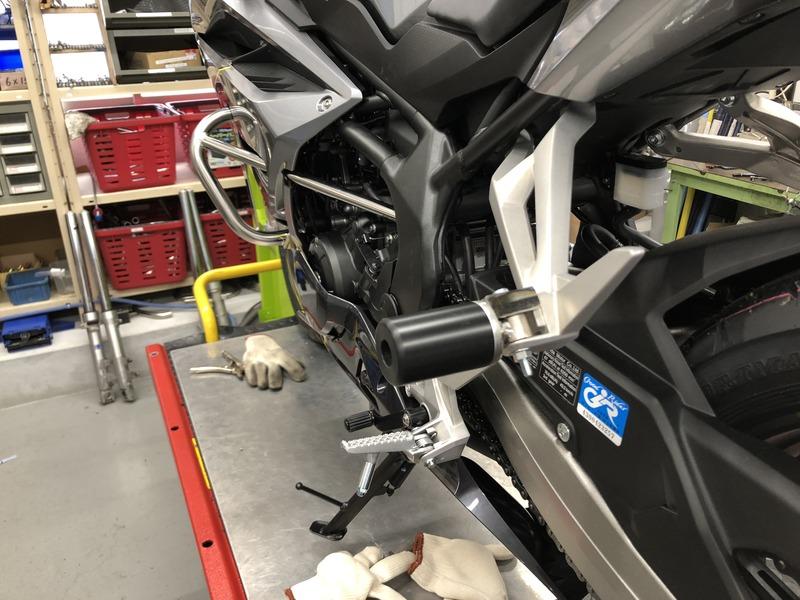 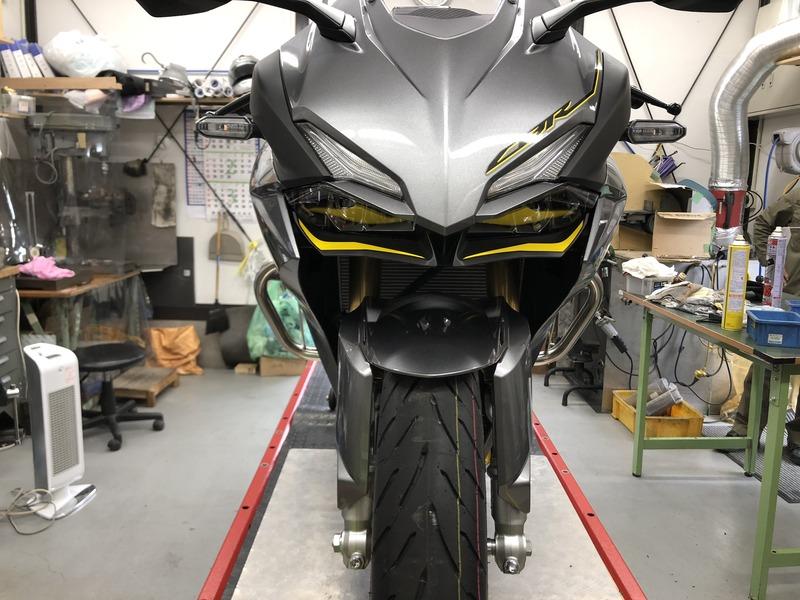 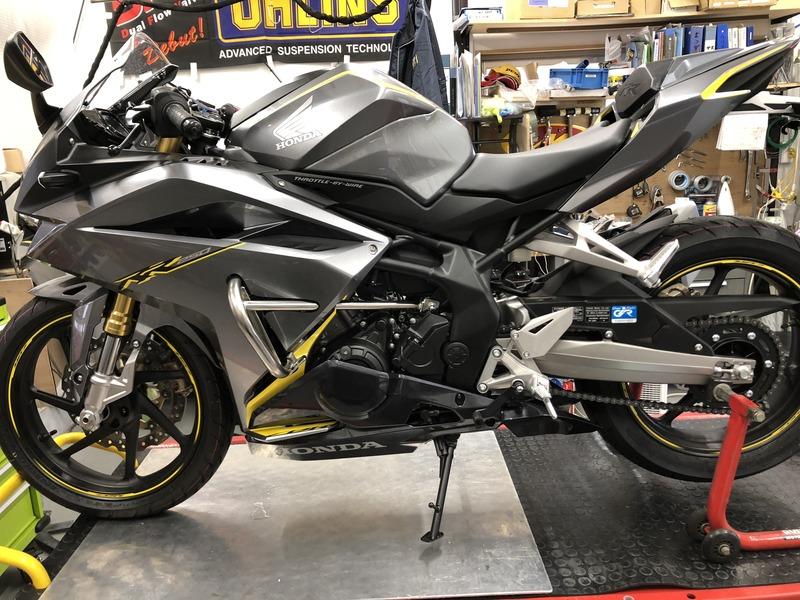 In the fall test, the rear slider we made together also did a very good job. 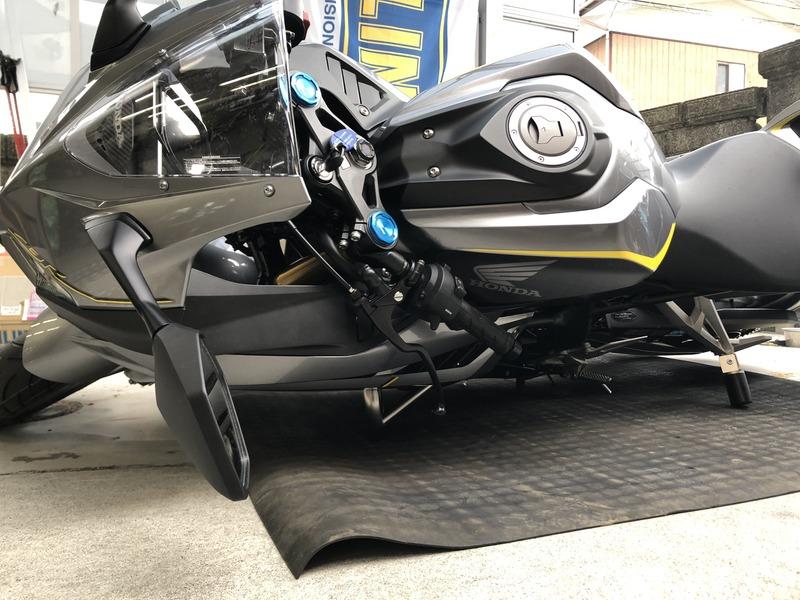 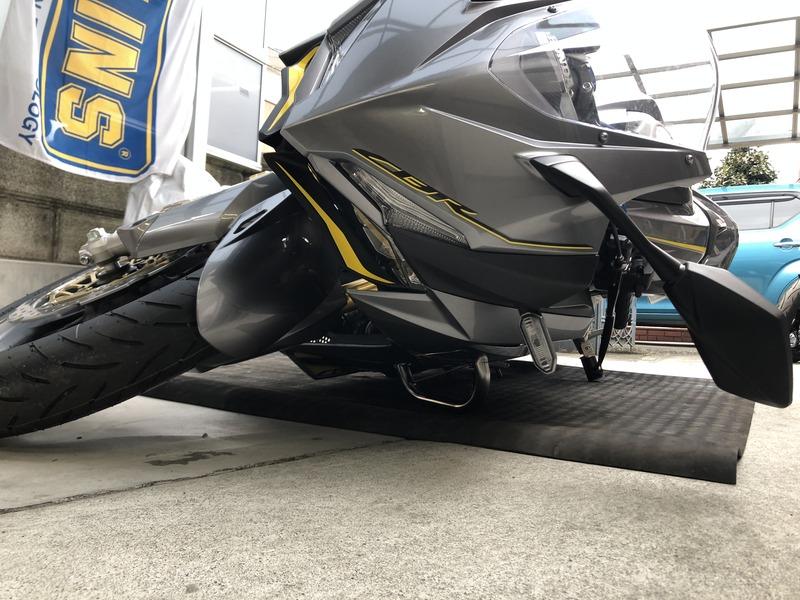 Including matching the design of the vehicle, as the manufacturer , I was quite pleased with the result.
What do you think? Please drop us a comment!