Yesterday I went to the third race of the JAGE Cup. 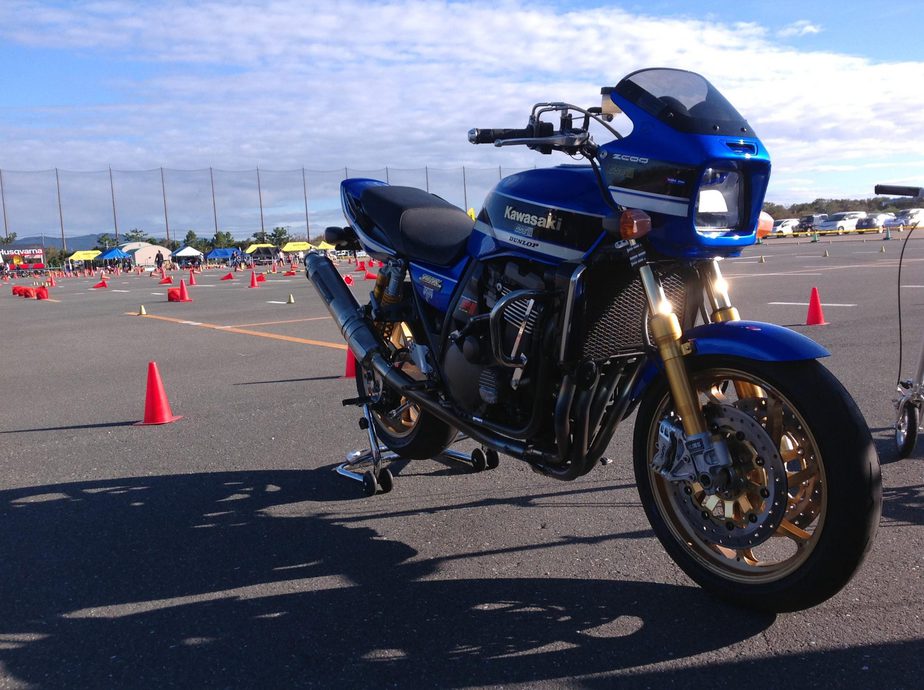 Be yourself! Happily! Want to run fascinating ~ and how far can you run with the returning ZRX 1200?
It is the beginning of the challenge.

This course.
In a course that has technical response and responds like something not quite recent.
Initially it was tough for the heavy car of the ZRX grade.

And the first heat
Do not rush, start thinking about running exactly.
I raced steadily while riding the rhythm little by little.
That time is 1 minute 44 seconds 7.

Including Pena, 3rd place in class A

I was surprised at the position of myself. .
I thought that running and running was also getting better from time to time
No way to put it in third place …

Even so, there were many places I was going together for the first heat. .

The 2nd heat is a start in mind that it will push hard.

While feeling that the accelerator is opened a little earlier and faster than the 1st heat
I will push further! At the moment I thought, I got on the tape of the box turn
Daringly sinking, I fell down

I thought that I wanted to run because I was very good until I fell back
I would like to change this continuation to the energy of the next race.

In the SB class I was able to win the first heat time as if no one was able to overcome the time.
A class prize that I did not expect even.
I was able to slide to 6th place.
It was a pleasant award for just having a goal as a class A podium ·

And what's more? Special to the winner in over 50 years old say over 50 boy
I gave a commendation.
This is also a gift that has been working hard for many years (^ _ ^.)

Well, I got a momentum, and I think that I will come and enjoy next time at the Ehime Dunlop Games.