NC 750X also ran 17,500? In a year, but in the meantime a new model was announced
Reading a test ride improved the engine! Often seeing such evaluation
It was very interesting.

The other day I had the opportunity to test a friend's new type NC 750X.
Then clearly there is powerfulness in the engine.
There was also an article saying that relief of regulation improved the muffler's omission
I also put a muffler of Tadao and there is no missing.
But obviously the new engine feels comfortable.

Therefore, I wash out engine parts.
Then, everything including the electrical system has not changed at all. . .

, It is said that it is a change in the ECU for missing the muffler
I asked for a new type ECU and checked the difference with the old model.

How, the fuel is thin and the ignition timing is earlier.

Considering that the dropout improved, the flow rate increased and the negative pressure sensor worked
I guess you are thinning the part that comes out to heavy eyes, according to it ignition timing
I made it early and raised the response!

There is no choice but to try this! In saying
I extracted the map of the new type NC and rewrote the old type map.

I was so surprised to try it on the test drive immediately! ! ! !
Between 2000 and 4000 rpm which is usually used frequently became very powerful.

Since I did not have time, I did not test the rotation range above that
It is great that the power of this rotation area increased.
And saying that we made thinner fuel is also possible to improve fuel economy.
Tohoku Touring from the weekend has been increasingly looking forward to it. 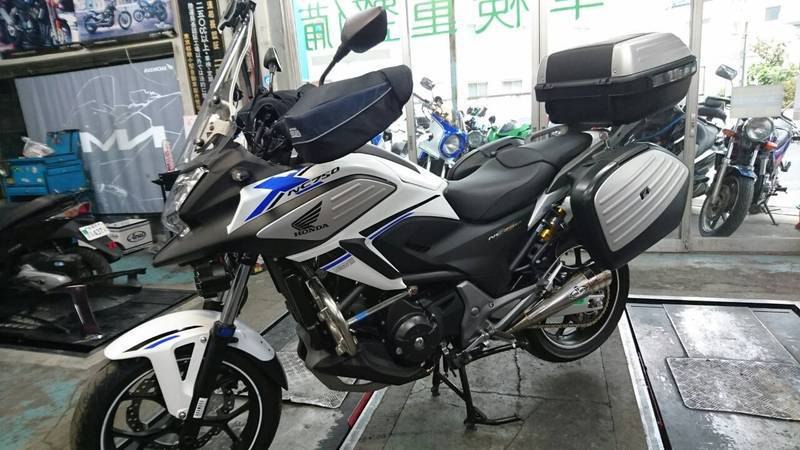 If there is a person saying that he changed the muffler on the NC 750, the rewriting of the ECU
I think that it is very good.