Shiga Prefecture has participated as a lecturer in the form of a lecturer at the two-wheeled joint training and mock competitions held at the Otsu Ring School.
The weather forecast is gradually getting better though I was giving up on Saturday and Sunday with no rain forecast. . .
I finally decided to go and after work was finished on Monday, I moved to Toyokawa.
I left Toyokawa in heavy rain early in the morning on Tuesday. The rain gradually rose, and when we arrived in Otsu, the blue sky came out,
After all I am a sunny man (lol) 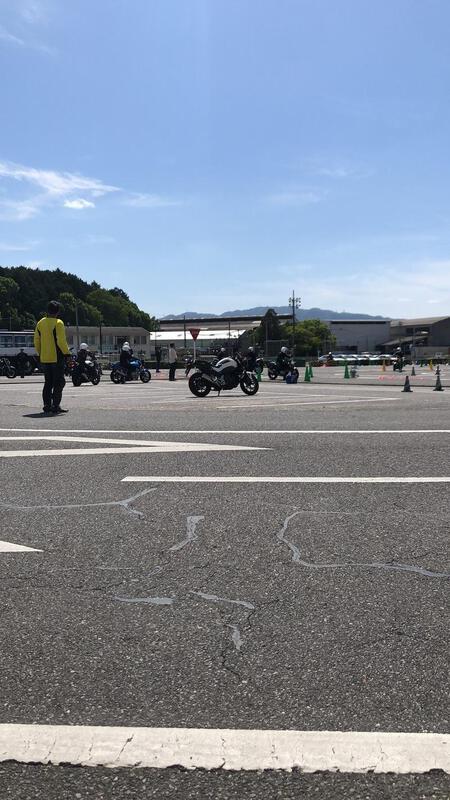 Members of this time are instructors of a study center in the Kinki district. I was rather worried that my gymkana technology would be useful, but they were serious instructors who are positive for technical improvement. 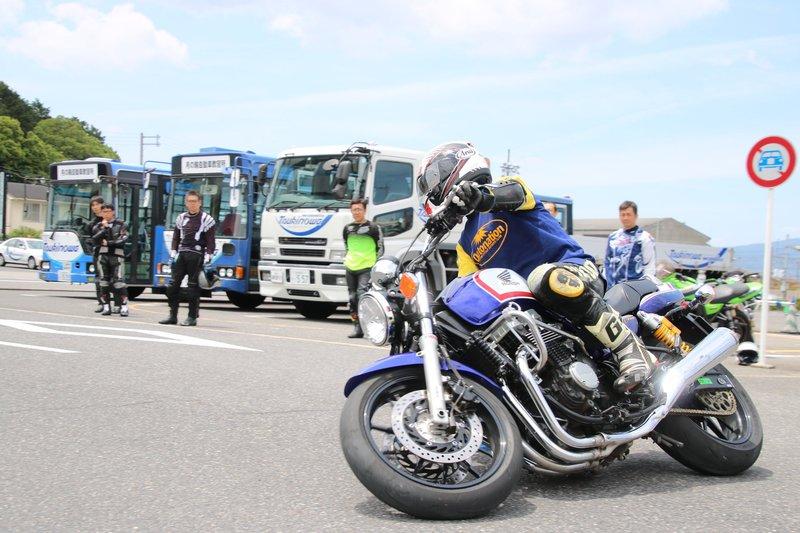 After all, CB750 looks good at such time. I did practice lessons and riding lessons while doing demonstrations.

The basic course that the staff of the monthly school of the moon practice is always attacking.
I attacked with CB750 and Ninja 400, but I felt a sense of discomfort with 70? Pylons that I do not use at all times, but I will get used to running a little.

I also attacked by borrowing CBR1000RR and VTR250.

The last photo was taken with everyone 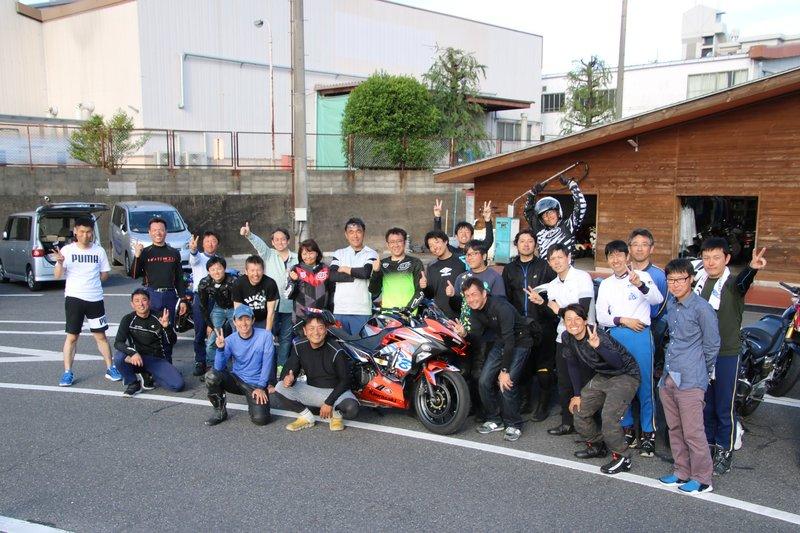 I had a hot bike talking while having dinner with everyone. .

The weather was also restored and I was able to spend a pleasant day on the bike weather.
I wish I could tell you something