Day 4 of staying in Beijing! It is time to start with the gymkhana event.
This event will be held with Beijing’s DaWang Gymkhana Motorsport Club.

It is a joint holding of the “Number One Gymkana Club” of Nanjing.

When I went to the event area, it was already getting started. 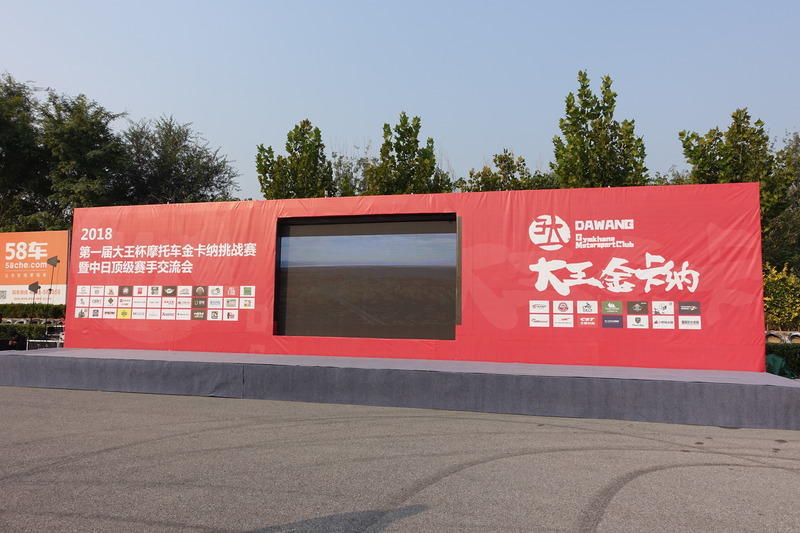 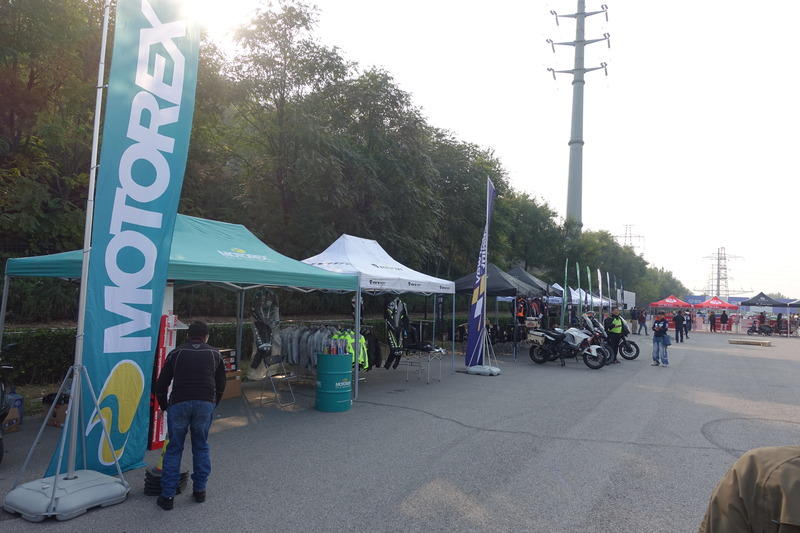 According to what I hear, they have gathered every night for more than two months and devised a project, everyone went out of their way to find a sponsor to support the event.
By saying that it is the result of efforts that sent the sleepless days, all the staff’s enthusiasm is transmitted.
Because I was invited on the behalf of Japan to come here to this place, I can not do a half ass show.
I have also tried running and running as much as I can. 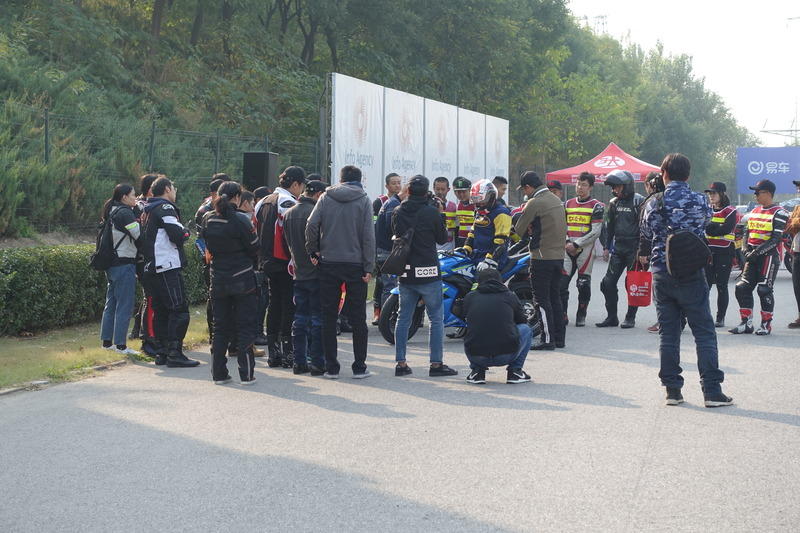 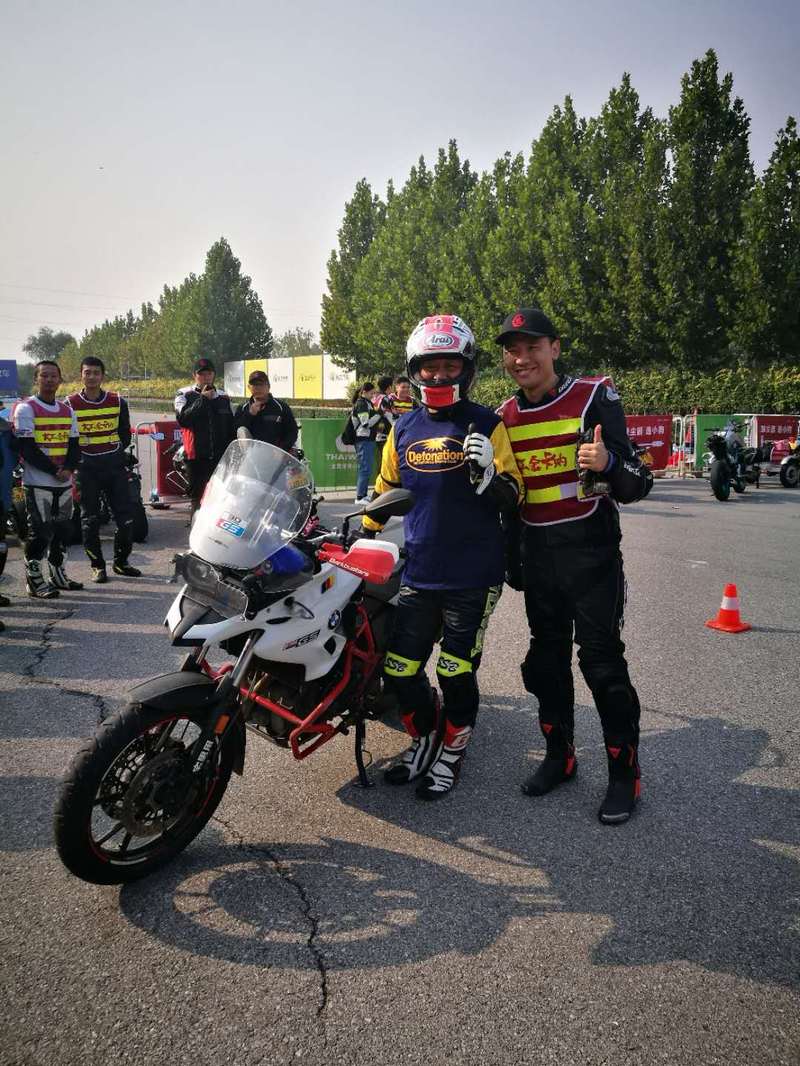 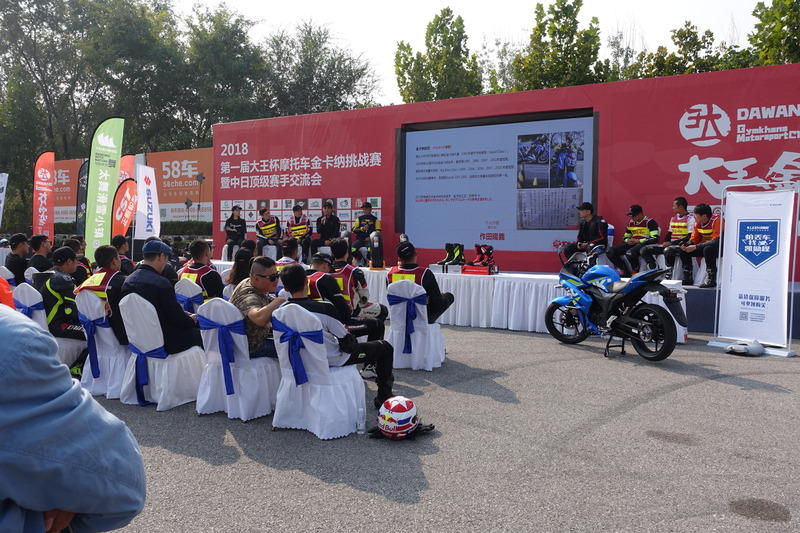 Although I am a poor speaker, I have talked to the crowd.

After lunch we play games using motorbike.
Twin courses are a competition in relay form with five people and one team.
I stopped the car by shuttling the slalom course and ran from the box to the next rider to hug and exchange
It is a game that decides winning and losing by repeating it.
Unfortunately I do not have pictures, but I say that there are surprises of the proposal using this game
I am supposed to play a part in this.
The splendid proposal also succeeded and the whole venue became full of happiness. (^ ^ ♪

It is the end of the first day playing the game until evening.

-2nd day
Today is the event of the gymkhana.
However this time it was not only a form of time attack because it was an event including publicity.
Make a time attack in the morning and decide the frame order of the twin course from the result
It was the form of winning and losing decision by twin courses in the afternoon.

Attack in the morning is the departure with the VTR 250 borrowed. 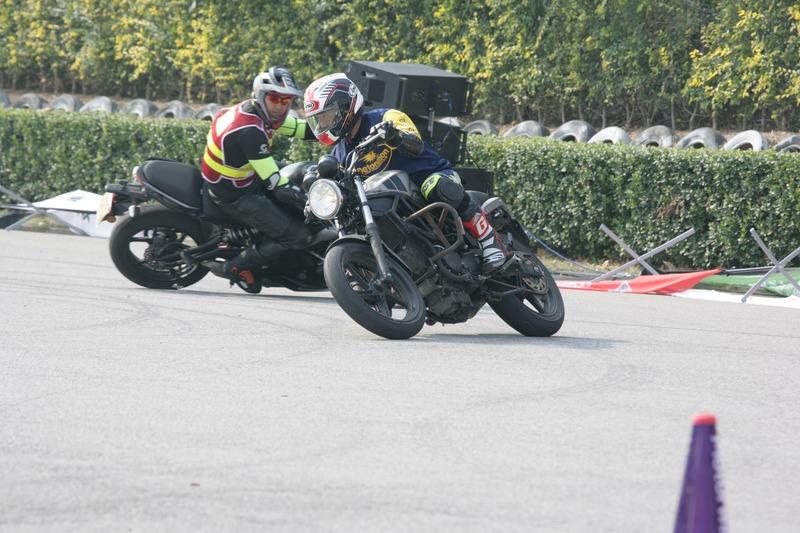 I was watching for a while because of saying the last attack, but it was the top person saying 1 to 5 to 7 seconds.

Although I was a borrowed VTR it was a bit frustrating that I managed to cut it for 1 minute 00 seconds 35 and for 1 minute
Have you all been very pleased and could you fulfill your role? I think.

In the afternoon it was a tournament in a twin course, but a fiery battle took hold.
I was thinking only to see, but at the end I ended up running with the winner Nanjing people (^ ^;
Although it was supposed to run with the same Ninja 650, suddenly it is painful to ride suddenly ~
The other party is wearing Diablo ,,, This is an ordinary tire made in China. . .
I thought that it was awful ~ I really lost (^ ^;

After that I ran with Gixxer 150, but this time I won against the competitor by a close margin.

In the end there was the awards ceremony. 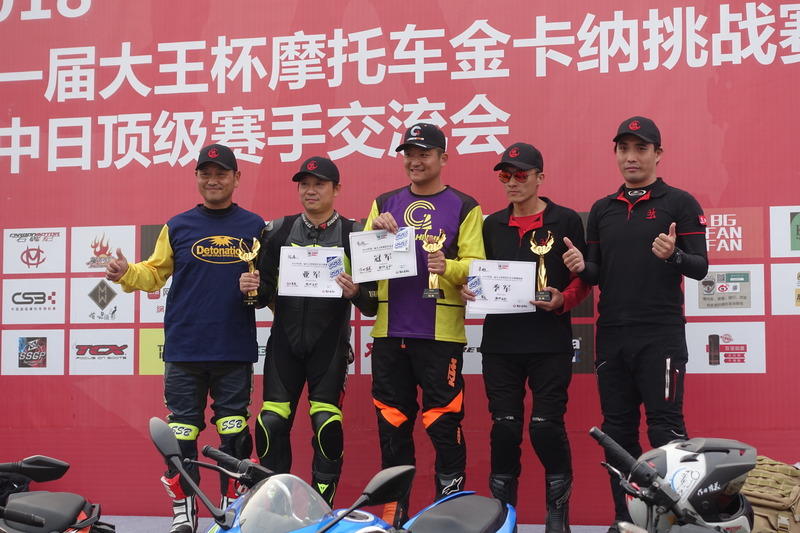 I worked as a presenter.

And at the end we all took a ceremonial photo. 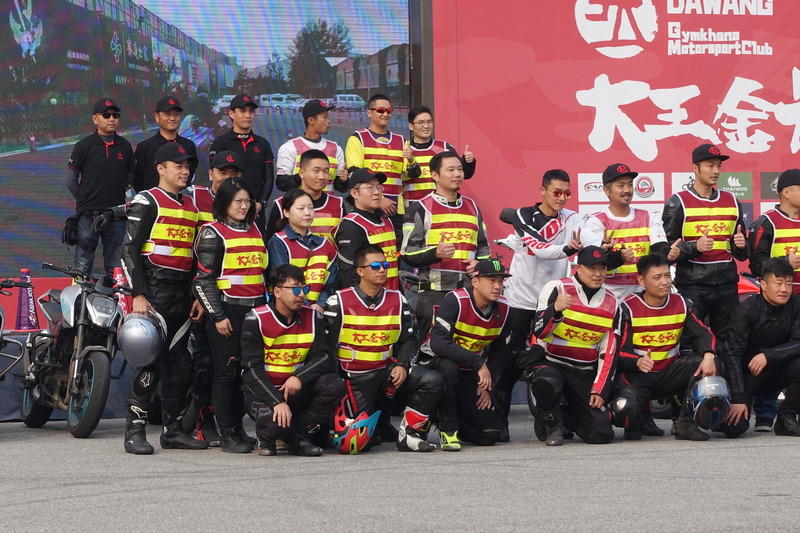 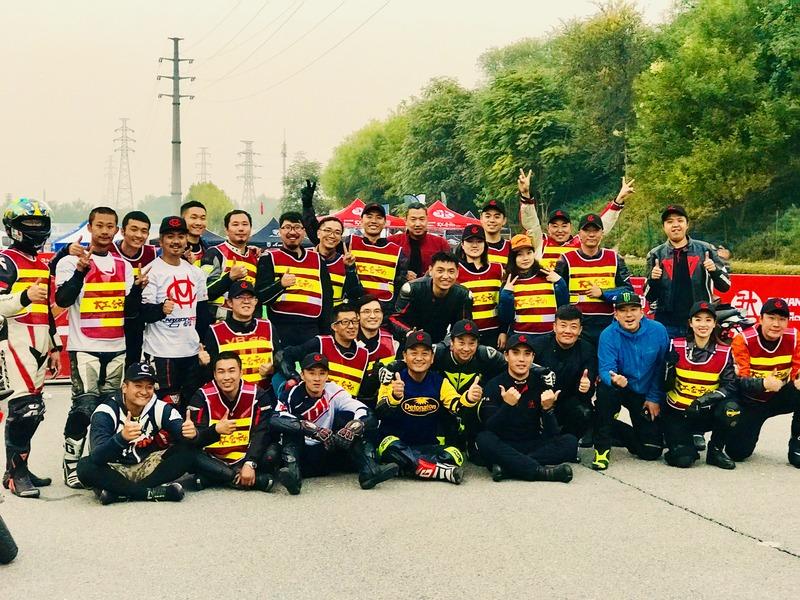 It seems that the audience came over 500 people, and he seemed to have had a lot of reactions immediately after the end
I heard that there were inquiries from various places.
And there were inquiries from overseas · · ·
In honor of the staff of the Great King Gymkhana who repeated steady efforts and succeeded successfully
The “DaWang Gymkhana Club”, the “Number One Gymkana club” of Nanjing will tow and will develop greatly
I was able to have confidence.
I am glad that I am glad if I was of little help to that first step.

Last day
It is time to say good-bye to everyone who took care of us.
Commemorative photo with Jauchien’s wife who came to pick me up every day. 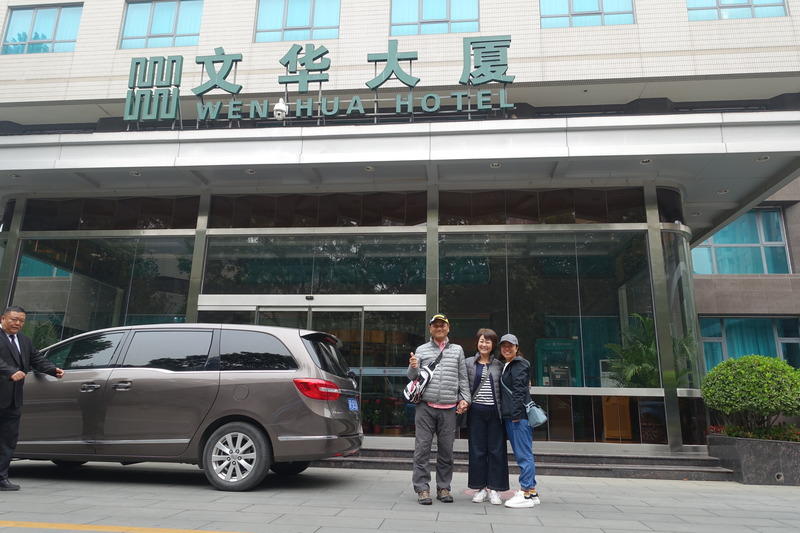 Lastly we had dinner with the representative Jeanneu couples and sent them to the airport
I took a memorial photo just before my parting.
Looking at the mothers who do not ride a motorcycle are helping hard
Both I and my wife are wonderful! If I say
“Looking at the way the husband is working hard all the hardest so far, I will not let you watch me quietly!”
When such a word came back I could not help thinking hot things came up. 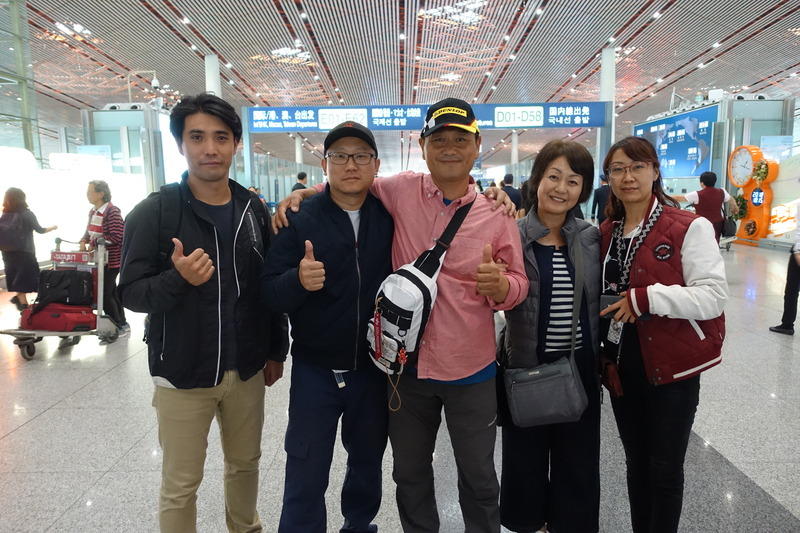 I’m sure that this is the first step in long term relationship and I left China.

What I felt was that bike rides are universal in the world. It is easy to overcome the walls of the country and language. .