One of the purposes of this time was to enjoy the Sanriku Coast for the first time, and to go to the site of the Great East Japan Earthquake and tsunami and feel it with the skin.

I wake up Kuji at 4 o’clock and start running at 4:30.
The first destination is Kitayamazaki, a scenic spot. ..
Early in the morning and on weekdays, Kitayamazaki was really quiet with nobody.
I stopped at the parking lot and walked tech-tech to the first observatory, but the sound of the waves echoed even if it was far away.
An observatory with nobody. .. I’m lonely but monopolistic. .. 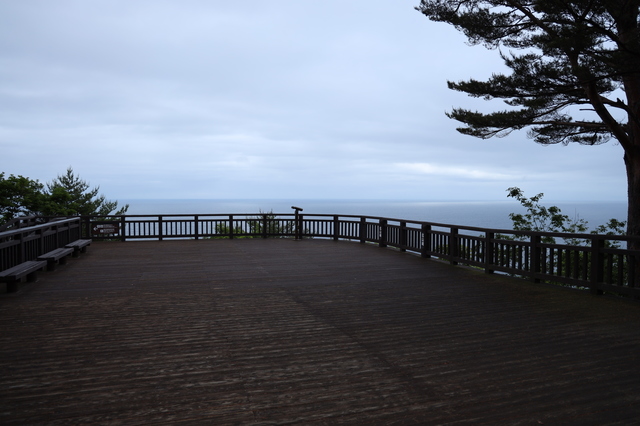 The view from here is that you can see the Sanriku coast realistically. 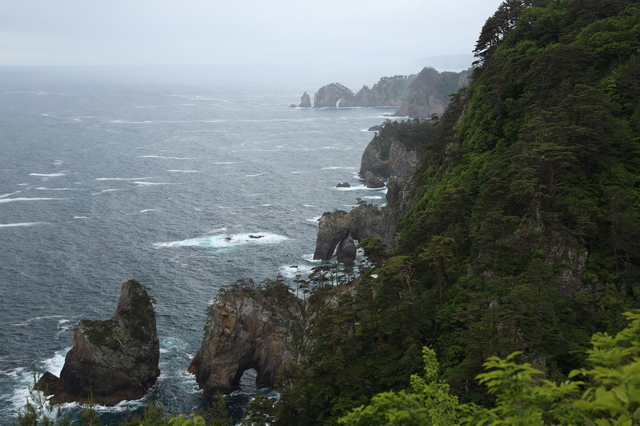 It’s not sunny, but I liked this rough feeling because it was like Tohoku.

A free motorway called the Sanriku Coastal Road runs along the Sanriku Coast, but this time I wanted to feel Sanriku as much as possible, so I will use National Highway No. 45 to go south.
When I found a side road, I could see the rough sea again. 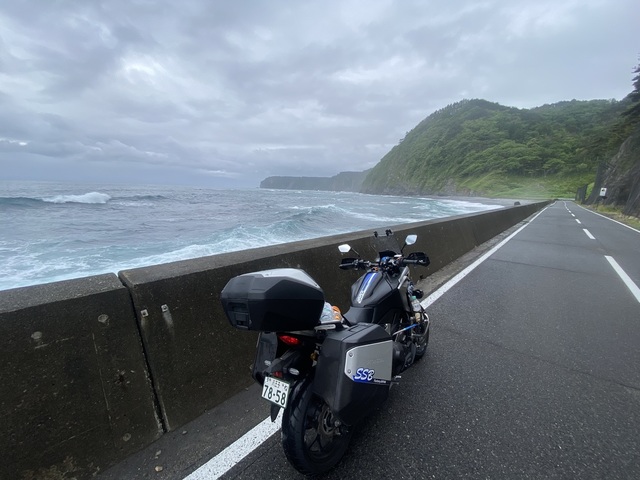 The waves are coming over the breakwater, which also feels good. ..

When I came to Miyako, I saw a mighty breakwater. 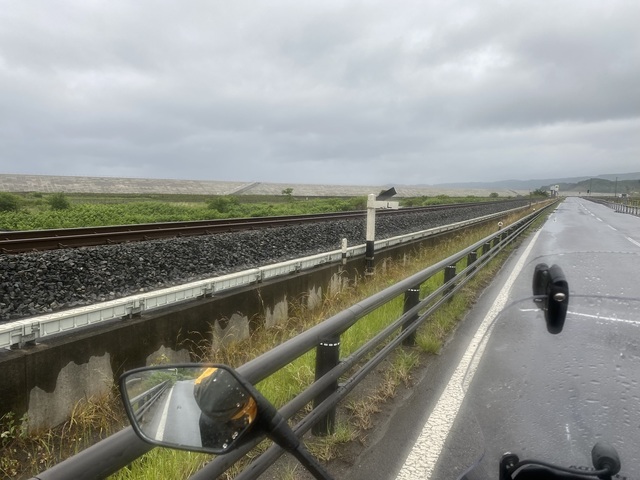 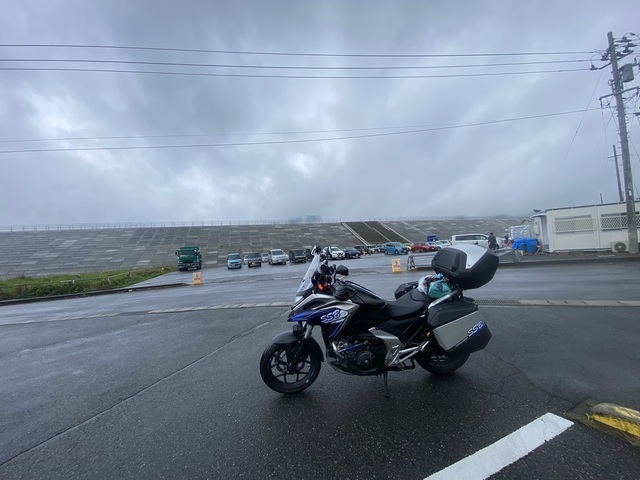 After this, I ran while looking at the breakwater. .. A town by the sea where you can’t see the sea.
I felt a little uncomfortable. It must have been a disaster. ..
I’ve only seen it in the video, but the horror has been conveyed.
When I came to this area, it was crowded with commuting cars, but I ran endlessly down the road without losing. .. DCT at such times is encouraging. ..

Then I went to the Great East Japan Earthquake Tsunami Tradition Hall. 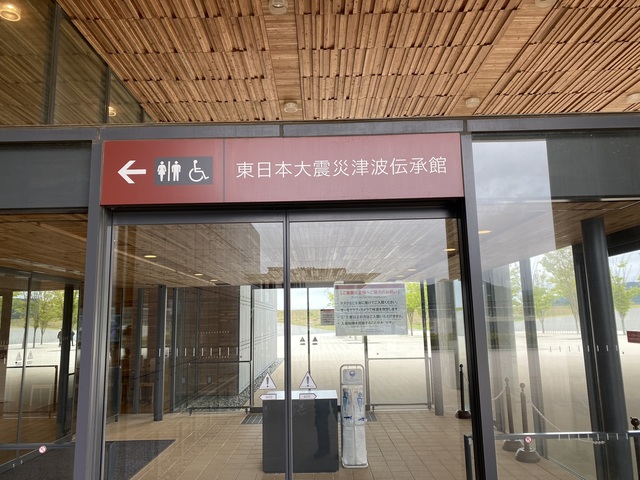 It was about an hour, but I was able to spend as much time as possible to see it.
I realized that it was a serious disaster. .. But it’s been 11 years since then. .. Time goes by in a blink of an eye. Will I be alive 11 years from now? Did you have a fulfilling life when you turned 71?
Did you live a life without regrets? I decided to do my best to live so that I could get a passing score.
For those who have passed away earlier, this is the only action I can take alive. .. I `ll stick it. ..

When I left the lore hall, it started to rain in earnest on the heavy rain flood warning that had been issued in the Tohoku region. .. (； ∀ ；)
It seems better to get hungry and aim for the inn tonight at once.

We stopped at Kesennuma Road Station and had Kesennuma curry. 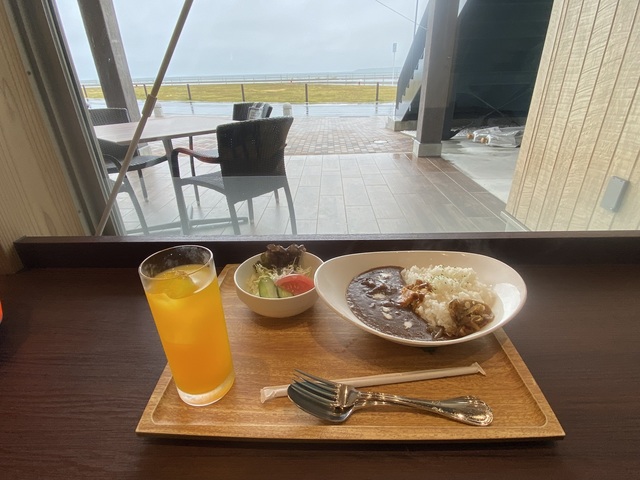 What are you doing with Kesennuma Curry? When I was curious and investigated, it seems that it contains swordfish. .. ..
It was a delicious curry, but in my opinion, do you prefer pork or beef? (smile)

After passing Onagawa, the wind and rain became stronger and it was like a typhoon. ..
Tonight’s inn is called Sakai at the tip of the Oshika Peninsula, but the cobalt line that goes there is clean with flowing water and fallen leaves. .. I want to get there early, but I can’t overdo it.
In a different sense, this is also the total mobilization of technology. .. Set up a machine where it is likely to slip, and accelerate firmly where it can be accelerated.

When I managed to arrive, it was still 2:30. .. .. (^^;
The front desk wasn’t open either, but he immediately took me to the room, even though it was difficult.
Bring me the newspaper and let the wet clothes dry, thank you for your kindness. 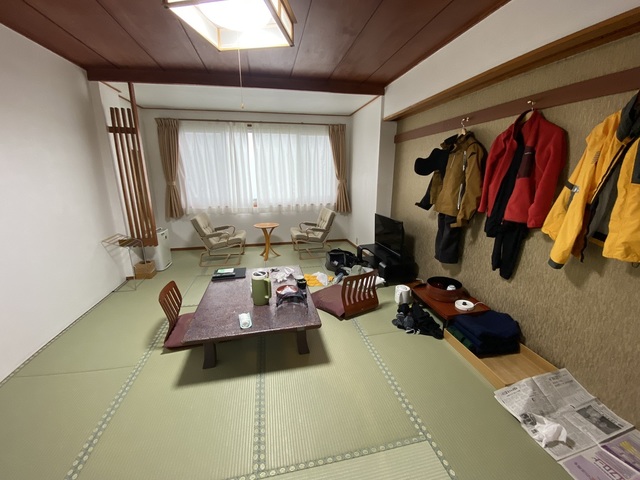 The helmet was thoroughly dried with an air purifier ~ 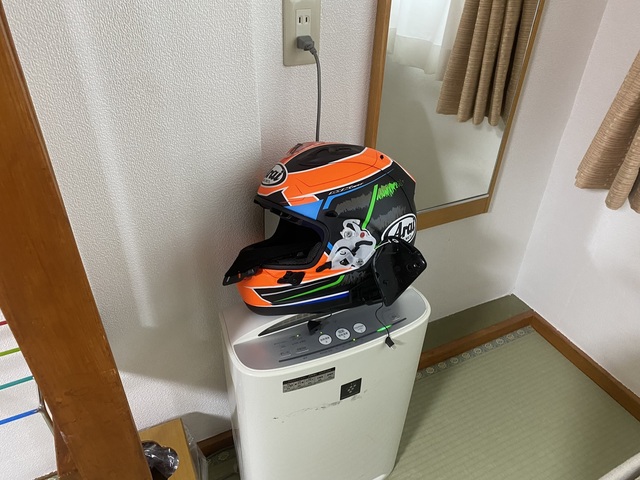 If you tell him that he will return early, he will make rice balls instead of breakfast and he will leave them at the front desk by 6 o’clock. .. happy. ..

When I woke up in the morning, I saw the view and the sound of the wind. This is dangerous ~~
Prepare well and start with rice balls.
When I headed for the cobalt line, the road was closed. .. ..
I was detoured by a road along the coastline.
From there, I crossed Ishinomaki and entered the Sanriku Coastal Road. From there, I’ll be back at high speed ~~
I thought, but the Tohoku Expressway was partially closed. .. Really? ~~~ 😢
If this happens, I have no choice but to rely on Google Sensei. .. Is that Google teacher really going here? ?? ?? It’s a very rare pass. .. this. ..
Please forgive me for this pass in the rain ~~ Running while crying (laughs)
But when I noticed, the Kunimi IC arrived. .. This is Google Sensei. .. ..
From there, I will run at high speed.
When I get home, I will deliver a new partner. .. .. “Is that the reason why you are in a hurry …”
So I was able to come back to Ome with one rice ball and two restroom breaks on my way home.

It was a touring that was heavily rained, but in many ways it was a fulfilling four days. ..
Total mileage 2100km It was 4 days that I wore a kappa all the time. ..

Where should we go next time?