I watched the video of the JAGE Cup the other day, and everyone is fast. It’s just awesome …. in all the wrong ways.

But, I was worried again. It’s a soliloquy of a gerontocracy rider on the verge of retirement, so it doesn’t matter what you think, but I think it would be nice if you could refer to this feeling as well.

Race “Competition” is to fight in the same condition as possible under strict control. ..
It is often said that I have a strong connection with people involved in the race, but Gymkhana is too loose. .. .. It’s not a race. Is said.

In the gymkhana competition where many car models and many participants participate, it is not possible to judge the pass or fail of the machine regulation only by the car inspection on the day. It is impossible to use many staff because the participation fee is too low. .. ..
Because of such a situation, it is OK if the minimum safety can be maintained with loose regulation. After the vehicle inspection, it is left to the morals of the participants. .. I think that’s the situation.

But from what time?

I’ll do it because he’s doing it, I’ll do anything if it gets faster. ..
A world with no morals, it looks like Gymkhana now.

It’s a result of everyone’s hard work for speed, and I admit that they are making efforts. ..
But something is different. .. Am I the only one who thinks so?

In what direction will Gymkhana be heading in the future? I don’t know, but if you don’t look at it from the outside and be aware of what is being evaluated, isn’t there a future for Gymkhana?
I think so.

I’m 60 years old now, so let’s take a step back from the game and think about enjoying Gymkhana as a lifelong sport and continuing to run cool. ..
After all, isn’t it okay for me to treat the big bike like a limb, which is also the origin of Gymkhana, and seek the longing to run through the course?
I think so. .. It seems that the day to run on the ZRX1200R is near. 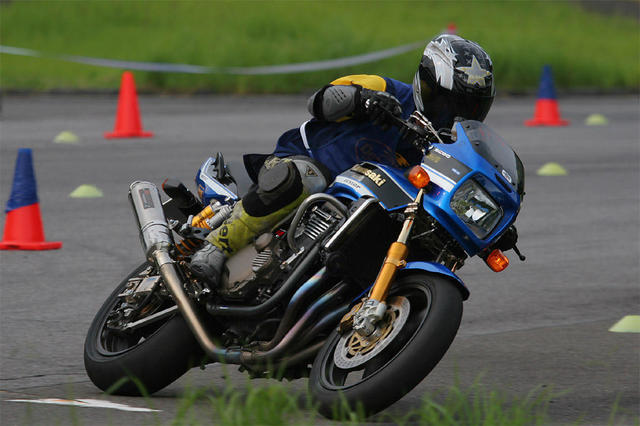 One thought on “That’s just …awesome …”