It was 5:00 AM when I left Tottori’s inn, and it was still pitch black outside.
That should be that, because the sunrise time is around 6 o’clock, there is still an hour before sunrise. ..
The goal is the Tottori Sand Dunes, which runs through the empty city of Tottori. ..
The Tottori Sand Dunes, which arrived in about 20 minutes, are still surrounded by darkness. ..
There should be sand dunes in front of you! !! !! !!
But I can’t see anything at all. .. Only the cars staying in the car and the starry sky can be seen. ..
Immediately give up and head west.

My touring is to run on mountain passes all over the country! So if there is a Kunekune road, I will go.
I had confirmed that there were many old roads along the Tajima fishing fire line heading east, so I rushed along the fishing fire line without going through the national highway. Country road fishing fire line. .. The flow of entering a side road from there.

I entered the road along the sea that connects Yobe from a place called Shinonsen Town.
Is it okay here? ?? ?? Is this the way to go? I entered a narrow and mossy road that fueled such anxiety.
Deciduous leaves, gravel, and moss. .. ..
This is about for me who is running on the rough roads of the whole country! !! No problem at all! !! I run like that.
After running for a while, it was still wild time, so I found several female deer and fawns. .. It’s good ~~~ When I run while thinking, there is a stag with big horns in front of me. .. ..
This is dangerous. .. .. (^^; After glaring at each other for a while, the stag gave way, so I started running.
Then, every time I turn a curve, I get a stag, and then another stag. ..
Already, I encountered countless stags. .. (smile)
This time, the morning sun will illuminate from below. .. I can’t see anything anymore. .. 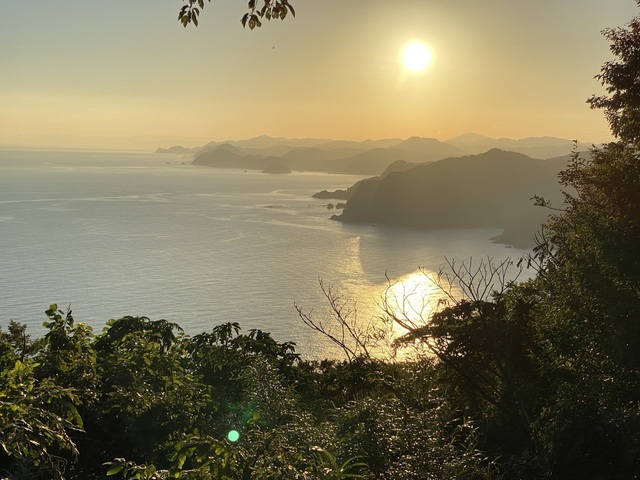 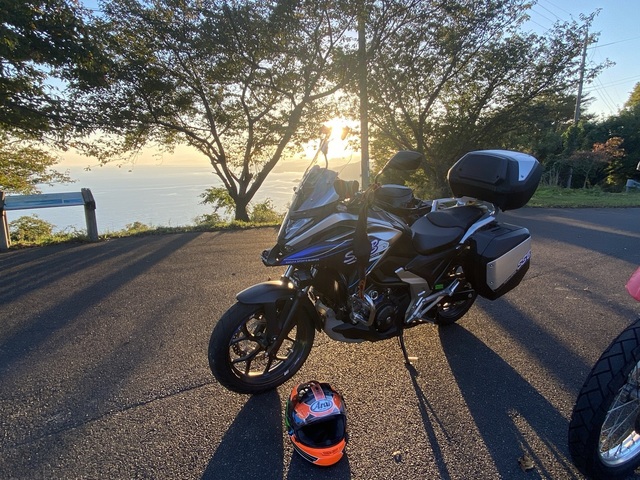 It was the most thrilling pass ever for me.

After passing through the pass, you will see the Amarube Viaduct in front of you. .. 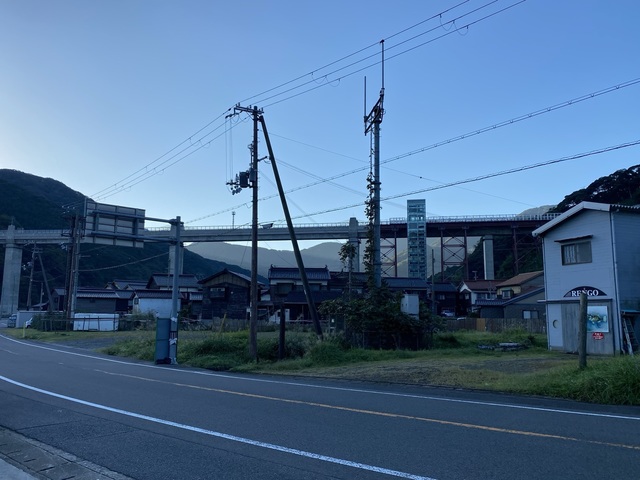 The Tajima fishing fire line will pass through Kumihama Bay and go around Tango Peninsula, of course I will also run on that route.
The sea is very beautiful on this route ~
This is Kabutoyama Observatory 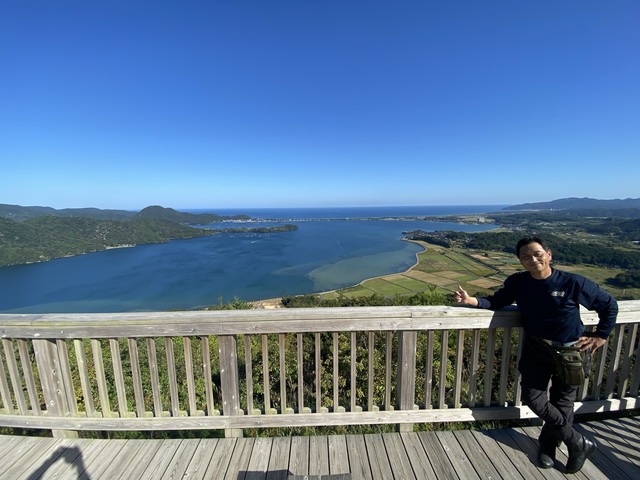 And when I entered Tango Peninsula, a beautiful sea that was different from the sea of Okinawa spread out. 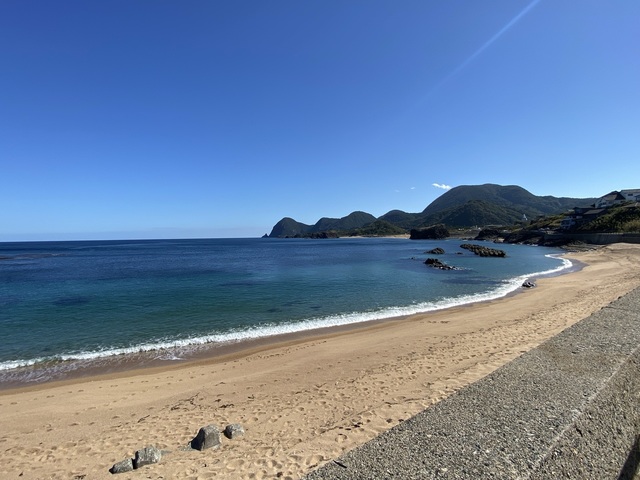 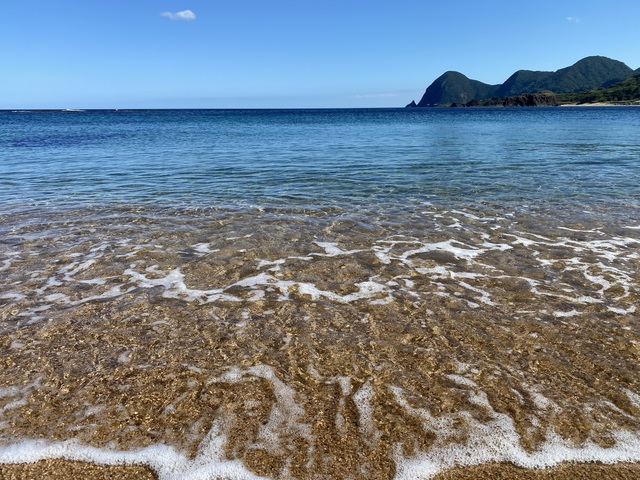 After going around Tango Peninsula, you will arrive at Amanohashidate. .. But it’s very crowded. .. ..
what will you do? ?? what will you do? ?? ?? I don’t like crowds, so this time I passed. .. .. (smile)
Even though I’ve come to such a person, why don’t you see the dunes and Amanohashidate?
Say goodbye to Okajimu here. ..
I will aim for the Mikata Goko Rainbow Line, which I have been to in the past.
Run up to the top of the sunny day. It feels good ~~~
But the top is a traffic jam. .. Would you like to go back? I thought, but since Akipon came the day before, I had to take a picture alone. ..
That’s why I got on the lift and got to the top. 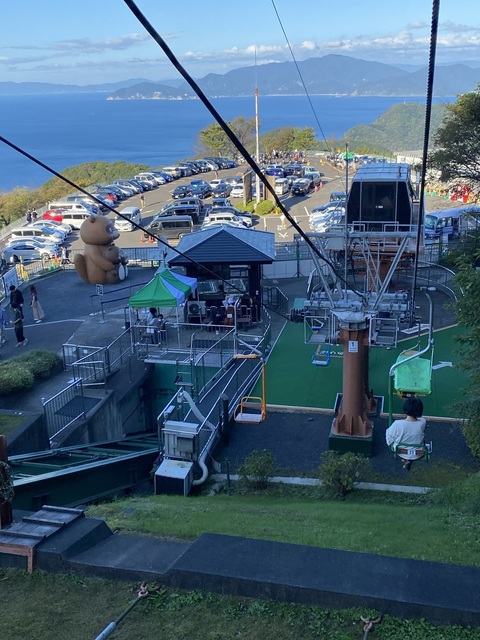 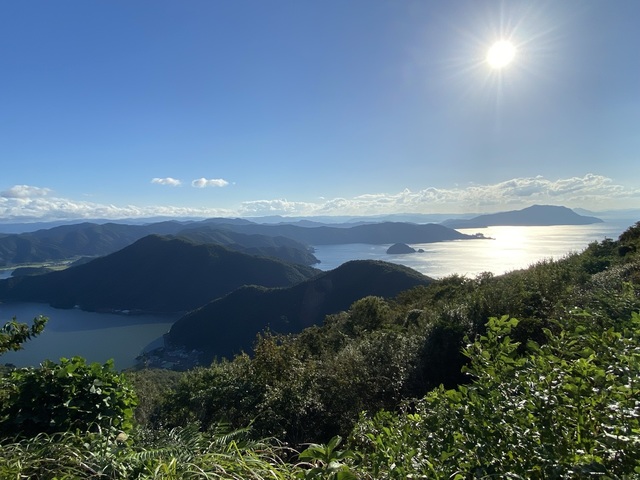 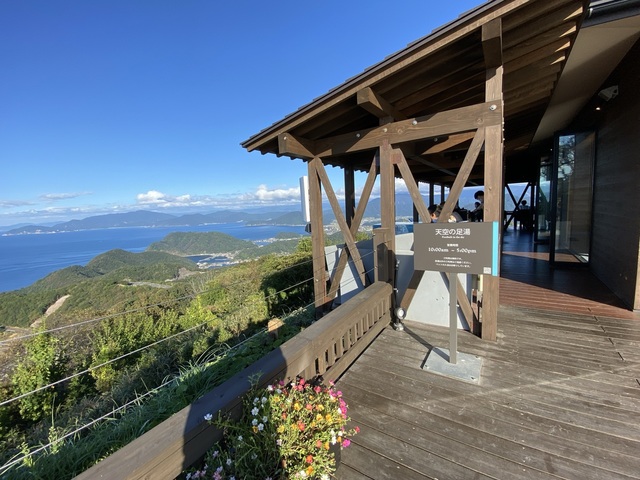 It was completely different from when I came here, and I was able to call it a cafe in the sky or a foot bath in the sky.

The monument of Hiroshi Itsuki’s hometown is still alive ~~ 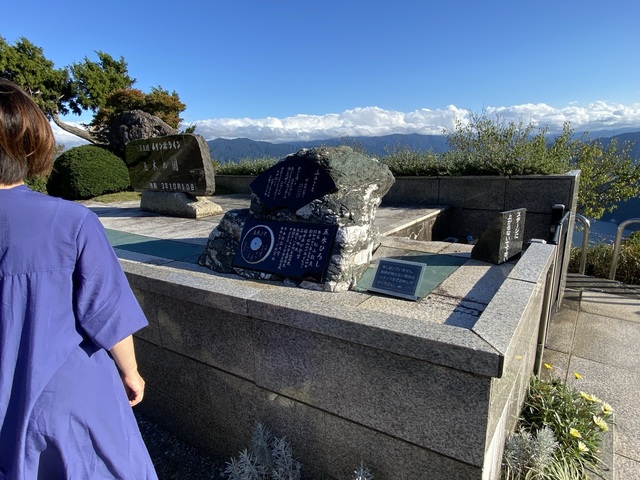 I listened to one song and left the rainbow line.

On the final day, I will aim for the Ichijodani historic site that I was doing in Bura Tamori.
Pashari in Ichijodani where no one is 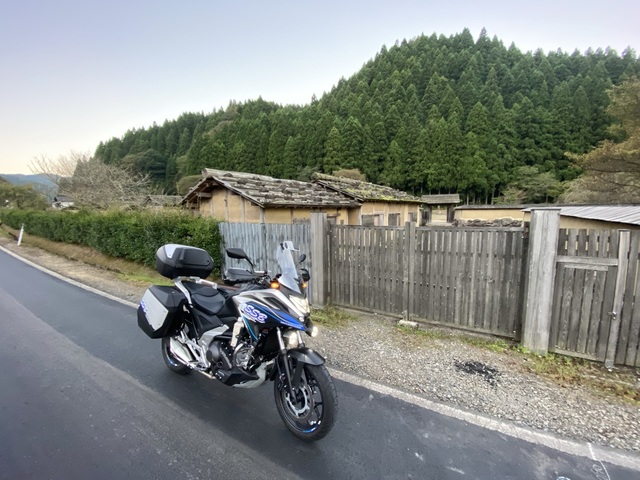 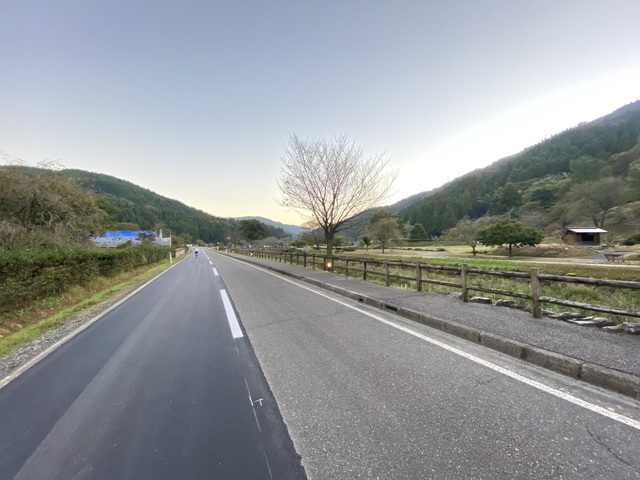 From Echizen Ono, take National Highway 158 through Lake Kuzuryu and aim for Takayama.
This route may be called Monday, but it’s free, isn’t it?
It’s Takayama at a good pace in no time.
If you go to Takayama, it’s sightseeing, but I’ve been there many times, so this time I passed. ..
Let’s run the Abo Pass for the first time in a long time! !! I ran the Abo Pass in Kunekune, but the road is much rougher than before. 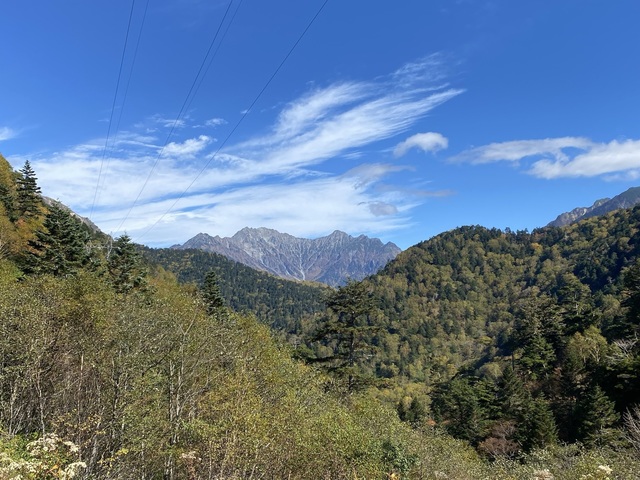 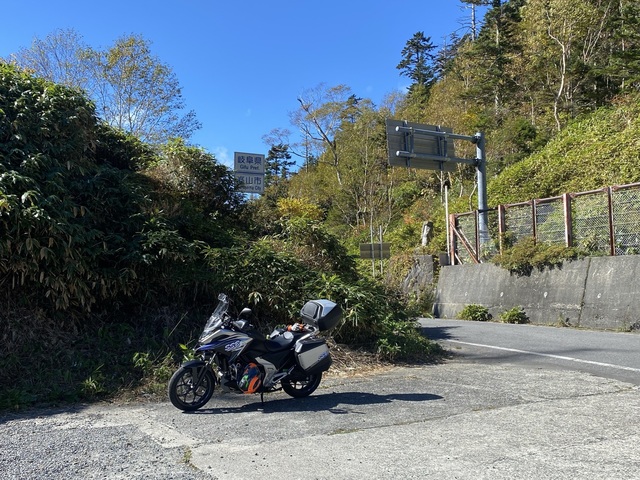 There used to be large buses and trucks running on this road ~
I couldn’t turn all at once, so it took more than 2 hours to get out of the road due to heavy traffic during consecutive holidays ~
I was running while remembering what.

From Matsumoto, I went south on the Chuo Expressway and returned at once at the Yanagisawa Pass as usual.
The total mileage this time is 1577 km
Average daily 437km, skipping the first day
Tottori touring is over with remorse that I’m running a little too much this time.